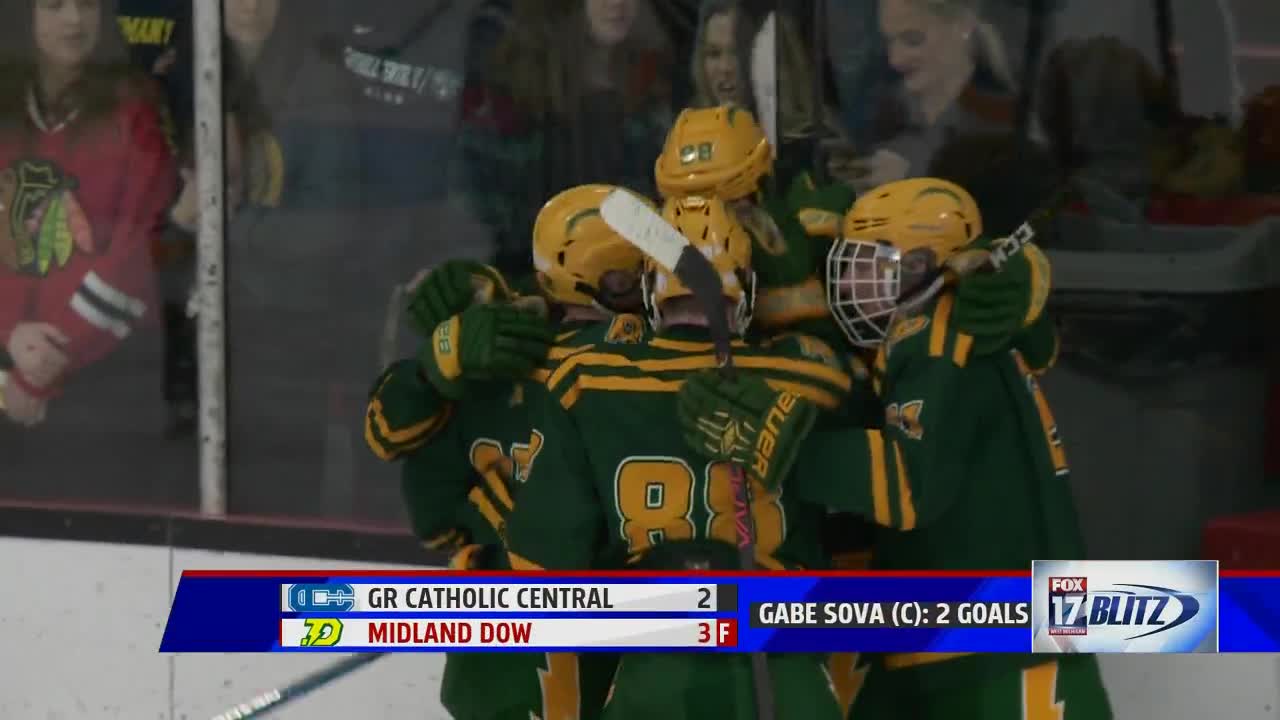 Midland Dow would answer just minutes later to knot it at one. Minutes after that, Sova would toss another bouncing puck on net which would go five-hole to give Catholic Central a 2-1 lead at second intermission.

Minutes into the third period, the Chargers would answer to tie the game 2-2. The game would go into a third overtime where Midland Dow would win it, 3-2 to advance to the state semifinals.