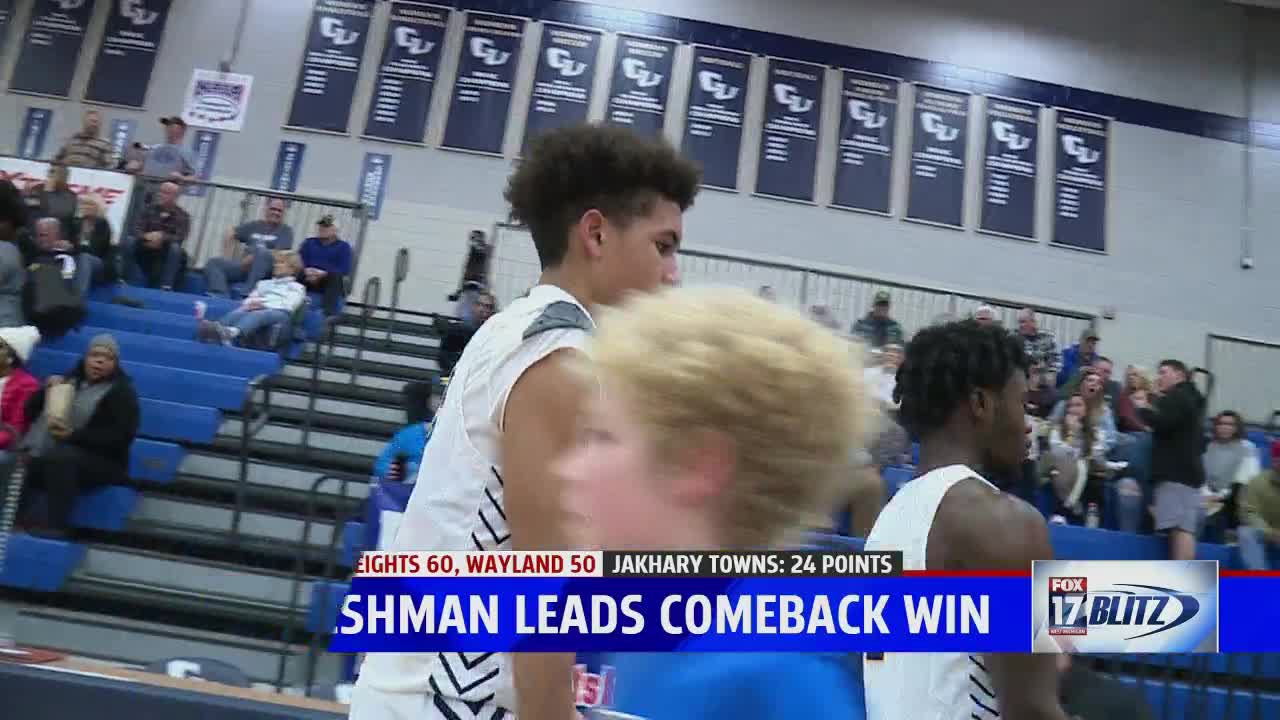 GRAND RAPIDS, Mich. — Jakhary Towns has been making some noise early on in his varsity career. The Godwin Heights freshman scored 29 points in a 68-62 loss to Hudsonville and followed up the performance with 24 points in the comeback victory over Wayland on Thursday.

"My teammates were finding me and moving the ball, I just had to knock down the shots," Towns said and as for his hot start through his first five games he added, "I never expected games like this."

The Wolverines trailed by ten after a quarter of play and by eight at halftime before storming back to the 60-50 win.

"In the locker room, coach talked to us about putting our hands up and getting out to close out on shooters and play hard," Towns said, "In the second half we did that and came out with the win."

Head coach Tyler Whittemore knew what kind of player Towns could be this early.

"Jakhary has been playing some big time games in the summer time and things like that," he said on his freshman guard. "We knew he could handle the moment, he plays a lot of minutes but to get his teammates involved and run the floor, stay within himself and not pressure anything, it's been good for the team."