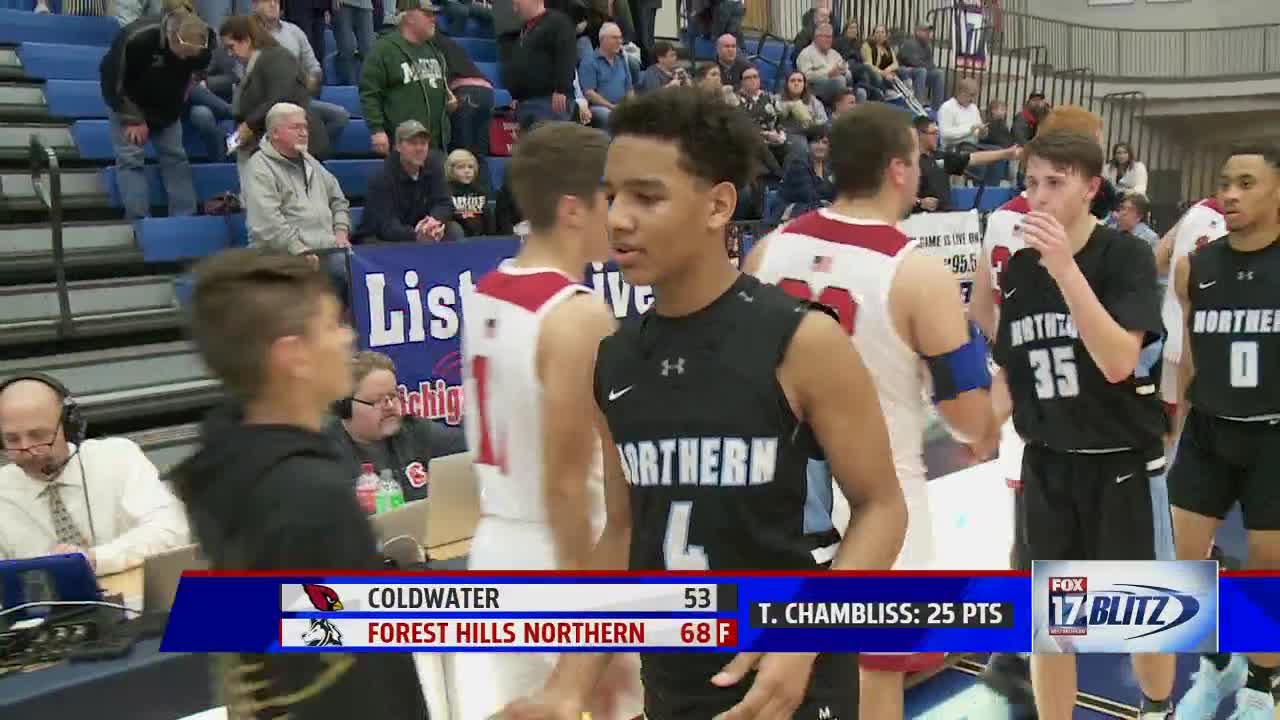 GRAND RAPIDS, Mich. — Forest Hills Northern shot just 2-of-16 from the field in the opening quarter as the Huskies stared an 18-6 deficit in the face. However, after trailing by nine at the half, the Huskies went on a run fueled by junior superstars Trindiad Chambliss and Ethan Erickson, the usual leaders. Northern would outscore the Cardinals 24-3 in the third quarter before winning, 68-53.

"In the second half we were able to create some opportunities with our defense but we also kept the ball hot offensively," head coach Joe Soules said. "Trinidad touched it, Ethan touched it, and Danny Gutierrez in the second half, that's the best I've seen him play."

Speaking of role players, that's what Erickson and Chambliss credit Friday night's success to as the duo combined for 49 points.

"It's a lot easier when we have role players like [Ethan] Morello and Cole [Rynbrandt] that enjoy being role players and moving the ball and getting us our points, a lot of credit to them too," Erickson, who finished with 24 points and 8 rebounds, said.

While the two points on the stat sheet may not show it, players like Ethan Morello were another big reason why the Huskies pulled away as he recored seven rebounds.

"It's not always that we start knocking down shots, it's just we up the energy, play defense and force turnovers and we did hit some outside shots and shared the ball more," Morello said.

The Huskies improve to 2-1 on the new season and will face Hudsonville on Monday night in the Blue Division championship at Cornerstone University.