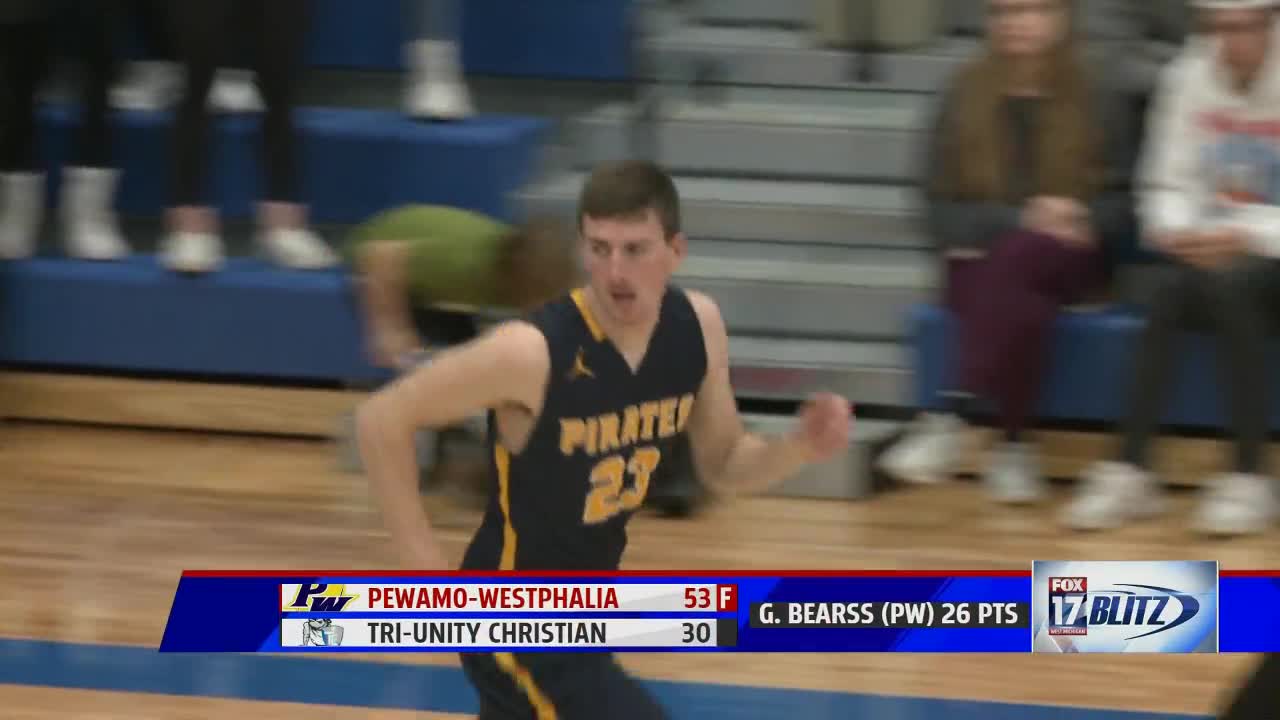 The Pewamo-Westphalia defense was up to its old tricks on Friday night with the 53-30 win over Tri-Unity Christian. The Pirates held 10 opponents to 35 points or less last season while this season's team has already done it in three of the four games.

"It's a big game for us because all of their history," senior Aaron Bearss said, "it's a big momentum builder, especially during Christmas Break. We can come back and get into school and keep it rolling. I thought we executed pretty well," he added.

Head coach Luke Pohl was impressed with the Pirates effort in the showdown between two teams that played at the Breslin Center last season.

"I thought we were really good on the glass," Pohl said. "We work on our defense quite a bit, I really didn't think it was that good. I think we can do a lot better, they were able to get to the rim a number of times and we had kids who didn't take charges. We take great pride in our defense," Pohl added.

The Pirates improve to 3-1 on the season and will face Saranac on Tuesday on the road.