Lowell senior goes out on top at individual state 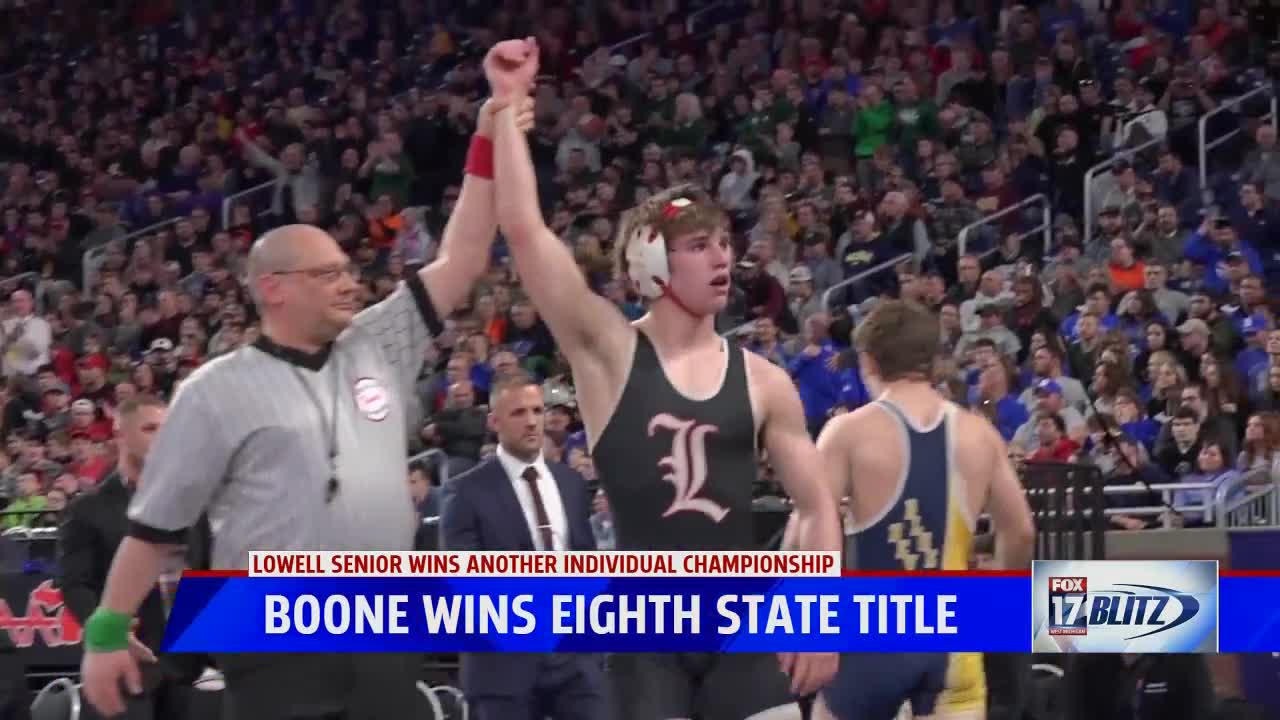 DETROIT, Mich. — On Saturday, Lowell senior Austin Boone achieved what only one other person in the entire state has ever accomplished.

Boone won another individual state championship in the 145 pound weight class to give him his eighth career state title, four as a team and four individual.

It's something Boone saw coming, so much so that he wasn't surprised afterwards.

"It's great," he smiled, "it's something I've been planning on my entire high school career."

Brent Metcalf of Davison is the only other wrestler in Michigan wrestling history to win eight state championships (2002-05).