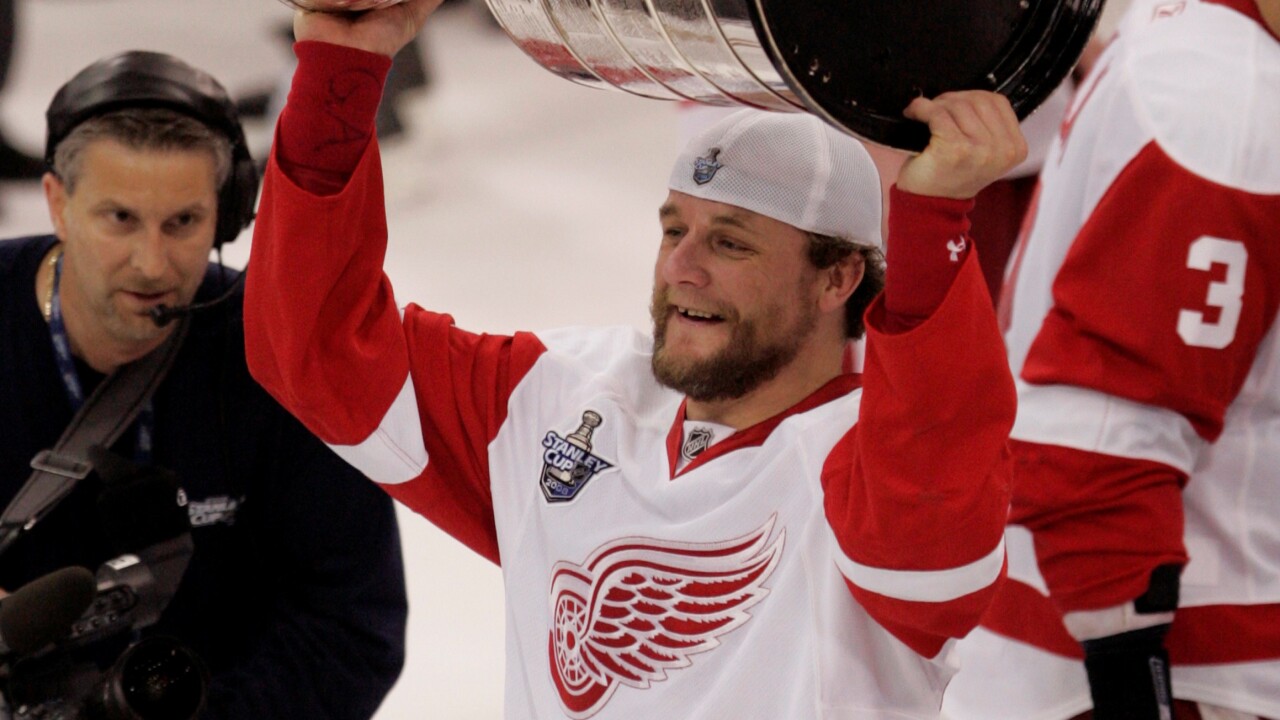 Darren McCarty grew up in Canada, just forty minutes from Detroit and loved hockey from the start.

"Find your passion," McCarty said, "find something you just want more than anything and for me, it was hockey, I wanted to be a hockey player."

McCarty admits he was an average player growing up but simply worked hard and put in the time to get better.

"I was that kid that they said, 'you'll never make it, like come on, what's your reality check?'" McCarty added.

That is until he was 16 years old playing junior hockey when his coach told him he had to find something that he did better than 99-percent of other players. That's when McCarty found his role in the sport.

He would be drafted in the second round of the 1992 NHL Draft by the Detroit Red Wings and quickly became a fan favorite for his physical play and the way he stuck up for his teammates.

"You can do stuff to me all day long, I'll figure out how I'm going to retaliate or what I'm going to do about it," McCarty explained, "but the moment you go after one of my guys, I will rip your throat out."

As a four-time Stanley Cup champion, McCarty says he was living the life of a rockstar while playing but after retiring in 2009, that quickly caught up to him.

"You win the cup and go into the sunset, life's great and everything else, that's not the way life works," he said.

He became an alcoholic and nearly lost his life because of it.

"When you're everything to everybody else but don't know who you are, that's a very dark, dangerous place. On November 11, 2015, I was literally 70 pounds heavier, my organs were going to explode, that's how bad of shape I was in."

Now, the Red Wings fan favorite is celebrating five years of sobriety and wants to serve as an inspiration to those seeking help.

"If you're not happy with who you are or where you are, you can change, you can get out of it, I just want to be a driving force of proof to that," he said.

McCarty is now an advocate for canabis and says the plant saved his life after his alcohol abuse. He's also a radio host on Friday nights on WJR in Detroit but most importantly he says, he's a people person and wants others to know they aren't alone in their struggles.

"There have been a lot of different versioons of me at places but where I am right now and what I'm doing, I found my mission to help people," McCarty added.

You can learn more by going to Darren's website.