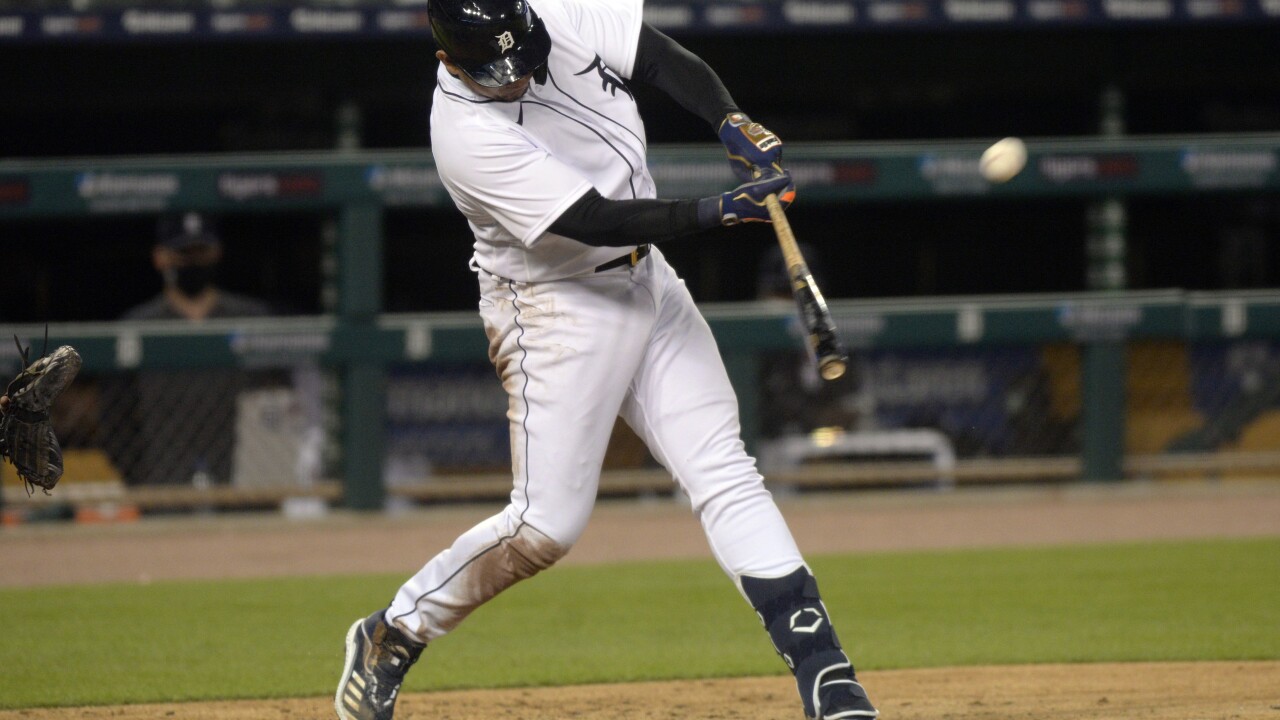 DETROIT -- Miguel Cabrera hit a homer and a double to help the Detroit Tigers beat the Kansas City Royals 6-0 on Tuesday night.

Jakob Junis (0-2) started in place of Danny Duffy, who missed the team's flight to Detroit. Junis gave up five runs and seven hits over 2 1/3 innings.

Detroit had lost three straight and 10 of its last 13 games. Kansas City had won six straight.

The rebuilding Tigers (21-26) and last-place Royals (20-29) are the two teams in the AL Central with losing records, making developing prospects even more of a priority during the pandemic-shortened season.

Kansas City failed to capitalize on a good chance to score in the first inning when Whit Merrifield led off with a double and reached third on a stolen base with one out. Merrifield did not score on a play at the plate in which he did not slide after Salvador Perez hit a grounder to drawn-in shortstop Willi Castro.
Niko Goodrum, in his first at-bat after being on the 10-day injured list, hit an RBI single in the first. Jorge Bonifacio, released last year by Kansas City, followed with a two-run double to give Detroit a 3-0 lead.

That was plenty of support for Boyd, who struck out five and walked four. His 105-pitch outing ended with two on and two outs in the sixth and Edward Olivares hit into an inning-ending groundout.

Royals: IF Matt Reynolds cleared outright waivers and was sent to Triple-A.

Tigers: C Grayson Greiner was optioned to to the team's alternate training site and C Eric Haase was recalled from Toledo, Ohio.

TRAINER'S ROOM
Royals: RHP Matt Harvey left the game after the team's athletic trainer visited the mound in the sixth. Harvey struck out the first two batters he faced before giving up a homer, double and single.
Tigers: Infielder Jonathan Schoop was put on the the 10-day DL with a sprained right wrist.

UP NEXT
Royals: Rookie Brady Singer (2-4) is scheduled to start after not giving up a hit until there were two outs in the eighth inning against Cleveland last week.
Tigers: Rookie Tarik Skubal (1-2) is expected to be on the mound after giving up six runs over just two innings against St. Louis.