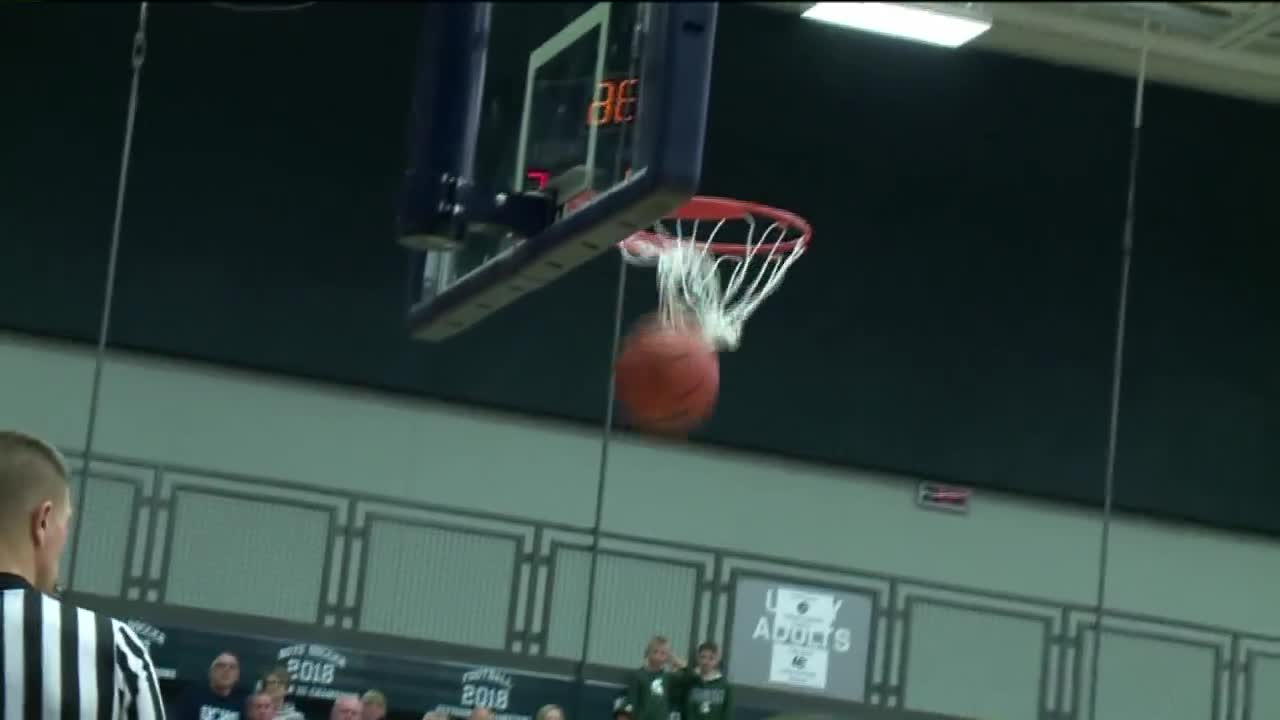 The Falcons (14-7) started hot from the outside as senor Bryce Nyboer scored their first 11 points, he finished with 17. Braden Kleyn, who hit seven threes and scored 21 points, helped Allendale to an eight point lead (19-11) in the first quarter.

Unity Christian would go on a 17-1 run and would lead by eight at the break.

Falcons six-foot-11 senior Ryan Corner scored 15 of his 18 points in the second half as Allendale pulled to within one point (64-63) with 2:10 to play in the game, but Corner fouled out 20 seconds later and the Crusaders were able to hold on.

Unity Christian made 13-17 at the free throw line in the fourth quarter and 18-23 for the game.

Isaac TeSlaa added 10 points for the Crusaders who will host Wyoming Lee (4-16) Wednesday in a semifinal.