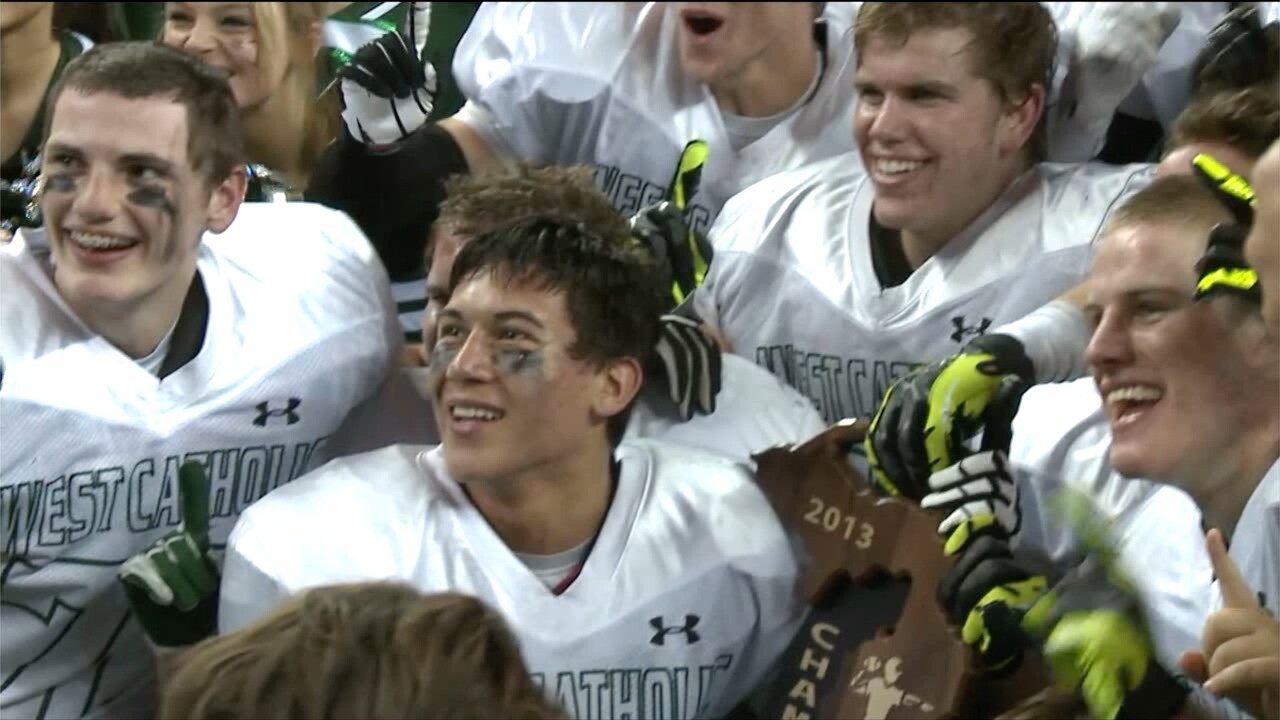 GRAND RAPIDS, Mich. — Tonight during Blitz: Back in the Game, we're looking back at the 2013 West Catholic Falcons football team and their state title run.

The Falcons started the season 0-3 and 1-4. But they rallied to win their final four games, including the final regular season game by a point (21-20 over Forest Hills Eastern) to get into the playoffs.

The Falcons won road games against Portland, Lansing Catholic Central and Olivet to advance to the semifinal where they blanked Livonia Clarenceville 35-0.

In the Division 5 state championship game, West Catholic met Menominee, the school it had eliminated the previous three seasons in the state semifinals.

West broke open a 7-7 game in the third quarter on a Travis Hoving to Bryce Witham 30-yard touchdown pass on a fake field goal. The play was called "Lulu" after head coach Dan Rohn's late mother.

The title was the second in four years for West Catholic, who also won it in Division 5 in 2010.

The Falcons would go on to win the next four state championships in Division 5, becoming just the third school in Michigan history to win five football state titles in a row.

Mitch Stanitzek helped lead the Falcons to the state championship in 2013 with seven receiving touchdowns and 117 tackles after playing in just two games as a junior in 2012 due to injury.

Stanitzek went on to have an outstanding career at Central Michigan, seeing action as a true freshman in 2014 and serving as a team captain in 2018.