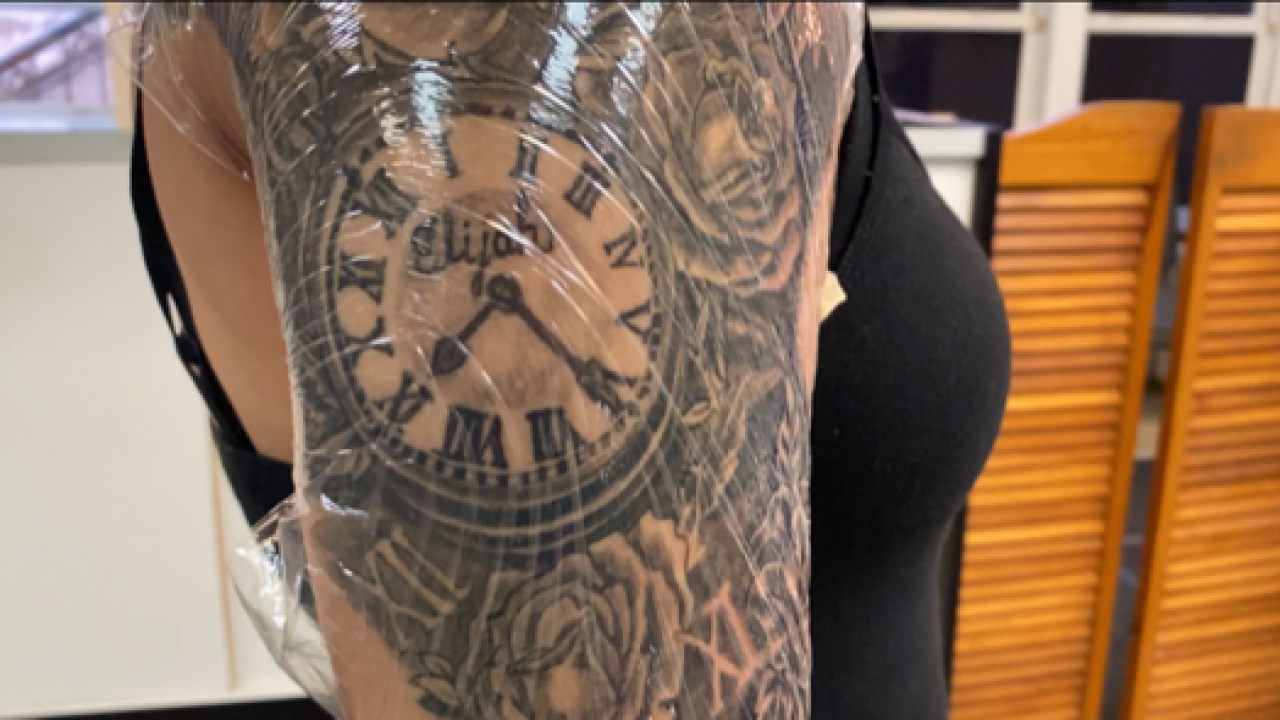 HASTINGS, Mich. — West Michigan tattoo artists are happy to be back at work after a three-month shut down due to COVID-19.

It’s a day that couldn’t come soon enough for Busker, who returned to the chair at the Thirsty Needle in Hastings to finish up the half-sleeve tattoo dedicated to her son.

“I have the clocks stopped on the time he was born with his date of birth in the Roman Numerals,” said Busker. “Something to show off that I’m proud of my child and I’m a proud mom.”

For her tattoo artist and shop owner, Corey White, he’s proud to still be in business. The shop shut down March 14 and hasn’t made any money.

According to White, he’s fielded around 40 phone calls and tattooed four people, which for his small studio, is a lot in one day. He doesn’t expect it to slow down with appointments booked through the end of the week.

White explains in addition to the numerous sanitizing protocols for tattoo parlors, his is requiring customers to wear masks, schedule appointments, check their temperature, and stay six feet apart when they’re not getting work done.

“I don’t make the rules, we’ve just got to follow them,” said White.

Busker appreciates the measures and believes they will make other customers feel safe.

“I feel like everything in here has been sterilized really well,” said Busker. “In fact, just sanitizing the pens that you’re using, you’re wearing a mask upon arrival, that way there’s no transmission.”