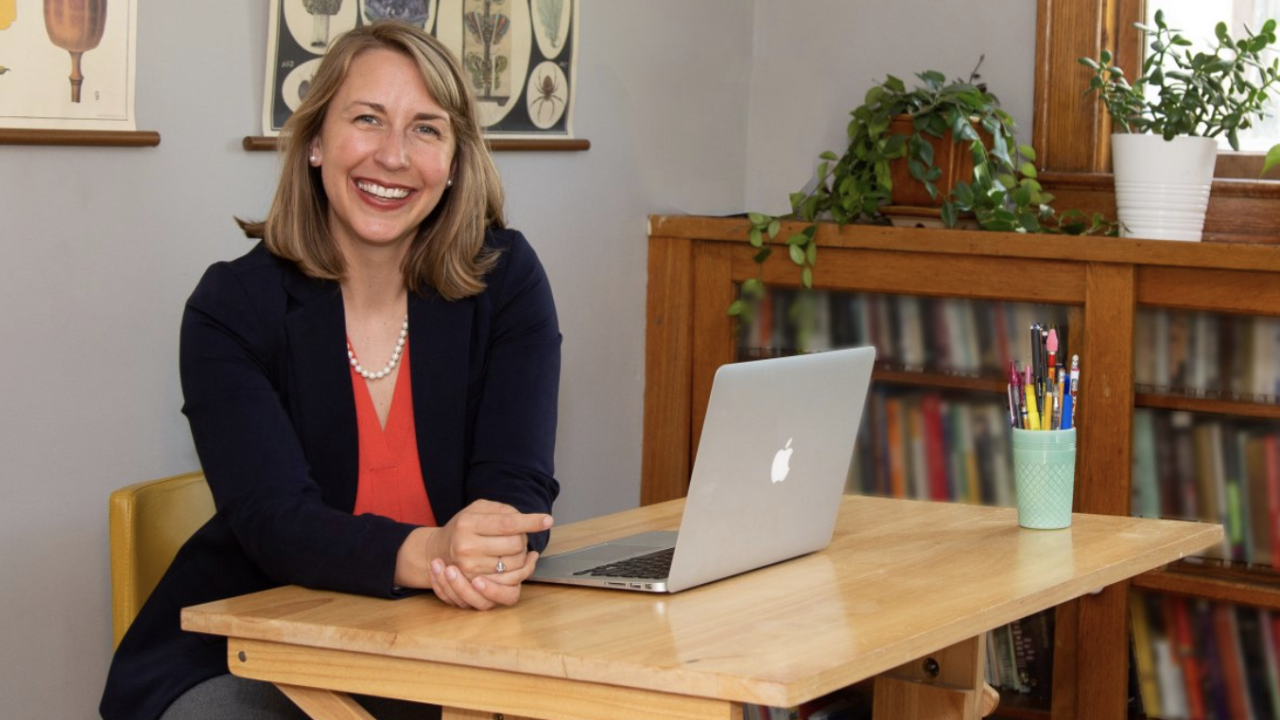 Boundaries for the district include Cedar Springs to the north, Ionia and Calhoun counties to the east and Barry County in the center, and includes the city of Grand Rapids.

Scholten faces Republican Peter Meijer in a race garnering attention across the country.

Health care, the economy, education, infrastructure and civil rights make are some of the legislative issues Scholten plans to focus on if elected.

Scholten’s health care priority will be finding immediate, common-sense solution to bringing down the cost of care – especially in regard to prescription drugs.

“The global COVID-19 crisis reminds me daily that the health care system in our country is broken,” Scholten said on her campaign website. “There is no bigger issue facing Michigan families right now than the rising cost of health care. There is something terribly wrong when working families have to rely on the charity of their communities and kick-starter campaigns to afford cancer treatment or their child’s medication.”

Scholten says she will defend the Affordable Care Act and work to expand on it, including working to create a public option like Medicare for all Americans who want it.

With so many employers and employees alike impacted by the effects of the COVID-19 pandemic, Scholten wants to ensure every West Michigan small business receives aid toward recovery and is guaranteed to get the same opportunities as large corporations.

“My mom was a public school teacher and MEA member,” Scholten said on her campaign site. “Watching her go above and beyond to help her students taught me the importance of hard work, the dignity of work and how unions helped build the Michigan economy.”

She also mentions how her time working in manufacturing influenced her views.

“While in high school, I worked on the Assembly Line at Royal Plastics,” Scholten said. “I saw how West Michigan families rely on Michigan manufacturing. To help thousands of families and workers across West Michigan, we must strengthen American manufacturing and have strong trade laws that protect Michigan workers.”

“The difference a strong school and a good teacher can make has always been clear to me,” she said. “Growing up, my mom was a special education teacher in Grand Rapids Public Schools. I saw the way her work impacted her students, many of whom came from less fortunate homes. And after working my way through college and law school, my own education opened up opportunities for me I never dreamed possible. I want to make sure my own sons have the educational opportunities to succeed here in Michigan.”

She also wants to expand job training and apprenticeship programs so that Michiganders who don’t go to college can still learn a trade a prepare for 21st-century jobs.

Scholten wants to bring back the quality roads and infrastructure she says the state used to be known for.

“It used to be that Michigan had some of the best roads in the country, and now you can tell when you’ve crossed into Indiana or Ohio – because the car stops shaking,” Scholten said on her campaign site. “Our roads are a danger to our safety, they cost the average Michigander hundreds of dollars in repairs a year and they will only get more expensive to fix as they get worse.”

Her plans to fix this issue include advocating for the state’s fair share of road funding from the federal government.

Right now, Michigan gets a lower share of federal funding for our gas tax dollars than the average state, according to Scholten.

She also plans to get the standards and weight limits for Michigan roads in line with the rest of the country and make sure roads get fixed the right way, with the right materials.

Civil rights have become a hot topic since late spring, with protests and riots breaking out across the country as Black individuals were shot or killed by police officers.

Other issues that have come up include redistributing funding from police departments to community social initiatives.

The Grand Rapids Police Department, for example, unveiled the final draft of a three-year strategic plan to “transform policing” by better engaging with the community.

The plan includes action steps that focus on a neighborhood-based policing model that engages the community.

“Our country was founded on the prevailing notion that the guarantees of life, liberty and the pursuit of happiness are fundamental,” Scholten said. “For far too long, these guarantees have only belonged to a privileged few. We need to expand our civil rights and civil liberties protections so that all individuals, regardless of race, religion, national origin, age, sexual orientation, disability, gender identity, familial status, marital status, etc. Can access these same guarantees.”

Scholten’s plan for criminal justice reform involves rethinking how communities are kept safe, who is getting incarcerated and for how long.

Scholten wants to end the incarceration of more nonviolent drug offenders, as well as retroactively addressing injustices created by those still in jail for cannabis convictions.

In Michigan, Gov. Gretchen Whitmer recently signed a series of criminal justice reform bills that will expunge certain criminal records in the state.

Read Scholten’s full plan, including her stances on other issues, here.