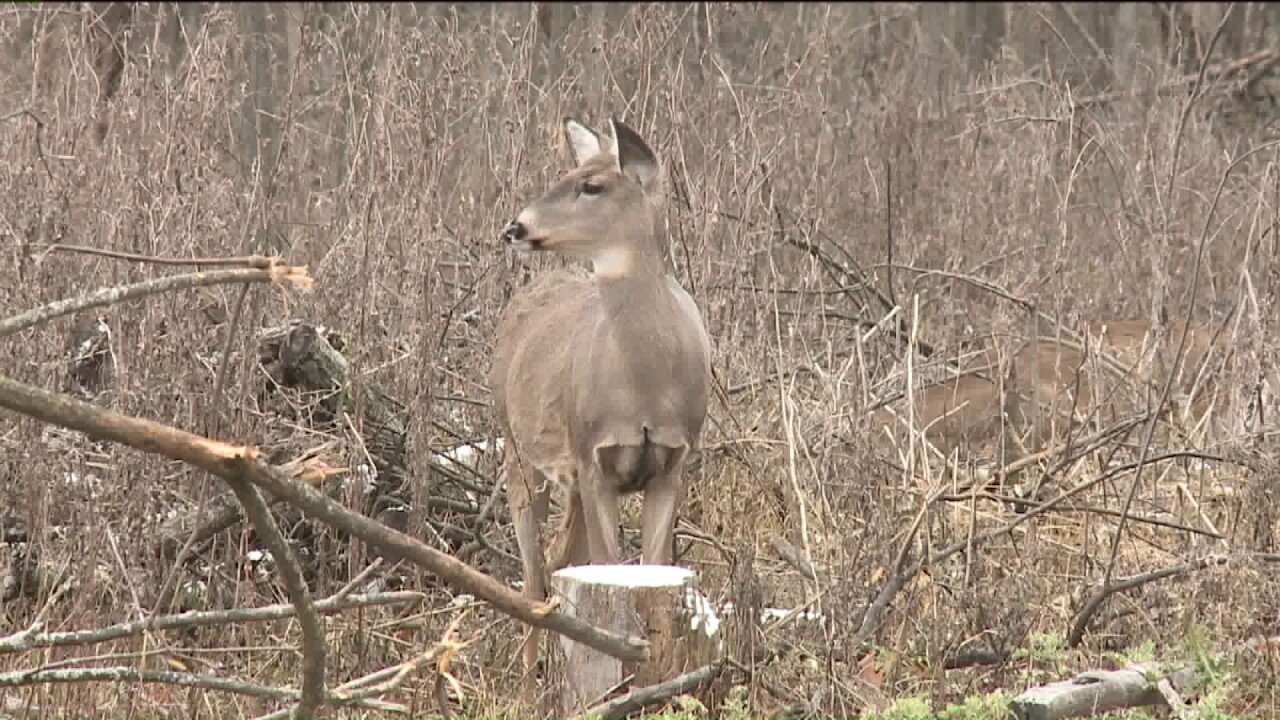 LANSING, Mich. — A Michigan lawmaker has introduced a bill that would drop the fee for violating the ban on deer baiting to $1.

Republican Sen. Jim Stamas introduced the legislation Thursday, which would drastically reduce the penalties for violating the ban. Baiting is currently illegal in most of Michigan and violators can be punished with fines, up to 90 days in jail and losing a hunting license.

In December, Gov. Gretchen Whitmer vetoed legislation that would have ended the ban altogether. A department of Natural Resources spokesperson said in December that baiting and feeding animals concentrates them beyond their normal movement patterns and increases the likelihood of disease transmission.

Stamas says ending the baiting ban would help reduce the size of Michigan’s deer herd, which would reduce the chances of deer spreading bovine tuberculosis and chronic wasting disease.

“We’ve spent over $150 million since 1998 on bovine TB and still haven’t solved the problem. It’s disappointing and upsetting that state officials continue to pursue the same strategy that has failed to protect Michigan cattle farmers and failed to eliminate bovine TB in our state,” Stamas said in a release.

The bill is currently under review by the Natural Resources Committee.

A DNR spokesperson said the department hasn't yet been able to review or analyze the legislation, but it still continues to support the banning of baiting and feeding in areas of known disease occurrence.