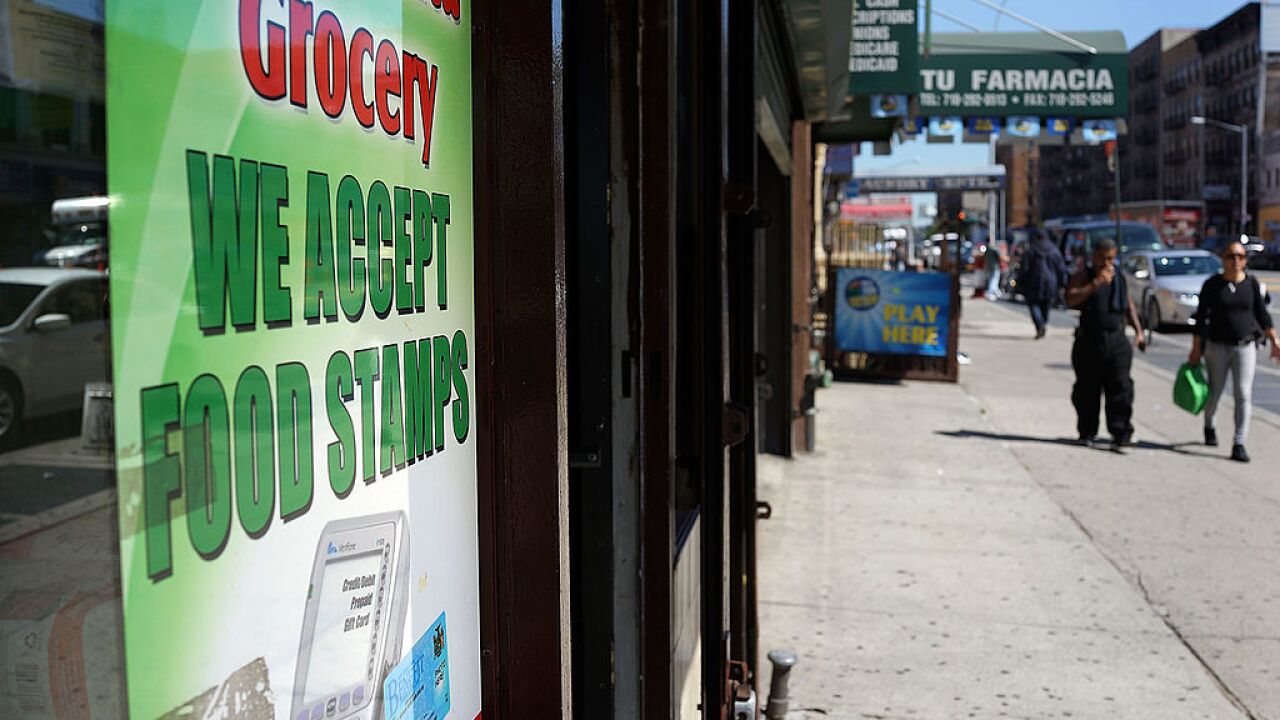 A group of 14 states, New York City and Washington, D.C. filed a lawsuit Thursday to block the Trump administration from enacting a new rule that could potentially impact thousands of food stamp recipients.

The new rule, finalized by the U.S. Department of Agriculture in December, would change a work requirement that could impact unemployed people who currently receive benefits under the Supplemental Nutrition Assistance Program, The Washington Post reports.

Slated to begin in April, the change would make it harder for states to get exemptions from a work requirement rule limiting adults to three months of food stamps within a three-year period unless they work or are in a work training program for at least 20 hours per week, according to Forbes. Previously, states could get waivers from this rule for areas without enough jobs. The new rule would raise the minimum unemployment rate in waived counties from 2.5% to 6%.

Only able-bodied adults between the ages of 18 and 49 without dependents would be subject to the rule.

The lawsuit against the USDA and Agriculture Secretary Sonny Perdue states that this change would affect 688,000 to 850,00 adults without children. The suit alleges "the rule directly undermines Congress’ intent for SNAP" and that "the USDA violated the federal rulemaking process," according to a news release.

“The federal government’s latest assault on vulnerable individuals is cruel to its core,” New York Attorney General Letitia James said in a news release. “Denying access to vital SNAP benefits would only push hundreds of thousands of already vulnerable Americans into greater economic uncertainty. In so doing, states will have to grapple with rising healthcare and homelessness costs that will result from this shortsighted and ill-conceived policy.”

When announcing the rule change in December, Perdue said in a statement that it "lays the groundwork for the expectation that able-bodied Americans re-enter the workforce where there are currently more job openings than people to fill them."

According to the latest data from the USDA, nearly 40 million people receive SNAP benefits. That means the rule change would impact roughly 2% of all food stamp recipients.

Read the lawsuit below or see it here.