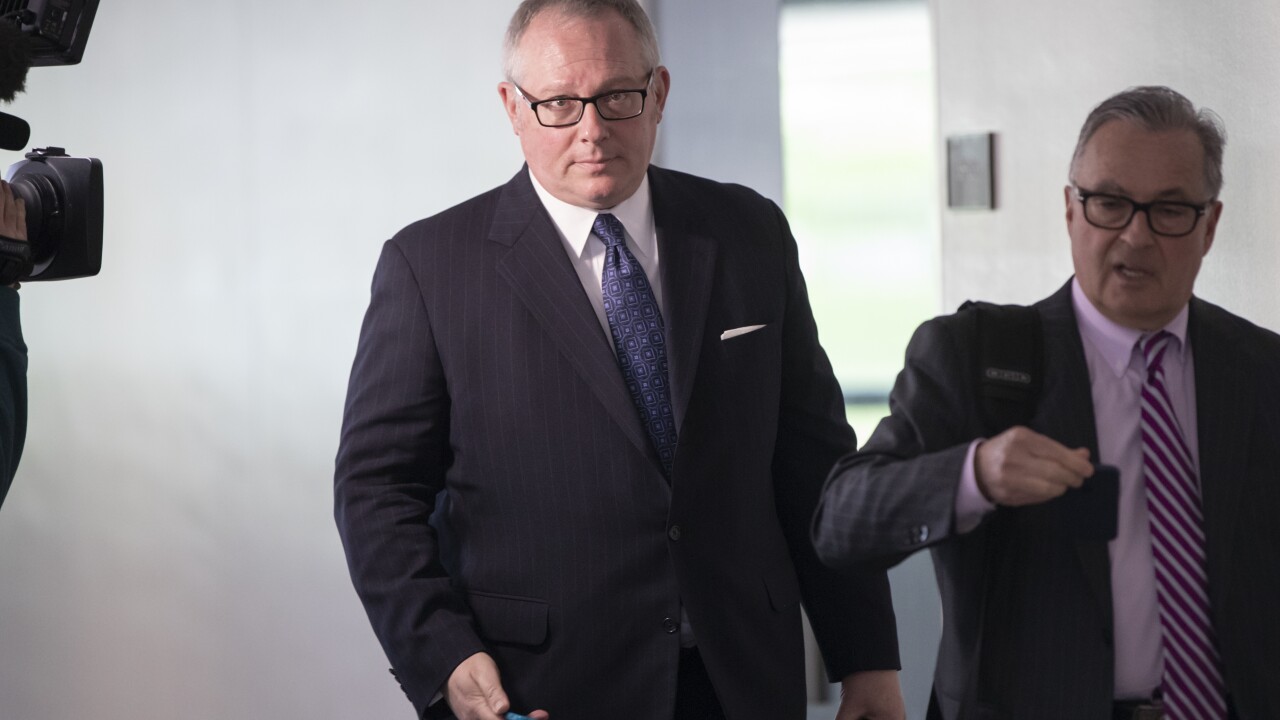 Copyright 2018 The Associated Press. All rights reserved.
J. Scott Applewhite/AP
FILE - In this May 1, 2018, file photo, Former Donald Trump campaign official Michael Caputo, left, joined by his attorney Dennis C. Vacco, leaves after being interviewed by Senate Intelligence Committee staff investigating Russian meddling in the 2016 presidential election, on Capitol Hill in Washington. A House subcommittee examining President Donald Trump’s response to the coronavirus pandemic is launching an investigation into reports that political appointees have meddled with routine government scientific data to better align with Trump’s public statements. The Democrat-led subcommittee said Sept. 14, 2020 that it is requesting transcribed interviews with seven officials from the Centers for Disease Control and Prevention and the Department of Health and Human Services, including communications aide Michael Caputo. (AP Photo/J. Scott Applewhite, File)

WASHINGTON (AP) — A Trump health appointee who is accused of trying to muzzle an important scientific publication in the midst of the coronavirus pandemic apologized Tuesday for a separate video in which he reportedly says scientists battling the virus are conspiring against President Donald Trump and warns of shooting in America if Trump loses the election.

Michael Caputo, the top spokesman for the Department of Health and Human Services, apologized to his staff for the Facebook video, said an administration official, who spoke on condition of anonymity to discuss internal matters.

Caputo says on a taxpayer-funded podcast that Democrats don't want a coronavirus vaccine until after the election to punish President Donald Trump.

News reports alleged last week that Caputo’s office tried to take over and muzzle a scientific weekly from the Centers for Disease Control and Prevention that publishes what is supposed to be authoritative, unvarnished information about disease-fighting efforts, including, most importantly at present, COVID-19.

Then on Monday came an account of the video on Caputo’s personal Facebook page in which he accused government scientists of conspiring against Trump and suggested violence could break out after the election.

HHS is standing by Caputo amid calls for his ouster.