In yet another distressing milestone amid the COVID-19 pandemic, more than 1 million people globally have now died of the virus, according to a database kept by Johns Hopkins.

The planet passed the milestone Monday, about nine months after the new disease was first identified in Wuhan, China.

Around the world, more than 33 million people are confirmed to have contracted the virus.

The planet reached the 1 million deaths threshold just days after the United States recorded its 200,000th death linked to the virus — a rate that continues to lead the world. The U.S. also leads all other countries with more than 7 million confirmed cases of COVID-19.

The U.S., India (about 6 million), Brazil (about 5 million) and Russia (about 1 million) lead the world with the most confirmed cases of the virus.

Worldwide, COVID-19 is spreading at the highest rates since the pandemic began. On Thursday alone, about 361,000 people were confirmed to have contracted the virus — by far the most daily confirmed cases on record. 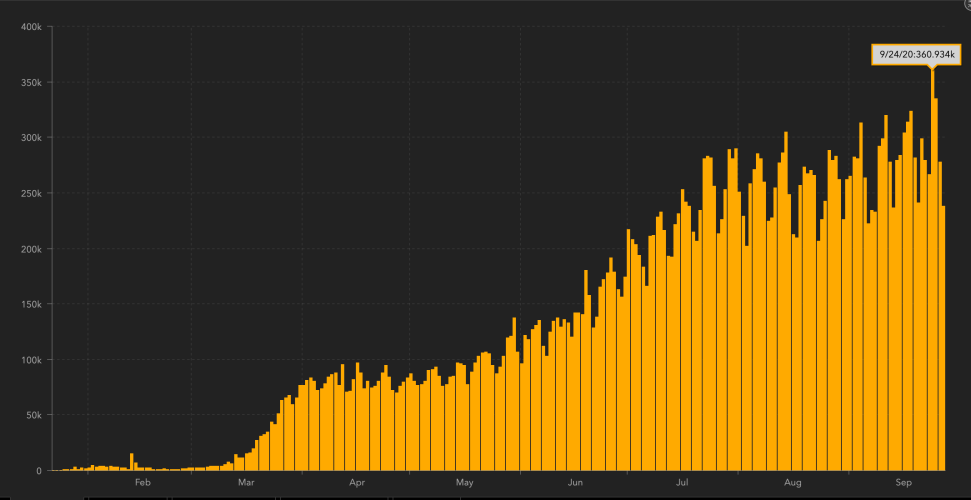 Deaths have largely held consistent since the summer months. 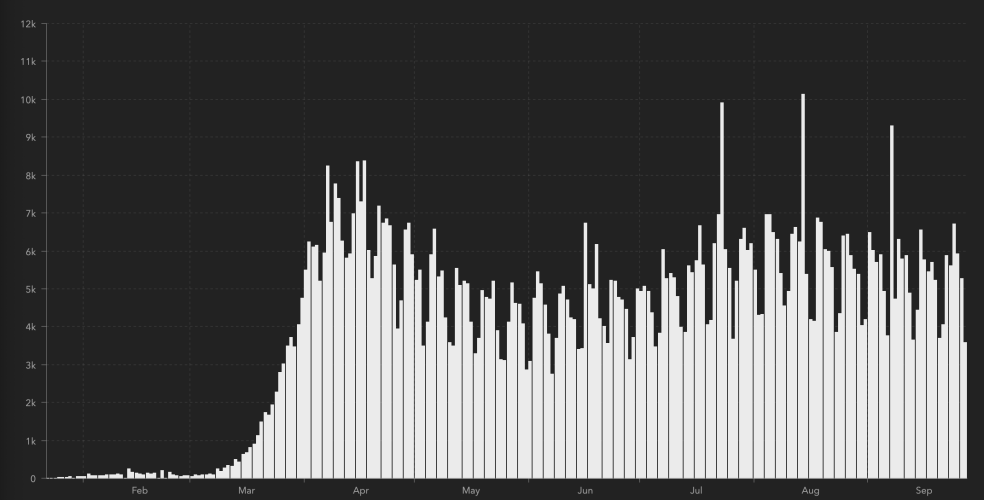 Public health officials urge people around the world to continue to wear masks, avoid crowds, stay six feet apart from others and opt for outdoor activities over indoor activities ahead of the winter months. With winter approaching in the northern hemisphere, officials are bracing for a spike in cases as people move indoors, where the virus is more likely to spread.