MLB discussing return: Games take place in Arizona with no fans, could begin as early as May 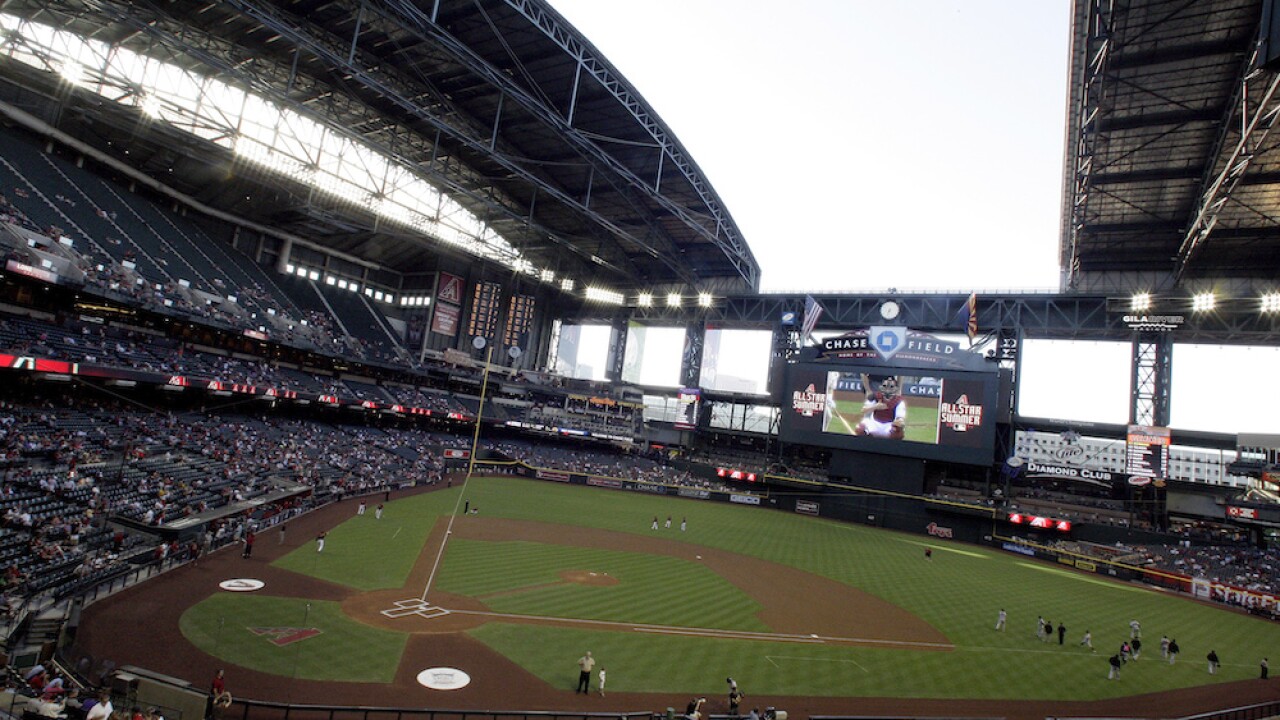 AP2011
Ross D. Franklin/ASSOCIATED PRESS
The roof opens at Chase Field prior to an MLB baseball game between the Arizona Diamondbacks and the San Francisco Giants Wednesday, June 15, 2011, in Phoenix. The Giants defeated the Diamondbacks 5-2. (AP Photo/Ross D. Franklin)

NEW YORK (AP) — People familiar with the discussion tell The Associated Press that putting all 30 teams in the Phoenix area this season and playing in empty ballparks was among the ideas discussed by Major League Baseball and the players’ association.

The sides held a telephone call to talk about paths forward for a season delayed by the new coronavirus pandemic. Ideas are still in the early stage.

Arizona’s advantage is 10 spring training ballparks plus the Arizona Diamondbacks’ Chase Field all within about 50 miles.

Scott Boras, baseball’s most prominent agent, said it might be the quickest method to start play. ESPN reports that some MLB officials hope that play could begin as early as May under the plan. The current plan would be dependent on an increase of COVID-19 testing capacity, as well as an increase in tests with short turnaround capacity.

However, some hurdles remain. According to ESPN, players would largely be isolated in hotel rooms when not on the oplaying field, and may go as long as four months without seeing their families, according to some projections. MLB also remains concerned about the possibility of the spread of COVID-19 to not only players, but umpires, managers and team exectuives — many of whom are older and more at risk.