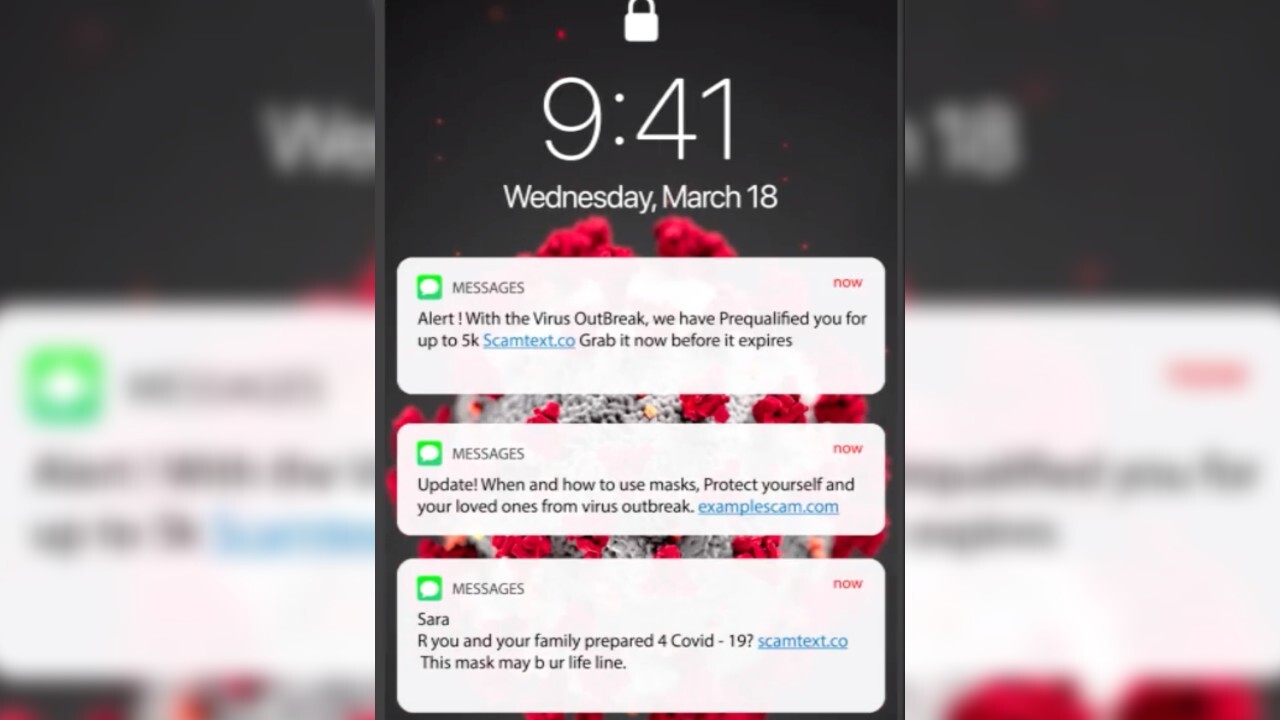 You knew it was only a matter of time before scammers used the new coronavirus to their advantage.

The Federal Trade Commission (FTC) says to watch out for websites that claim to have hand sanitizer or medical supplies for sale. It could be scammers who don't have any products and are just after your money.

RoboKiller provided an example of a text message that’s going around right now. The company, which sells software to help people block robocalls or texts, says it’s seen this one just in the last few days.

“There are two things that I think the ultimate goal there is for scammers, either click a URL that potentially has malware on it and install it on your phone, so they can steal your passwords, etc. or actually get you to buy something over the internet,” said Giulia Porter, RoboKiller Marketing Vice President.

If you pay, not only will the scammers have your credit card information, it's likely they won't send you the medical supplies or cleaning products they promised.

RoboKiller says be suspicious of phone calls that come from numbers not in your address book.

Calls might start with a recording. Scammers hope you'll be fooled into talking to a real person who will ask for personal information.

Here's an example of what could be said: “My fellow Americans, this is a Republican House survey. The coronavirus has just caused the Dow to drop 1,000 this week. Are you prepared for this crash? Press one to be connected."

There is still the common scam going around where some calls claim to be from the IRS or the Social Security Administration. Those agencies don't call you on the phone. They send you a letter.