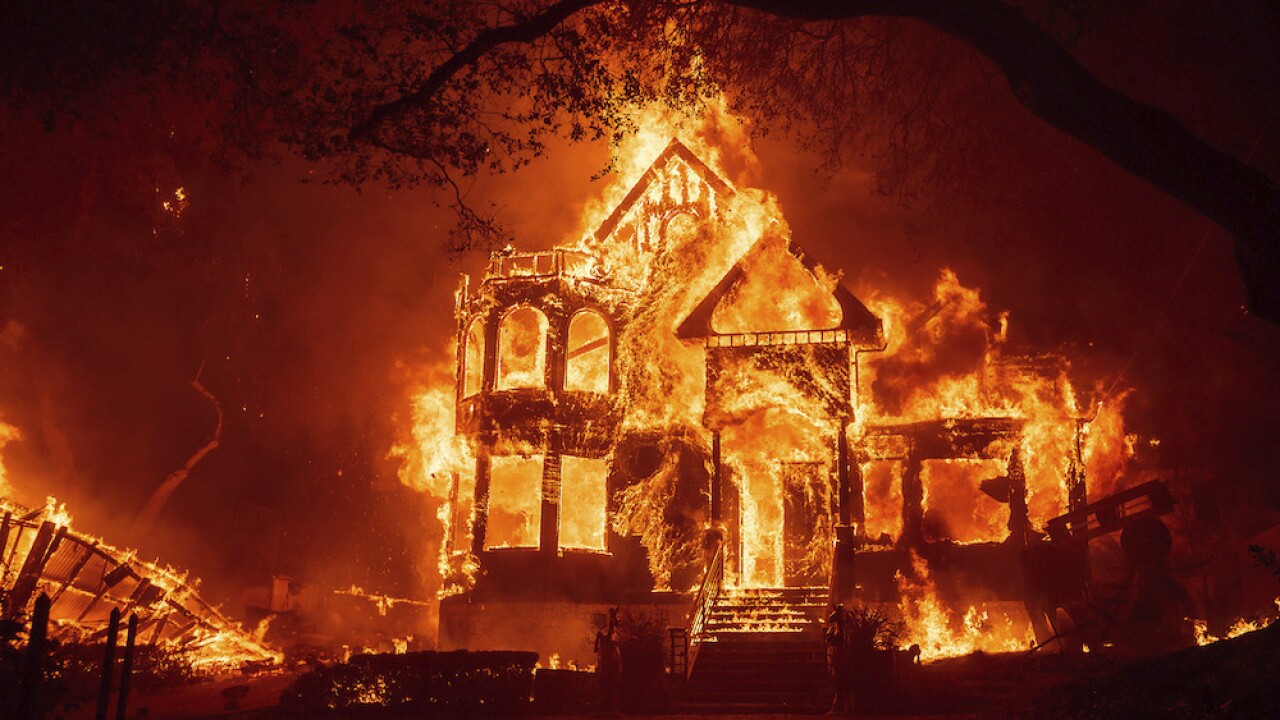 Thousands of California's weary wine country residents are confronting yet another devastating wildfire.

The Glass Fire has scorched more than 66 square miles and destroyed about 95 structures. It's the fourth major fire in three years in the Napa-Sonoma area. The region is nearing the third anniversary of a 2017 wildfire that killed 22 people. For many, seeing the blaze come over the iconic ridges was a painful reminder of the losses in 2017.

Since the beginning of the year, there have been over 8,100 wildfires that have burned well over 3.8 million acres in California, Cal Fire said.

This wildfire season has claimed the lives of 29 people after three more people died in the Zogg fire this week.