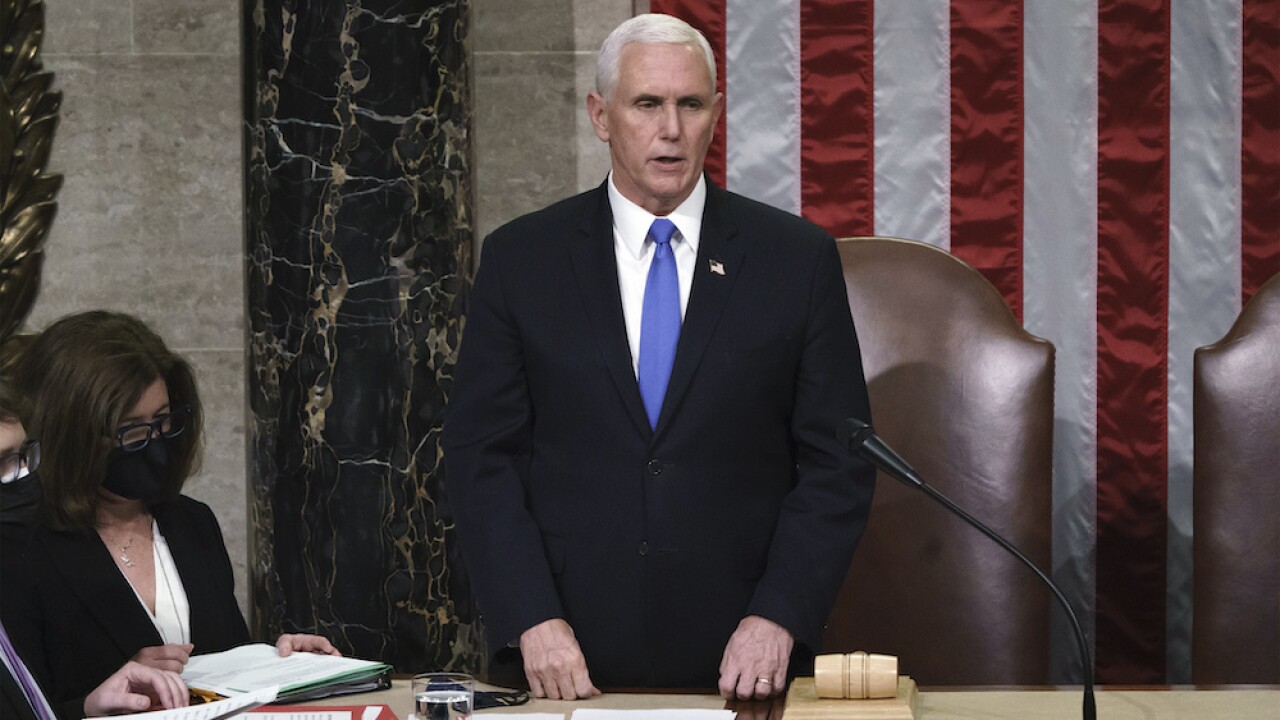 WASHINGTON (AP) — The House has voted to urge Vice President Mike Pence to invoke the 25th Amendment to the Constitution and hold a Cabinet vote to remove President Donald Trump from office — a symbolic action after Pence had already said he would not do so.

The House sent the message to Pence and Trump almost a week after an angry mob of the president’s supporters marched to the Capitol and violently invaded the building. The breach happened as Congress counted the electoral votes that confirmed Democrat Joe Biden’s presidential win.

The legislation was sponsored by Maryland Rep. Jamie Raskin, a Democrat and former Constitutional law professor who said the amendment was intended to be the “final mechanism for removing a president who is failing to meet the most basic duties of his office and indeed actually harming the Republic with his conduct.”

Raskin said the crisis “is not over yet” in Trump’s final week in office.

In a letter late Tuesday to House Speaker Nancy Pelosi, Pence said the mechanism should not be used “as a means of punishment or usurpation” but should be reserved for cases of medical or mental incapacitation.

The House is expected to vote to impeach the president Wednesday.