Democrat in congressional race against QAnon supporter drops out 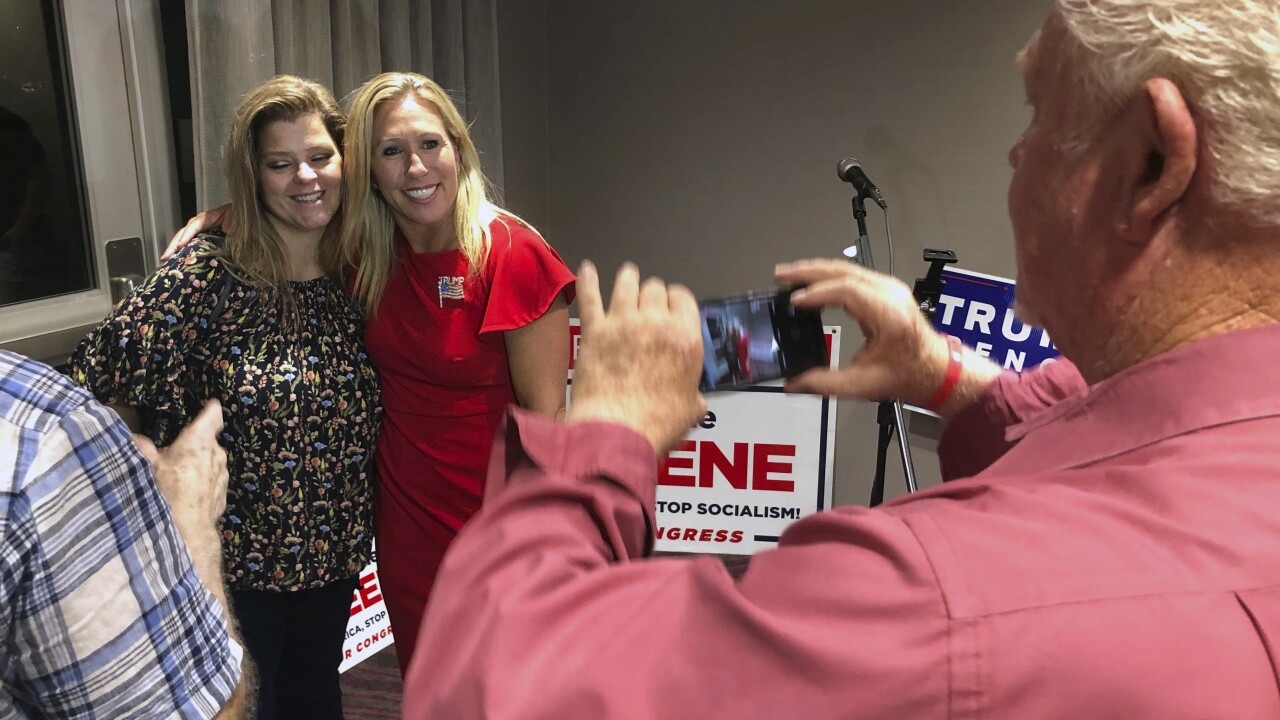 A candidate for Congress who has promoted controversial QAnon theories is currently not facing an opponent.

The Democratic candidate, Kevin Van Ausdal, was challenging Republican Marjorie Taylor Green to represent a district in northwestern Georgia. Friday afternoon, Van Ausdal tweeted a statement that he was withdrawing from the race for “family and personal reasons.”

“After lengthy discussions with my team, attorneys, party officials, and others, the answer was clear, stepping aside would be best for the voters. The next steps in my life are taking me away from Georgia, so I would be disqualified from serving in Congress and will give the Party a chance to put forward a candidate that can carry this fight to the end,” Van Ausdal said.

Georgia’s 14th Congressional District has been represented by Republican Tom Graves since 2012, and voted overwhelmingly for President Trump in 2016. Congressman Graves announced he was not seeking reelection a year ago.

Greene tweeted well wishes to Van Ausdal, then appeared to claim victory in the race, “As the Congresswoman from NW Georgia, I look forward to fighting for our Christian, American values and helping @realDonaldTrump pass an #AmericaFirst agenda!,” she wrote. “No one will fight harder against the radical, Socialist Democrats than me.”

2. As the Congresswoman from NW Georgia, I look forward to fighting for our Christian, American values and helping @realDonaldTrump pass an #AmericaFirst agenda!

No one will fight harder against the radical, Socialist Democrats than me.#gapolhttps://t.co/GClnkWlspD

Greene reportedly moved to the district to run for the congressional seat. She has gotten national attention for her support of baseless conspiracy theories, and has allegedly posted racist videos on her social media accounts.

Last week, Greene got pushback after posting an image of herself holding a gun alongside images of Democratic congresswomen Alexandria Ocasio-Cortez, Ilhan Omar, and Rashida Tlaib with the words "We need strong conservative Christians to go on the offense against these socialists who want to rip our country apart." Facebook removed the photo, saying it violated the platform's policies.

Also on Friday, Graves made his own announcement according to local media, saying he is planning to step down in October and will not finish out the term in January.

“I’m announcing this today to avoid surprises, and it just doesn’t seem right to kill time on the taxpayer dime. I plan to finish strong and will ensure any important transitional items are complete for my constituents in the 14th District,” a statement from Graves reads.