Biden, Pence greet each other with elbow bump as they cross paths at 9/11 event 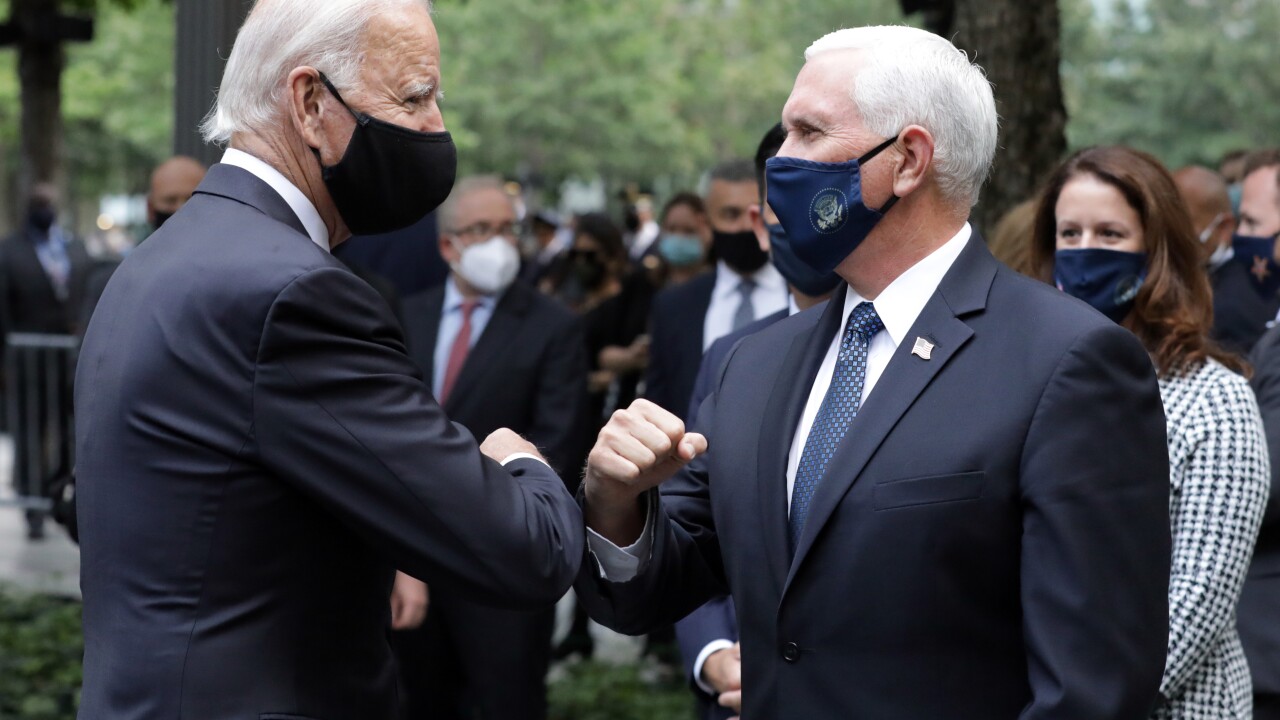 The former and current vice presidents were both masked and greeted each other with an elbow bump to help prevent the spread of the novel coronavirus.

The opponents were at Ground Zero to honor the lives lost there during the terrorist attacks 19 years ago. Their exchange on the anniversary of the 2001 attacks represents a brief pause to an already bitter presidential campaign.

Friday afternoon, Biden is expected to visit the Flight 93 National Memorial in Shanksville, Pennsylvania, which honors the passengers who stopped the terrorists who hijacked their plane from reaching their presumed target, the U.S. Capitol in Washington D.C.