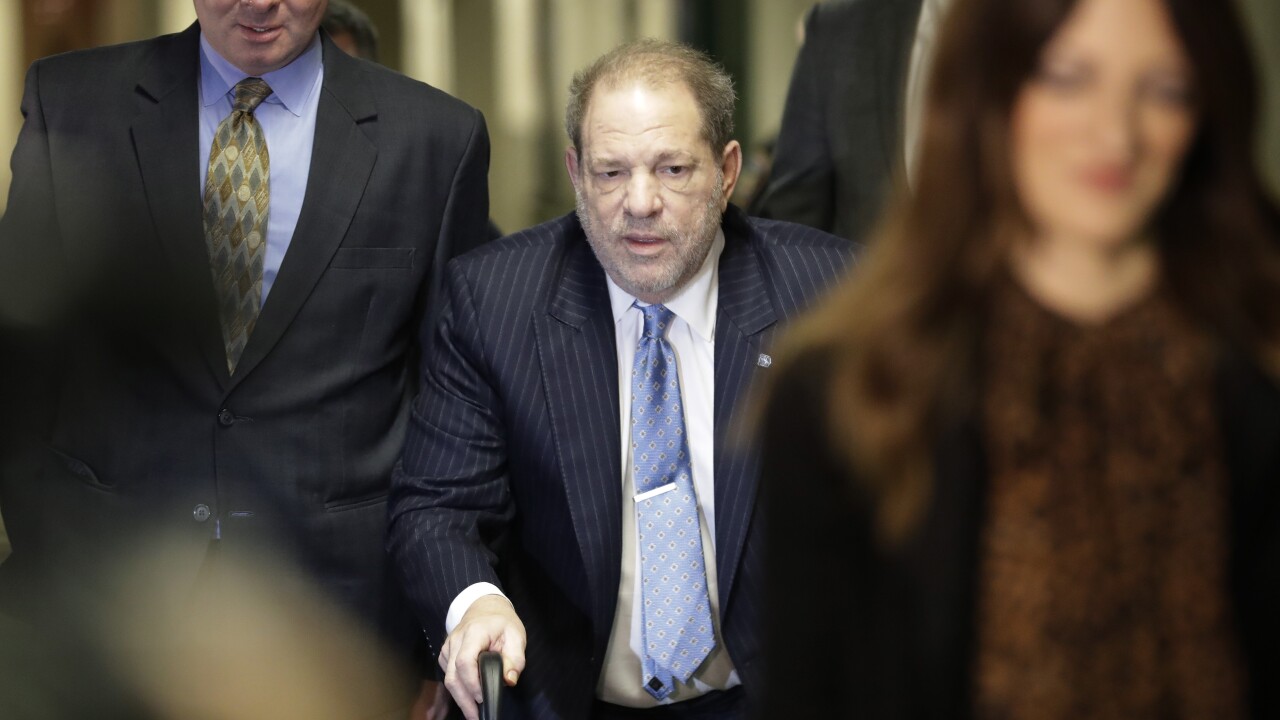 NEW YORK (AP) — Closing arguments at the Harvey Weinsten rape trial are set to begin with the jury hearing first from a Chicago attorney who's taken #MeToo movement heat.

Donna Rotunno faces the tricky task Thursday of convincing jurors that there are too many inconsistencies and contradictions in the testimony of six Weinstein accusers to convict the former movie mogul.

The 67-year-old Weinstein is charged with raping a woman in a Manhattan hotel room in 2013 and forcibly performing oral sex on a different woman in 2006.