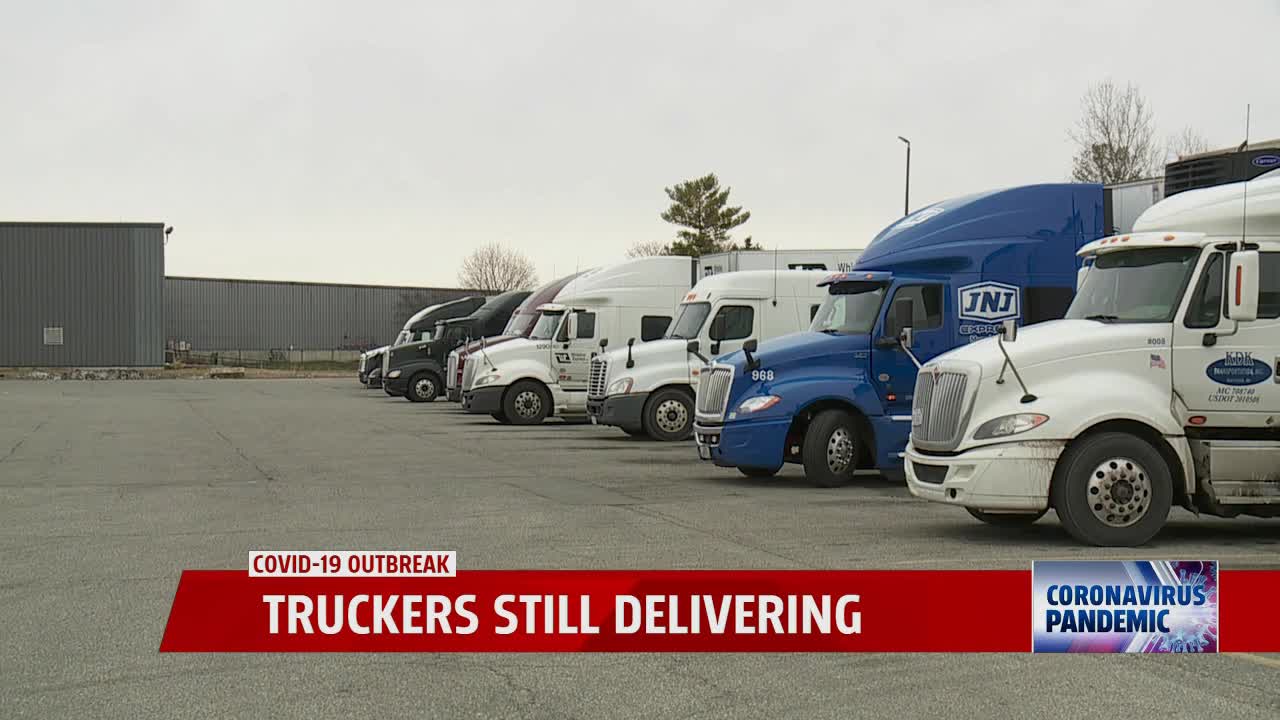 GRAND RAPIDS, Mich. — The entire world has been effected by coronavirus in one way or another.

"If the wheels don't turn, ya'll don't eat," trucker Torrid Jackson said, "no toilet paper, nothing on the shelves, so we have to keep rolling."

The trucking industry is no different. Whether the trailers are hauling food, auto parts, or steel, it's all important in a time like this.

"I'm kind of lucky," trucker Brian Cousineau said, "I'm a flat bed and haul steel. I'm sure other places, they're hauling food and what not, that's going to hit hard, I have a feeling it's going to be really bad."

At truck stops across the nation, precautions are being taken to protect truckers as well.

"You get to the truck stops and they're taking extra precautions to wipe things down hourly with disinfectants," Tom Beyer, a trucker from the Detroit area added. "We're using new cups versus refilling our own insulated cup."

Alabama native Torrid Jackson is a runner for Amazon and drives thousands of miles every week. He says the virus is a bit of a scare for someone who travels as much as he does.

"It's kind of like a spook, they try to spook you, we can't afford to let it spook us because if the wheels don't turn we can't feed our families, you just hope and pray that you don't get it."

And while he's on the road, Jackson is hoping his family remains healthy.

"Feed for your family, take care of home and pray it don't come your way, that's all we can do," Jackson added.