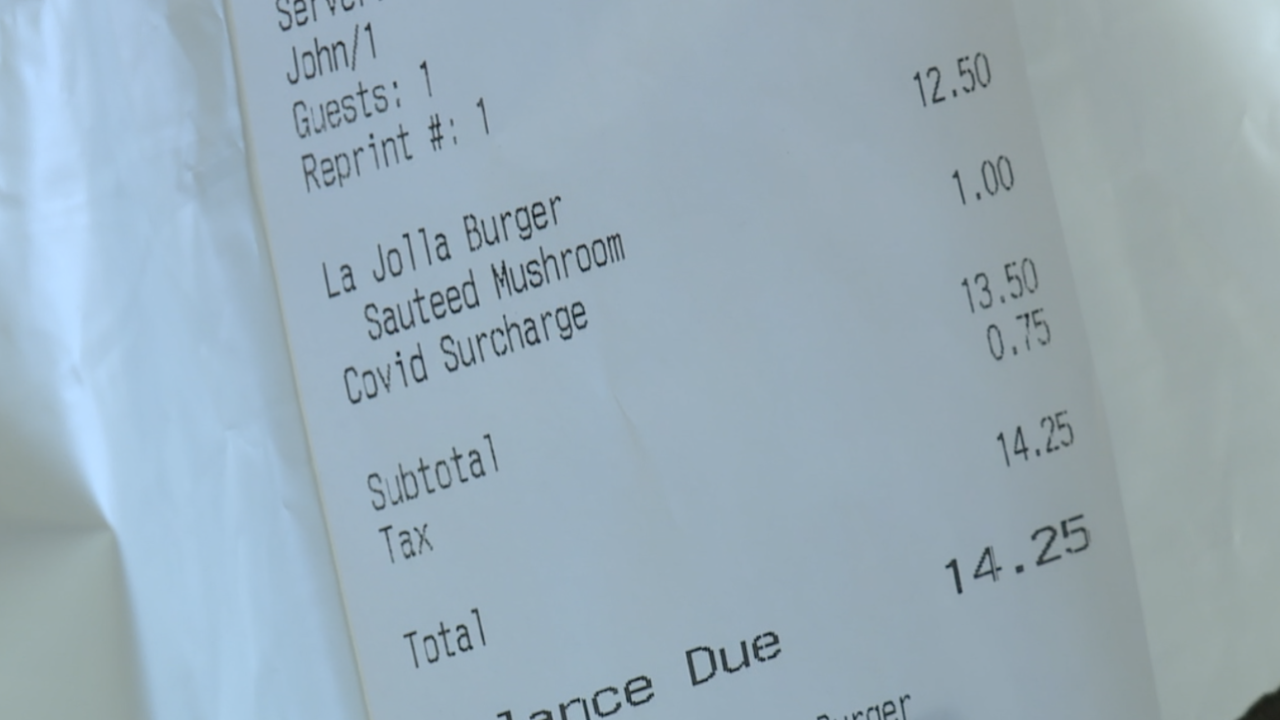 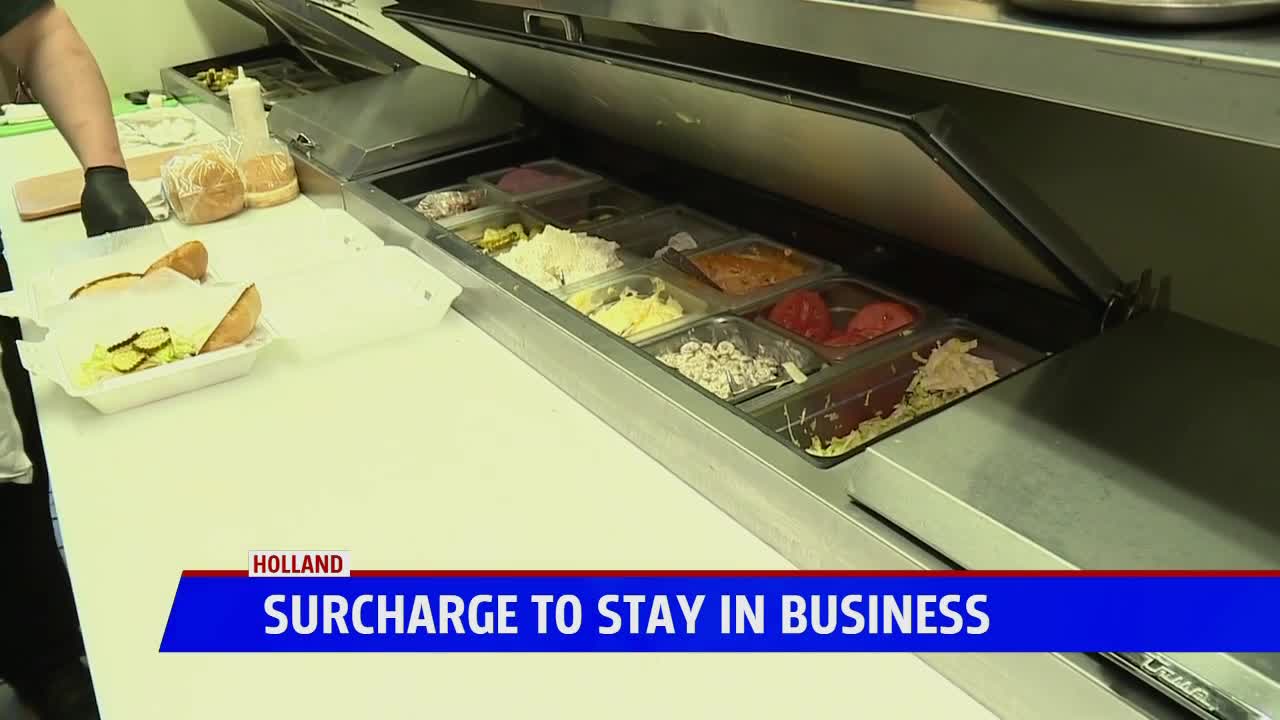 HOLLAND, Mich. — Customers who order from a popular West Michigan burger joint during the stay-at-home order may notice a new fee on their bill.

Goog’s Pub & Grub says the “COVID Charge” is a way for them to be transparent about the rising costs in the restaurant industry during the COVID-19 pandemic.

“We’re just trying to pay the bills so we can stay open until this is over,” says Brad White, owner.

The restaurant began implementing a $1 per meal “COVID Charge” this past Thursday to help absorb costs during the pandemic.

White explains the loss of foot traffic and alcohol sales is damaging but says it’s the rising food and takeout costs that’s making it nearly impossible to stay open.

“Takeout averages about 82 cents more per meal just to put that meal out cause you’re not just putting it on a plate or tray and washing that again. It’s the silverware, the boxes,” said White. “When this started, we were running about $50 for a case of burgers and then it was up to $55, $62, $66, $72 last week and they just told me next week it’ll probably be up to $88 a case, so almost double what we were paying.”

“It’s just all these extra costs added onto each plate and we don’t have as many avenues to bring in extra profit in other places,” said Palmer White, general manager.

Both men believe they’re the only local restaurant with a surcharge laid out like this but say that doesn’t mean it’s won’t happen elsewhere.

“Other places are just raising their price and not telling you,” said Brad. “It’s going to be a while before the food industry, the suppliers catch up. If the industry’s prices are going to stay, it’s going to affect people down the road just as much as it is now.”

They call it an unfortunate sign of the times but says this is what’s needed to survive and once it’s over the “COVID Charge” will go away too.

“We’re not doing this to get rich,” said Palmer. “We just want to see our staff is taken care of, make sure people are fed, make sure our lights are on.”