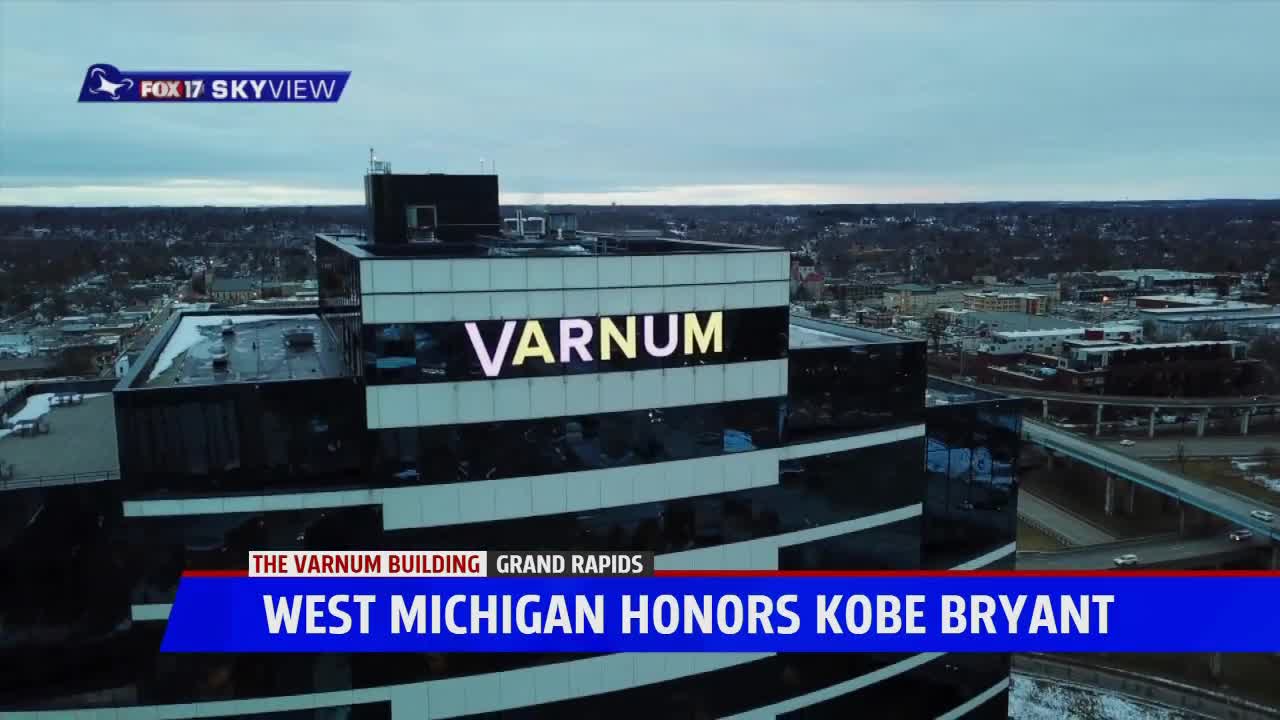 On Monday, the Varnum Building in Downtown Grand Rapids changed the colors of the lights on its building to purple and gold in honor of Kobe's 20-year career with the L.A. Lakers.

"We don’t change our sign very often, it’s for causes that we support and we just felt that it was the right thing to do," said Varnum Executive Partner Scott Hill.

There was also a billboard tribute to Kobe put up along I-96 in Grand Rapids, with just one word: Legend.

The tributes also span to Detroit, where Little Caesars Arena was lit up in honor of Kobe.

The signs and lights are just the start of tributes expected to pour in over the next several days.

"He impacted a lot of different people in different ways, one of the best basketball players ever certainly, so on the athletic side he was a hard worker, great performer great success he had. But also on the business side outside of basketball, after his retirement he showed great signs of success there too. Most importantly his family, his help with young people and touching the community he lived in was really impressive," said Hill.