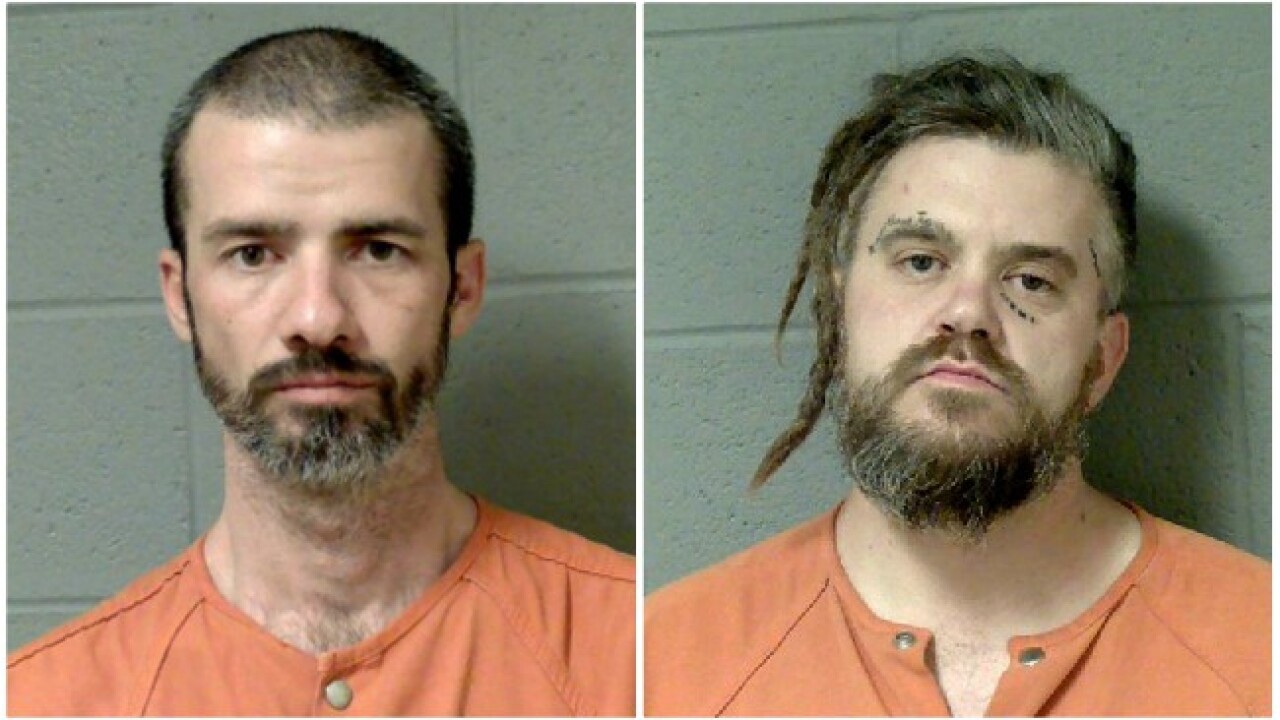 Copyright 2020 Scripps Media, Inc. All rights reserved. This material may not be published, broadcast, rewritten, or redistributed.
Mug shots of Jay Penar (left) and Justin Carlton.

DOWAGIAC, Mich. — Dowagiac police have identified a man who was shot and killed in a home invasion earlier this week.

The shooting happened early Monday morning at a home on Louise Avenue near Pine Lake. Two suspects broke into 40-year-old Michael Collins’ home, shot him and then tied up other people inside while they searched for things to steal.

Police were called to the home on a report of a fatal shooting and quickly identified 38-year-old Jay Penar and 41-year-old Justin Carlton as suspects. Penar was taken into custody just north of Three Rivers and Carlton was arrested at a house in Kalamazoo Township.

Investigators said Penar used to live at the home, and they believe Monday’s shooting was a targeted incident.

Both suspects are facing murder charges.