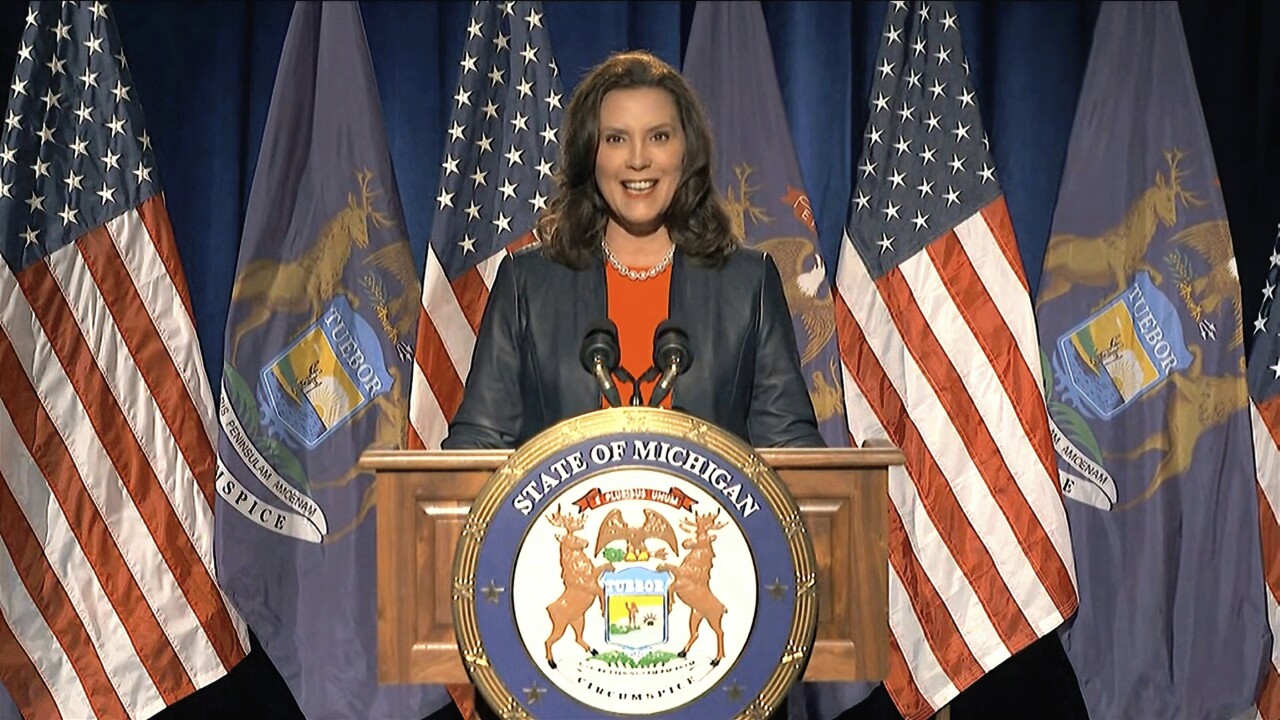 Michigan Gov. Gretchen Whitmer was caught on a hot mic before her speech at the virtual Democratic National Convention.

The video was posted on Twitter by The Recount, which describes itself as "a new approach to video about politics that won't waste your time or insult your intelligence."

It shows Whitmer before her speech, which she gave at the UAW Local 652 in Lansing.

"It's not just Shark Week, it's Shark Week mother f******," she said on video while smiling. The comment got laughs from the people who were in the room at the time of the speech.

She later added, "I have learned about the hot mic."

It's not clear what she made the reference to, but Discovery Channel's "Shark Week" did just run the past week, ending Sunday, Aug. 16.