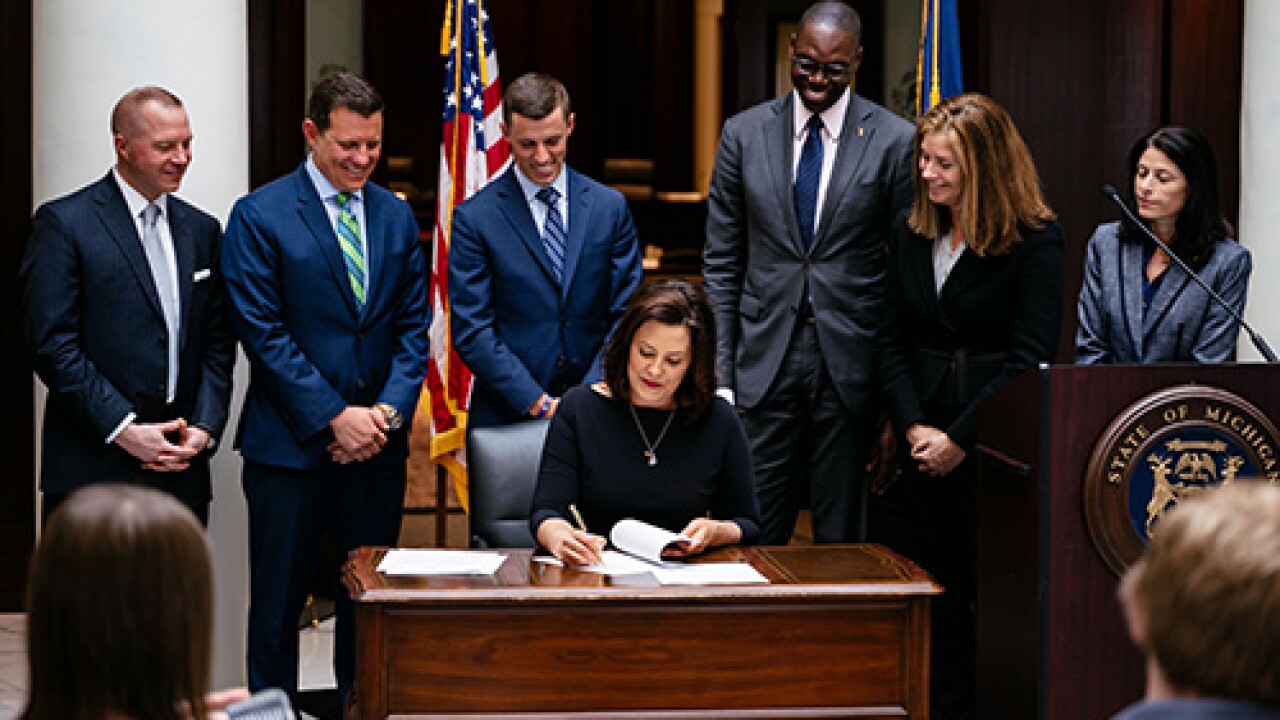 LANSING, Mich. — A Michigan joint task force presented their findings and recommendations Tuesday after a jail study set up on Gov. Gretchen Whitmer in last April.

The 21-member task force researched why jail populations have nearly tripled in the last 35 years and gave recommendations on how to improve jails and pretrial incarceration.

They suggest reclassifying most traffic offenses to civil infractions rather than criminal ones and using officer discretion to use appearance tickets as an alternative to arrests and jail time.

They found that roughly a quarter of people in jails have serious mental illness. Because of this, they recommend giving crisis response training to law enforcement to help people with behavioral health needs stay out of the justice system.

The task force found that poor people were not getting equal protection of the laws when money was the deciding factor on if they would be released or detained. They recommend releasing people jailed on certain charges before arraignment, and guaranteeing those who are still detained an appearance before a judicial officer with 24-48 hours.

Other recommendations include speedy trials, jail sentence alternatives and services for victims. For a full report of their findings, head to the Michigan courts website.