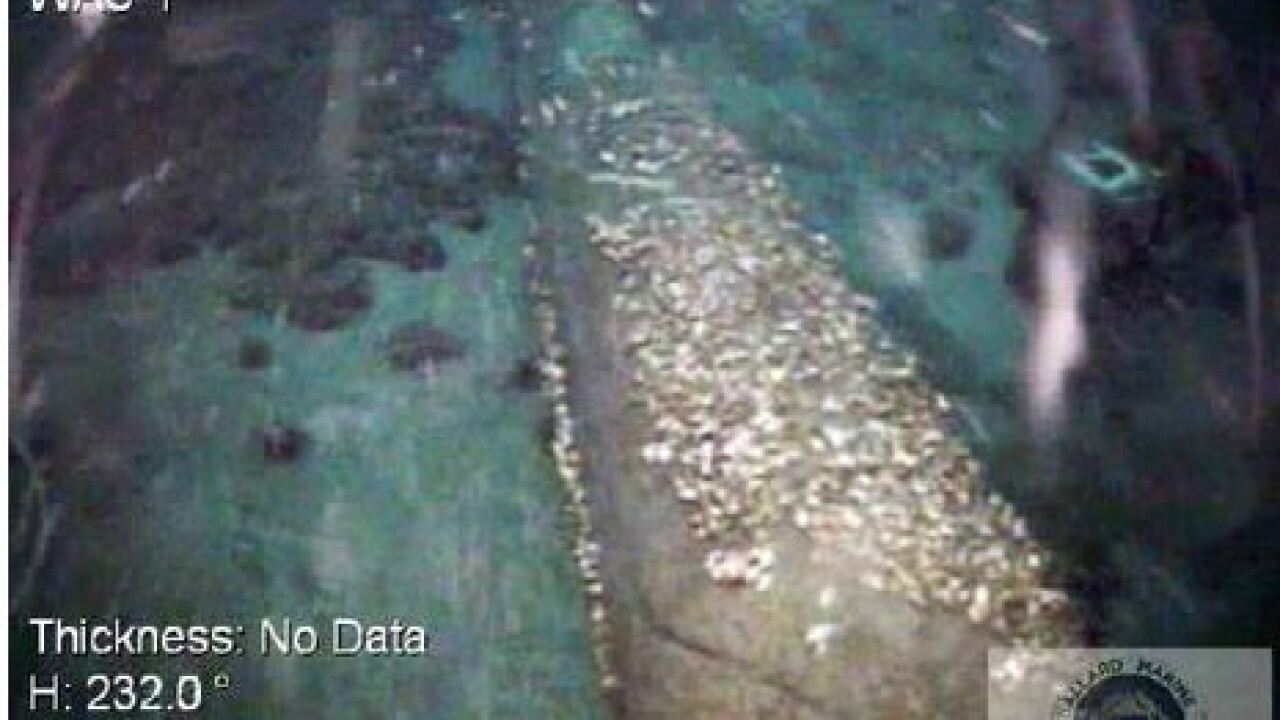 Photos of Enbridge Line 5 – from DEQ

LANSING, Mich. (AP) — Michigan officials are demanding an extensive set of records from Enbridge as they investigate the company's oil pipeline beneath a Great Lakes waterway.

The state Department of Natural Resources sent a letter Monday to the Canadian company requesting documents dating back to 1953, when Line 5 was placed in the Straits of Mackinac.

The DNR is reviewing Enbridge's compliance with terms of the agreement that allowed the twin pipelines to run through the straits, which connect Lakes Huron and Michigan. The DNR wants records dealing with issues such as gaps that have formed beneath the pipes and in their outer coating.

Enbridge said it has received the state's request and released a statement:

"Line 5, which crosses the Straits of Mackinac, has been operating safely and reliably since it was constructed more than 60 years ago. The pipeline is an essential part of Michigan’s energy infrastructure system, helping Michiganders heat their homes and powering business across the State and region. We are committed to making a safe pipeline even safer by investing $500 million in the construction of a tunnel under the Straits to house the pipeline – thereby further protecting the waters of the Great Lakes and everyone who uses them."