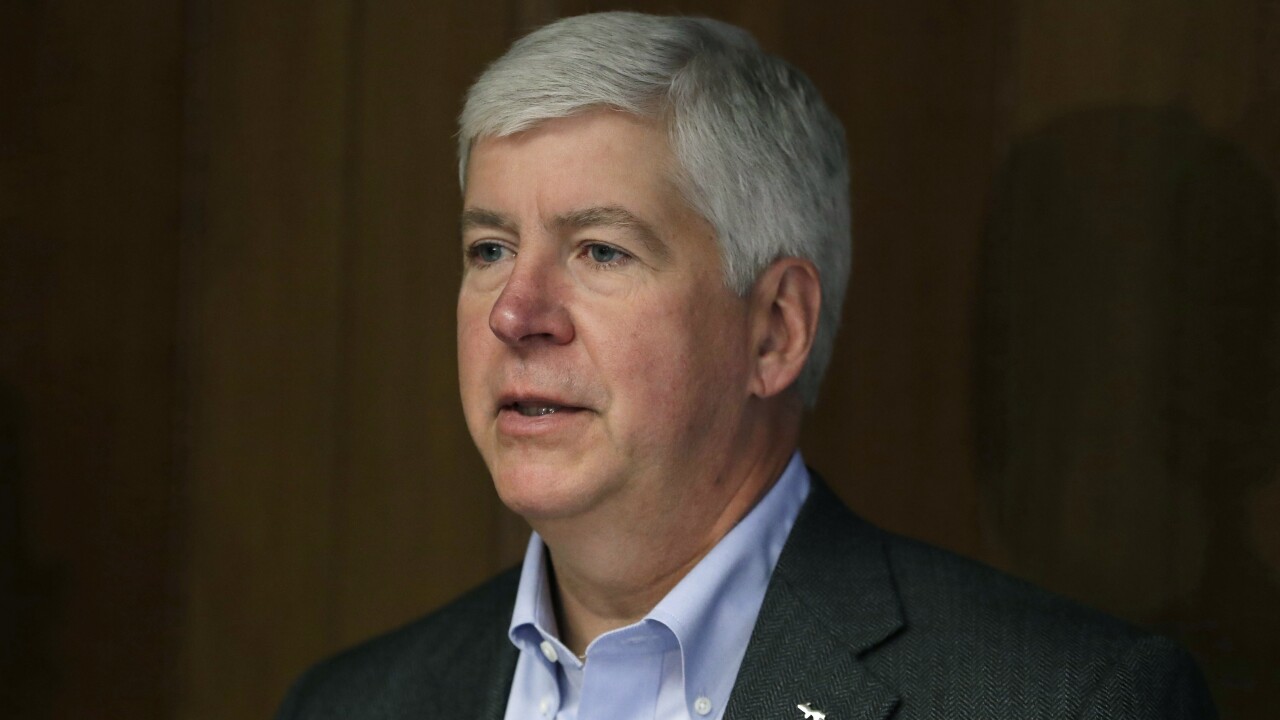 Carlos Osorio/AP
FILE - In this March 13, 2017, file photo, Michigan Gov. Rick Snyder speaks during a news conference in Detroit. The governor on Friday, June 23 urged the Republican-led Michigan House to pass economic development tax incentives when it meets in July, saying there is still time to lure a Taiwanese electronics giant to the state despite the cancellation of a vote on the legislation. Foxconn, which plans to locate a display panel factory in the U.S. that could cost up to $7 billion, will announce investment plans by early August for at least three states, Chairman Terry Gou said Thursday. (AP Photo/Carlos Osorio, File)

DETROIT (AP) — The Associated Press has learned that former Michigan Gov. Rick Snyder, his health director and other ex-officials have been told they’re being charged after a new investigation of the Flint water scandal.

The city's water system was contaminated with lead in 2014-15.

It was also blamed for a deadly outbreak of Legionnaires’ disease.

Two people with knowledge of the planned prosecution said the attorney general’s office has informed defense lawyers about indictments in Flint and told them to expect initial court appearances soon.

They spoke to the AP on condition of anonymity because they were not authorized to speak publicly.