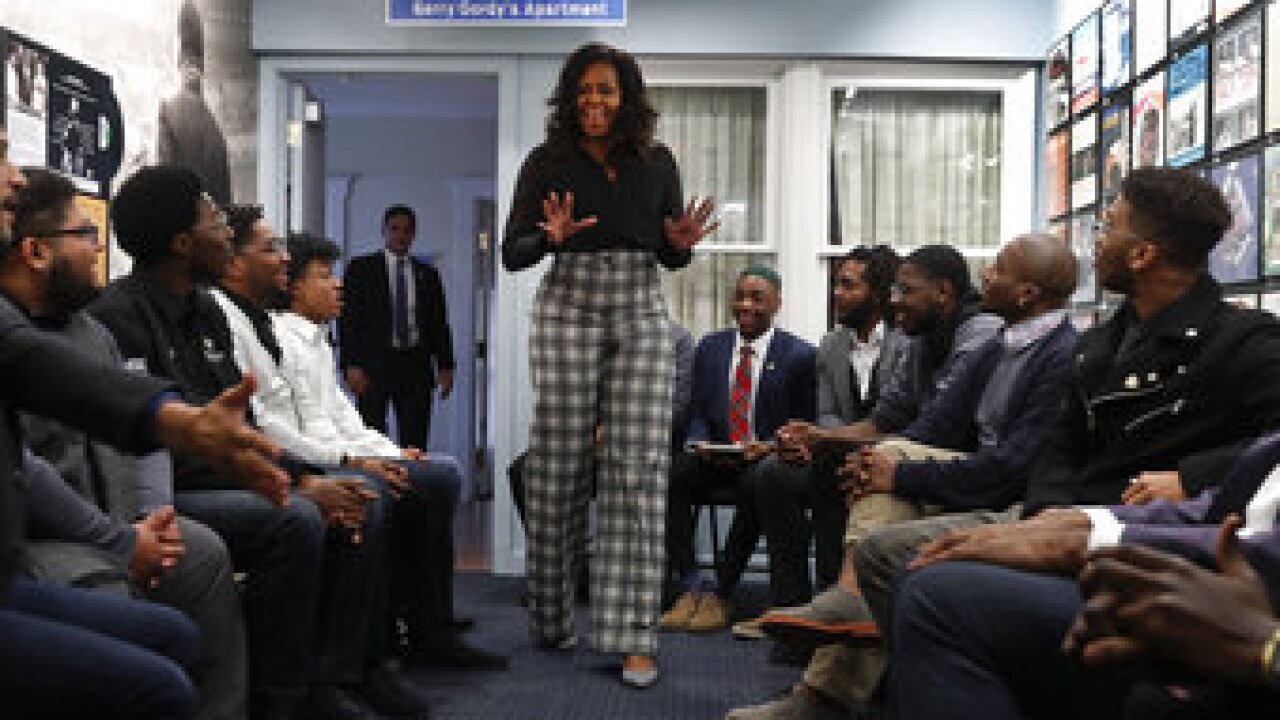 When We All Vote announced Wednesday that Obama is scheduled to headline the free, ticketed event March 27 at University of Detroit Mercy.

It's open to the organization's volunteers and partners, as well as educators, college students and high school students who are eligible to vote.

Obama and others launched When We All Vote in 2018 to boost voting.

At previous events, Obama told people that she didn't care who they voted for as long as they participated.