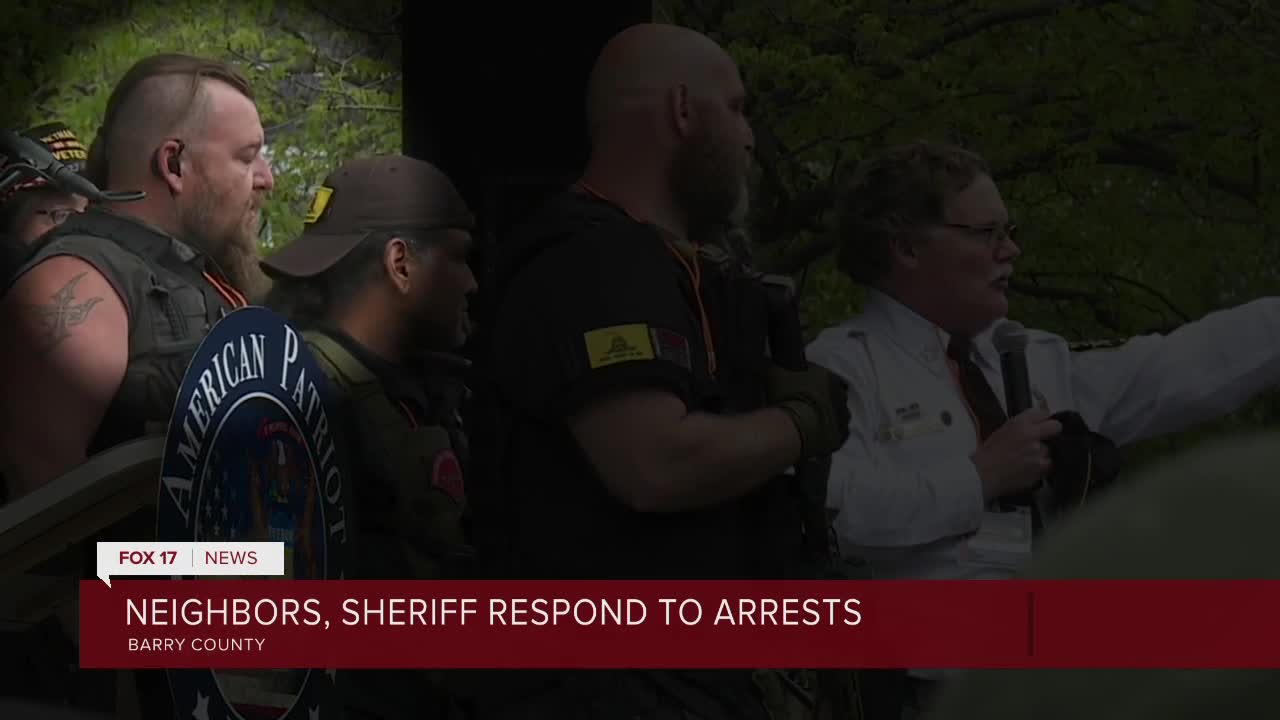 The Null brothers had ties to militia groups and were frequently seen at local demonstrations. Including at a rally in protest of Governor Whitmer’s stay-at-home order, held last May in Grand Rapids. William Null was spotted on stage standing alongside Barry County Sheriff Dar Leaf, a guest speaker at the event. FOX 17 spoke with Sheriff Leaf Thursday night. 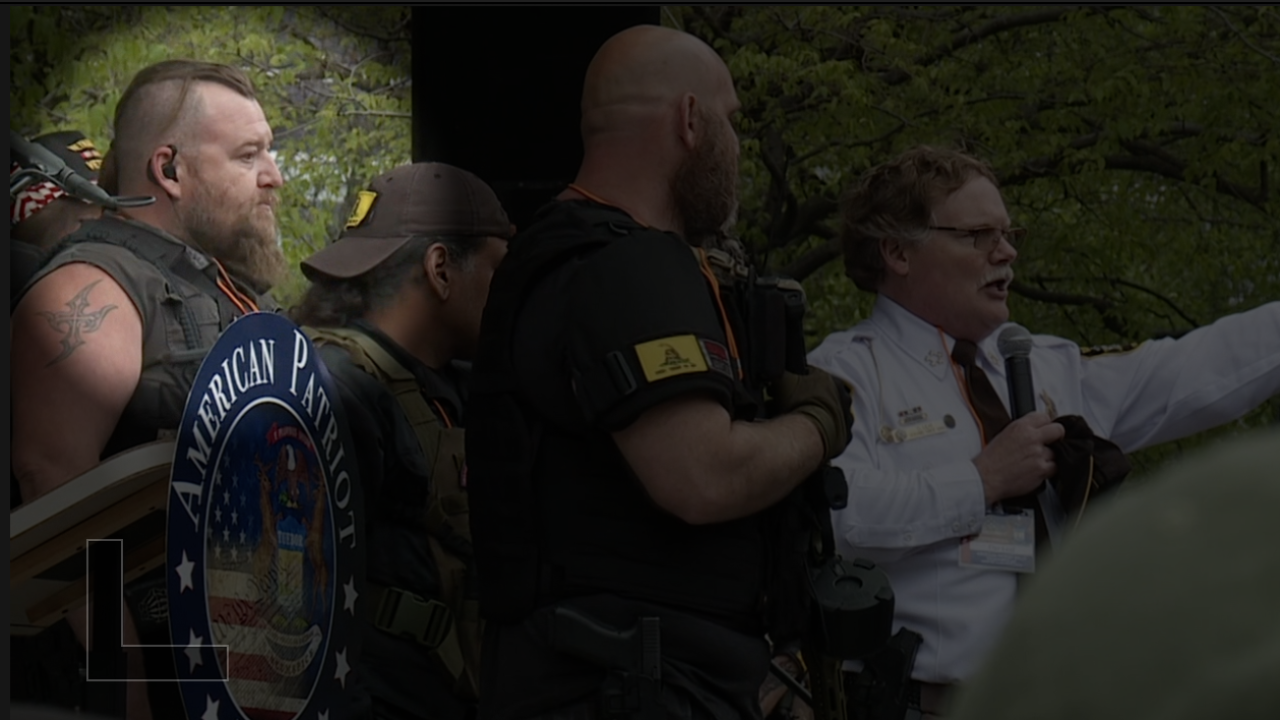 SHELBYVILLE, Mich. — Michael and William Null were among the first suspects charged Thursday morning for their alleged roles in what the FBI calls a plot to kidnap Governor Gretchen Whitmer.

The brothers from Plainwell and Shelbyville are now charged with providing support for terroristic acts and felony weapons charges.

A neighbor of William Null spoke with FOX 17 under the condition of anonymity, they witnessed the FBI raid and were shocked hearing what it was related to.

“In this area, I had heard that there was a lot of militia people, their right to do so. But to the extent that we just found out last night, totally surprised about that."

The Null brothers had ties to militia groups and were frequently seen at local demonstrations.

Including at a rally in protest of Governor Whitmer’s stay-at-home order, held in Grand Rapids last May.

William Null was spotted on stage standing alongside Barry County Sheriff Dar Leaf, a guest speaker at the event.

“I haven't read everything up on it, I've got other duties to do, it wasn't our investigation. I was shocked, did not see this coming with those guys, but still we can't convict them in the media here, they do have a right to a fair trial,” Leaf said.

Leaf says he doesn’t know of Null’s alleged involvement in the plot and doesn’t have any regrets about being on stage with him.

SEE MORE: What you need to know about the Wolverine Watchmen militia

“Do you have any regrets about being on stage, sharing a stage with a guy who’s now being charged in a plot to kidnap the governor?” asked FOX 17’s Aaron Parseghian.

“It’s just a charge, and they say a 'plot to kidnap' and you got to remember that. Are they trying to kidnap? Because a lot of people are angry with the governor, and they want her arrested. So are they trying to arrest or was it a kidnap attempt? Because you can still in Michigan if it's a felony, make a felony arrest,” Leaf said.

“I think it's MCL 764.4, 764.5 somewhere on there [MCL 764.16] and it doesn't say if you are an elected office that you're exempt from that arrest. I have to look at it from that angle and I’m hoping that's more what it is, in fact, these guys are innocent till proven guilty so I’m not even sure if they had any part of it,” Leaf added.

The sheriff insists the Null brothers were always very nice and respectful.

“The two gentlemen that I know of from my county, were they involved in that? I don't know. They're innocent till proven guilty. And we really, really should be careful, trying to try them in the media,” Leaf said.

Sheriff Leaf also said he does feel for the governor and that no one should be threatened with violence.

Both Null brothers are being held on a $250,000 cash bail and if convicted could face up to 22 years in prison.

SEE MORE: The FBI says it has thwarted a militia's plot to kidnap Gov. Whitmer