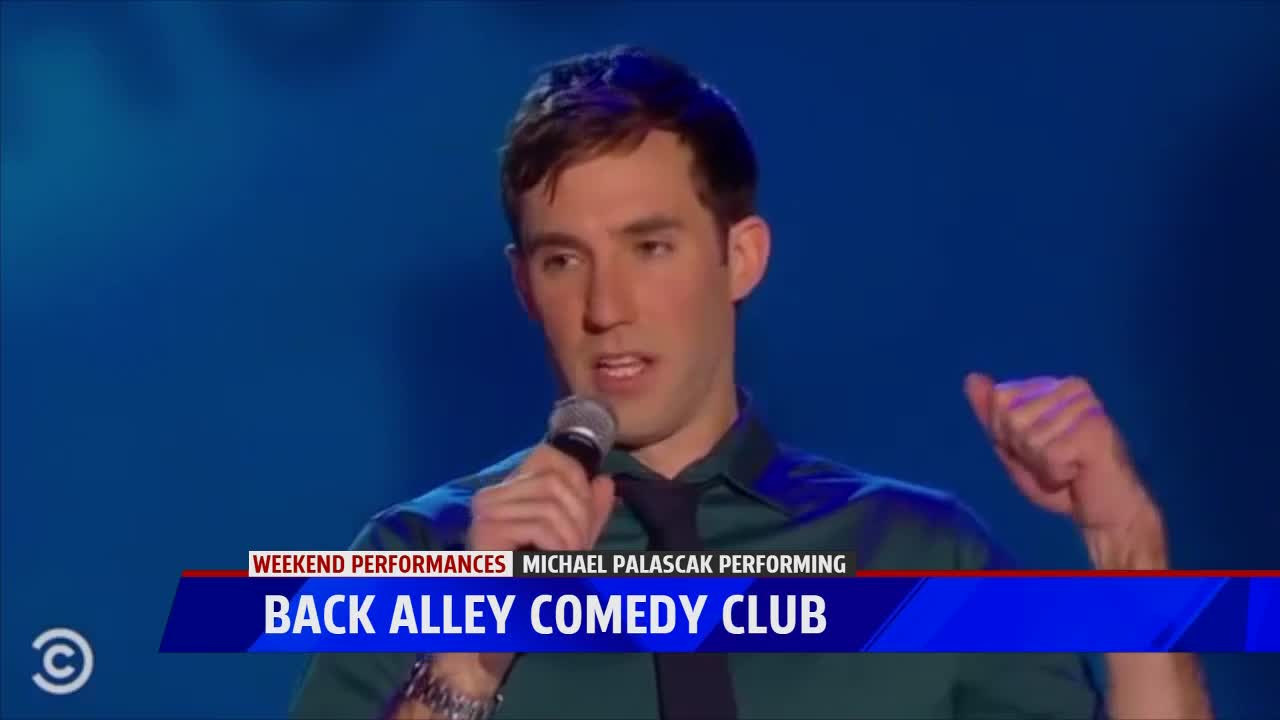 MUSKEGON, Mich. — Comedian Michael Palascak stopped by the FOX 17 studio ahead of his performance tonight at Back Alley Comedy Club.

Michael was named the 2018 stand-up of the year by the Late Nite Last Week podcast after his performance on The Late Late Show with James Corden.

He has done stand-up on a number of other late night talk shows, and was even a top 5 finalist on Last Comic Standing.