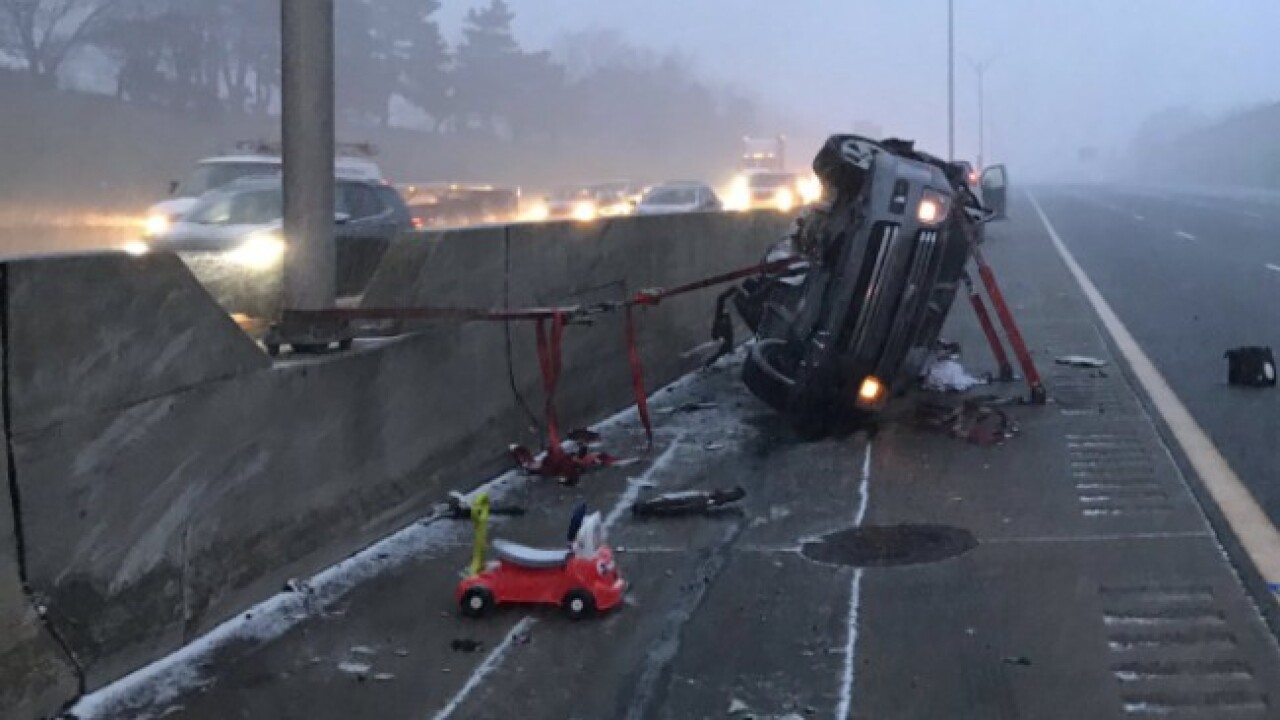 Copyright 2019 Scripps Media, Inc. All rights reserved. This material may not be published, broadcast, rewritten, or redistributed.
MSP
The scene of a fatal crash on Dec. 10, 2019 in St. Clair Shores, Mich.

ST. CLAIR SHORES, Mich. — A 1-year-old boy was killed in a crash Tuesday morning on a highway in metro Detroit.

The crash happened on eastbound I-94 near the interchange with I-696 in St. Clair Shores, northwest of Detroit.

Authorities told WXYZ a Toledo man switched lanes and rear-ended a car, causing a collision that left the car on its side and killed the child. The man was arrested after the crash because investigators didn’t see any signs of braking before the collision, which points to distracted driving.

MSP Lt. Michael Shaw told WXYZ there is no reason for someone to rear-end a vehicle in front of them unless they are doing something they shouldn’t be.

“If you are traveling down the road and you rear-end a car and there is no braking, you are doing something,” he said.

MSP said the child was properly restrained in his car seat at the time of the crash.

Both drivers were taken to the hospital to be treated for serious injuries.