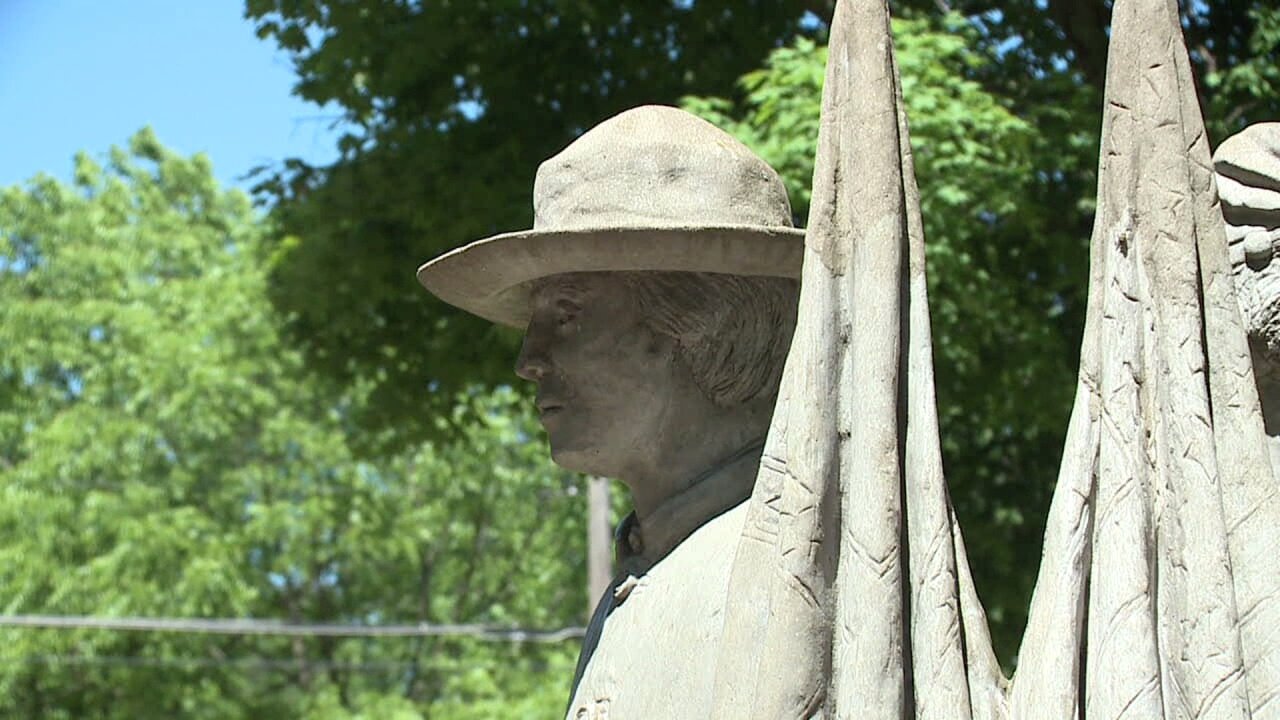 ALLENDALE TOWNSHIP, Mich. — At Allendale Community Park Saturday protesters organized out front of a statue that has caused a recent stir in the township.

“The fact that the statue is displayed with both the Confederate flag and American flag at the same level should be concern for any American citizen that believes in what this country stands for,” protester Al Willis said.

At their feet is a Black child holding a sign that reads ‘freedom to slaves.’

Those calling for its removal say its offensive and unwelcoming.

“I don’t care if it’s in a museum or somewhere it can be displayed different but a park that a community for all members, needs to represent that,” Protester Rori Harris said.

Counter-protesters also organized, some open-carried firearms while guarding the statue.

“I think you have a right to be armed and I fully support that but I think there’s intention behind it right now, and I didn’t like the optics,” protest supporter Laura Fair said.

Those defending the memorial were just as vocal, at points getting into heated exchanges with their counterparts.

“I think the statue should stand so I was out here making sure the statue wasn’t destroyed or ripped down like what’s happening in so many parts of the country.” Counter-protester Ryan Kelley said.

Although heated at points, both sides say the discussion and protests were peaceful and productive.

“Overall I think this has been a great example of what a peaceful protest and counter protest should be.” PJ Agnew, an Allendale resident, said.

The Allendale Township Board of Trustees has not made a formal decision yet, but will meet Tuesday to vote on a resolution to keep the statues in the park.