Part of US-31 to be renamed for fallen police officer 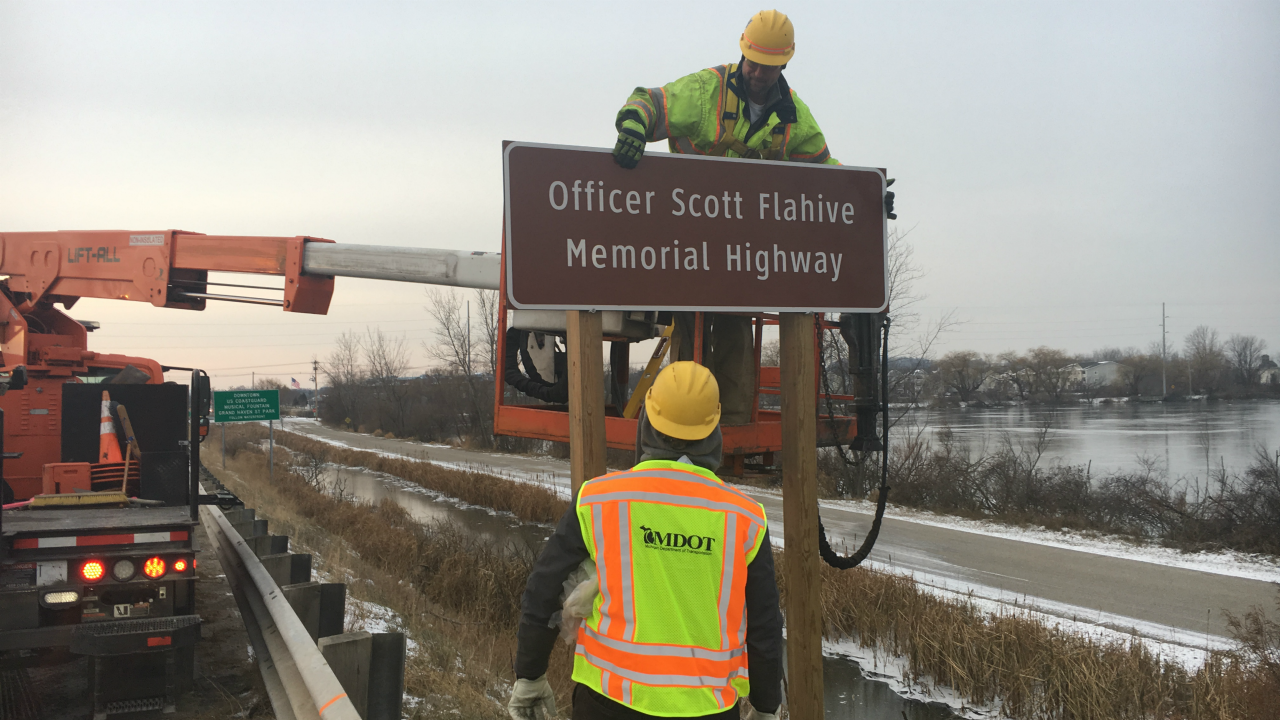 GRAND HAVEN, Mich. — A portion of US-31 in Ottawa County will be renamed to honor a Grand Haven police officer who was killed in the line of duty.

Scott Flahive was killed in 1994 while attempting to catch an inmate from the Ottawa County Jail.

On Thursday, the state legislature approved legislation to rename part of the highway in his honor. Dec. 13 marked the 25th anniversary of his death.

“We must never forget our heroes, and Officer Scott Flahive was certainly a hero to his family, friends and fellow police officers before his life was tragically cut short while serving,” Michigan Sen. Roger Victory, R-Hudsonville, said in a release. “I was happy to introduce a measure to name a portion of U.S. 31 after Officer Flahive to help honor his memory. This will help keep that memory alive.”

The portion of US-31 from Robbins Road to Jackson Street will be known as Officer Scott Flahive Memorial Highway.