Lindsey Vogelaar, a Jenison native, was killed alongside her husband Costas Sivyllis after their plane crashed outside of Telluride 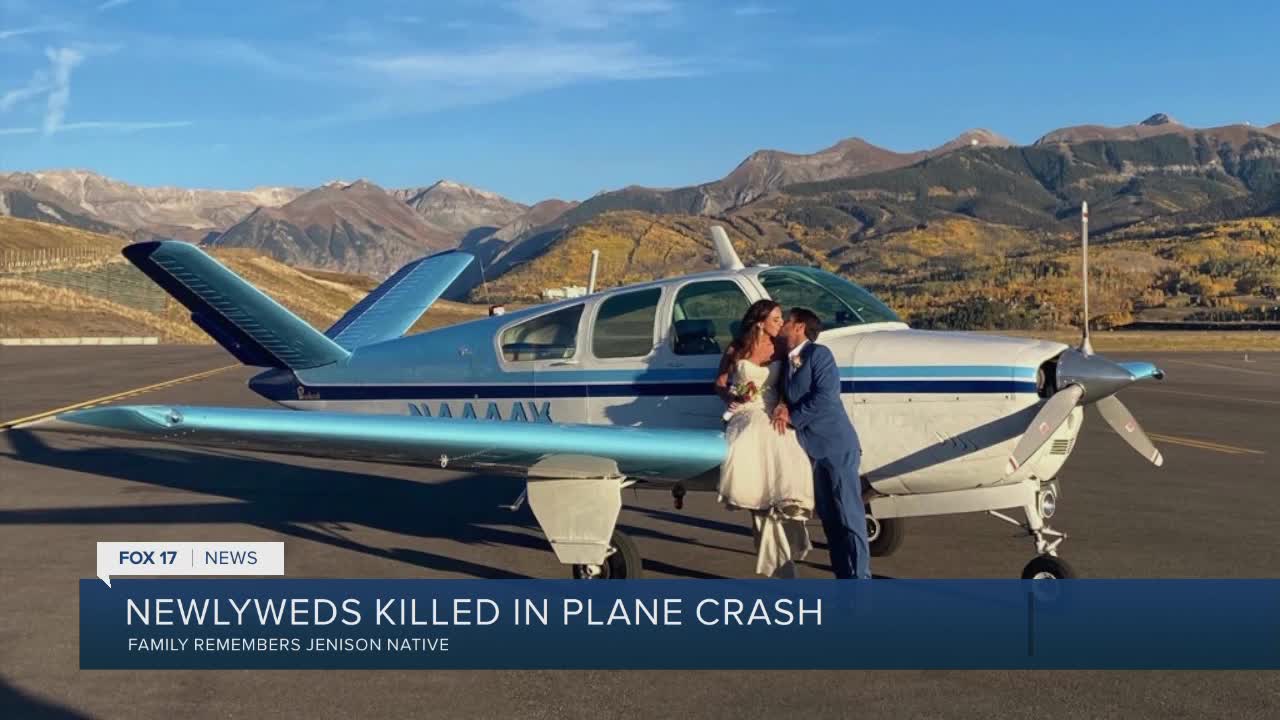 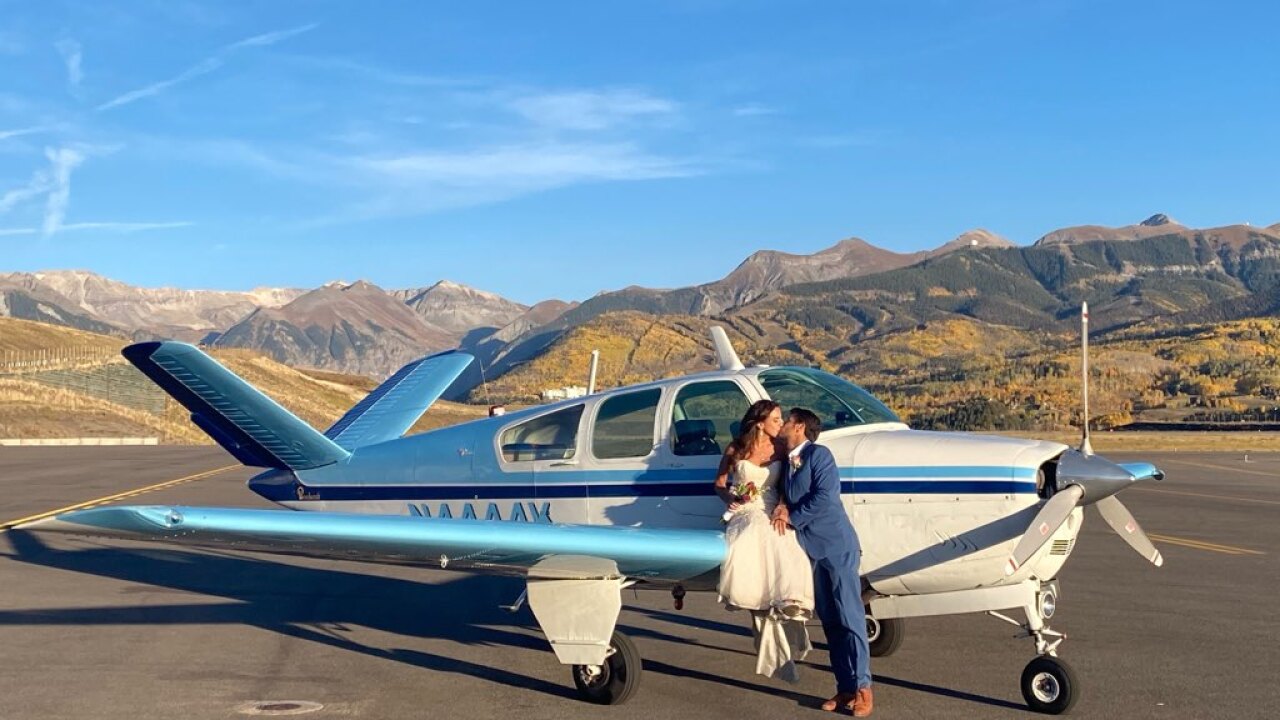 JENISON, Mich. — The family of a West Michigan-native killed in a Colorado plane crash with her husband just days after their wedding has gathered under one roof to mourn their loss and remember the impact she has had on the world.

FOX 17 had the chance to sit down with the family of Lindsey Vogelaar Wednesday at a home in Jenison. There her mother Sandy Nichols, Father Gary Vogelaar and sister Courtney Vogelaar shared with us how she was born a people-person, making friends wherever she went.

Lindsey Vogelaar and her husband of just 4 days Costas Sivyllis were killed when their personal airplane, which they named "Baby Blue", crashed just east of Telluride, Colorado.

“Whatever Lindsey went after she accomplished,” her father said.

Lindsey was born in Denver, Colorado before her family moved to Michigan.

“She was outdoors and adventurous even as a child. She would hop on her bike, she played soccer all through school,” her mom Sandy said.

When their daughters were young, the family made a habit of taking off on quick trips, instilling in Lindsey a life-long passion for adventure.

“Everyone that came across her just liked her, she was that friendly outgoing type. That's not just locally here, but throughout the world,” her father said.

Lindsey graduated with a masters degree in international education from Grand Valley.

"When she graduated with her masters and got into what she thought was her chosen field, that didn’t last very long because she wanted to travel,” her father said.

She found her dream job as a flight attendant with United Airlines. She would also eventually find the love of her life, her future husband Costas Sivyllis on the job.

“They met overseas. He was the pilot for that flight, and she was flight attendant," her sister Courtney said.

The two were kindred spirits with big plans.

“3 weekends ago I was up in their airplane down in Florida and Costas said 'one unique thing about being up this high is I tell you something and you don't like it, there's the door, and if you like it, we get a safe landing," Lindsey's father recalled.

"I said okay... he said Lindsey and I are eloping. We're going to get married in Telluride. Of course I was very happy about that and I didn’t have to jump out.”

The plan to elope came about when the pandemic forced them to change their initial plans, which was a wedding in Costa's home country of Greece.

After tying the know, the couple were to head back to their home in Florida. Her father was tracking the plane's every movement from an application on his phone.

“Throughout the day I was checking to see if there was any movement on the tracking and it happened to stop just east of Telluride but because she told me prior that its not always accurate, I didn’t think anything of it," her father said.

But soon it would become clear what had happened.

Sandy, her mother, said, “I was actually finishing up my night, ready to go to bed... and I saw a Sheriff's car pull up because my windows were still open and I thought that's kind of strange, but then he came to the door and he verified who I was and who Lindsey was.”

They learned the couple's plane had crashed just minutes after takeoff.

“When Sandy called me and told me the bad news, I couldn’t believe it and still can’t believe it," her father said.

Their family now coming together under one roof to mourn, but also to celebrate the lives of two people who never waited for a moment to pass them by.

“She was my best friend... I talked to her every day and Facetimed every single day. I was planning my life with my husband to move down to Florida to be with them," her sister Courtney said.

"We talked about having babies at the same time together."

The couple leaving behind a legacy of living for today, and not waiting to chase your dreams.

“When we have her celebration of life, hopefully within a couple of weeks, people will be coming from all over the world, friends that she met," her father said.

"It's going to be a celebration of life but we have a long ways to get to that point.”