Thousands rally as President Trump speaks for 2 hours in Muskegon 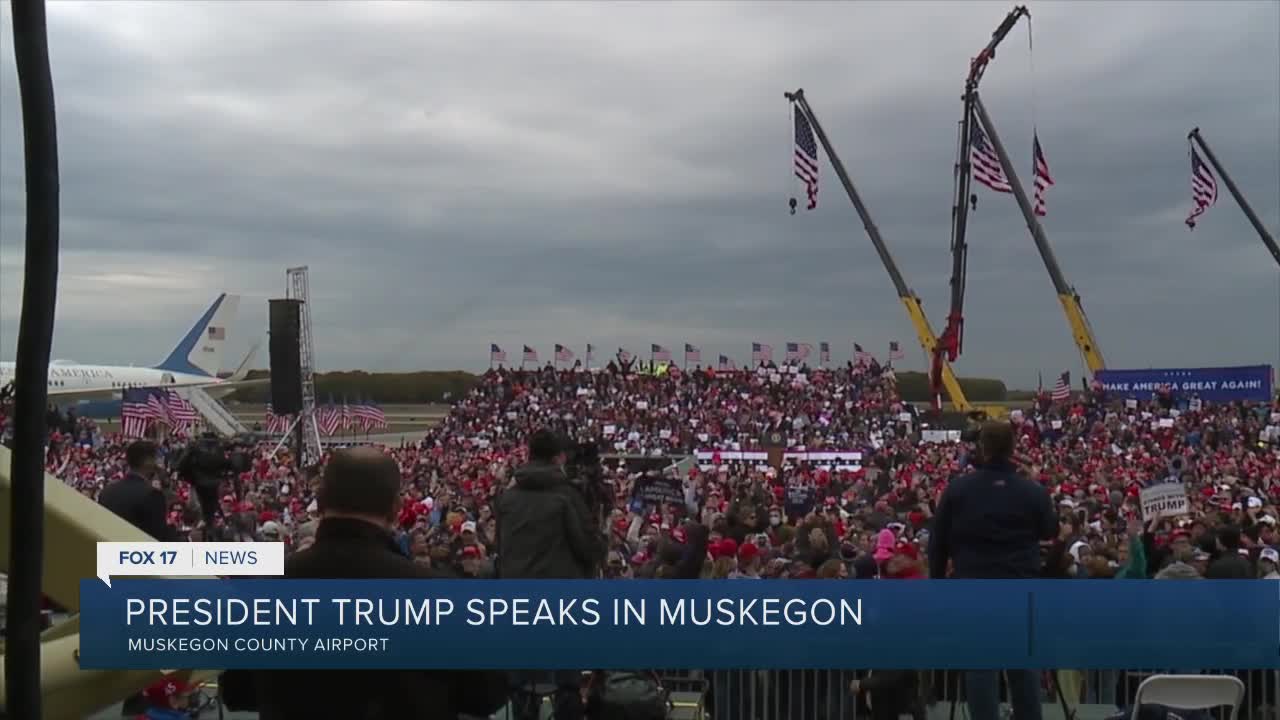 Thousands watched as Air Force One touched down in Muskegon on Saturday evening.

The President spoke for about two hours, focusing heavily on his opponents, and calling out Governor Gretchen Whitmer, saying she needs to reopen businesses and schools.

He added that, if elected, former Vice President Joe Biden and the Democratic Party would change the country's values and destroy the American way of life.

An average of polls place Biden ahead of the President in Michigan by eight points.

Trump narrowly won Michigan in 2016, but Muskegon County voted blue, which his supporters hope will change.