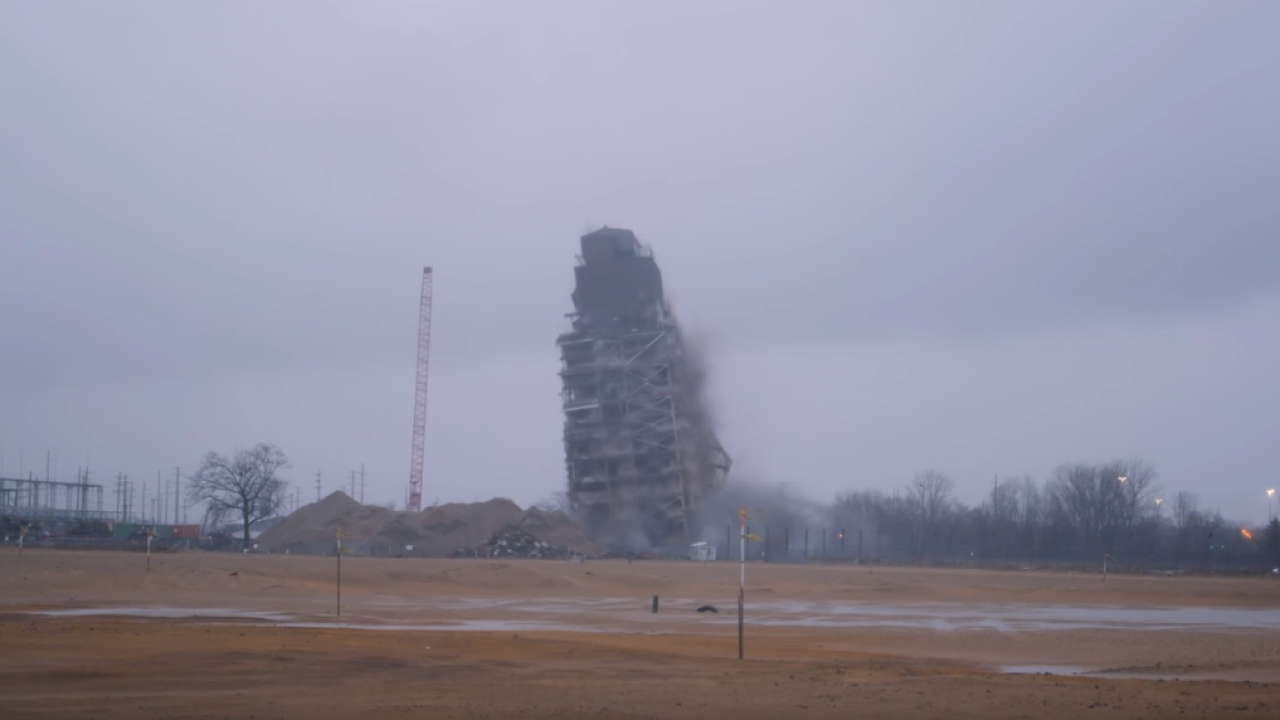 The plant and smoke stack on Muskegon Lake were imploded and demolished Saturday morning.

The city of Muskegon caught it on video:

The demolition process occurred between 7:45 and 8:30 a.m. Saturday, when traffic was delayed along the M-120 corridor (Muskegon Causeway).

The plant formerly belonged to Consumers Energy. In September 2017, the Michigan Public Service Commission approved Consumers’ request to pay North Carolina-based Forsite Development $1 million to take ownership of the property, including 115 acres of land and the 650-foot-tall smoke stack. Forsite plans to convert the site into a deep-water marine terminal on Muskegon Lake for cross-Lake Michigan shipping.

B.C. Cobb was decommissioned in April 2016 after nearly 70 years because of tightening emissions standards from the Environmental Protection Agency.