For the second year in a row, Muskegon man falls victim to epic birthday prank 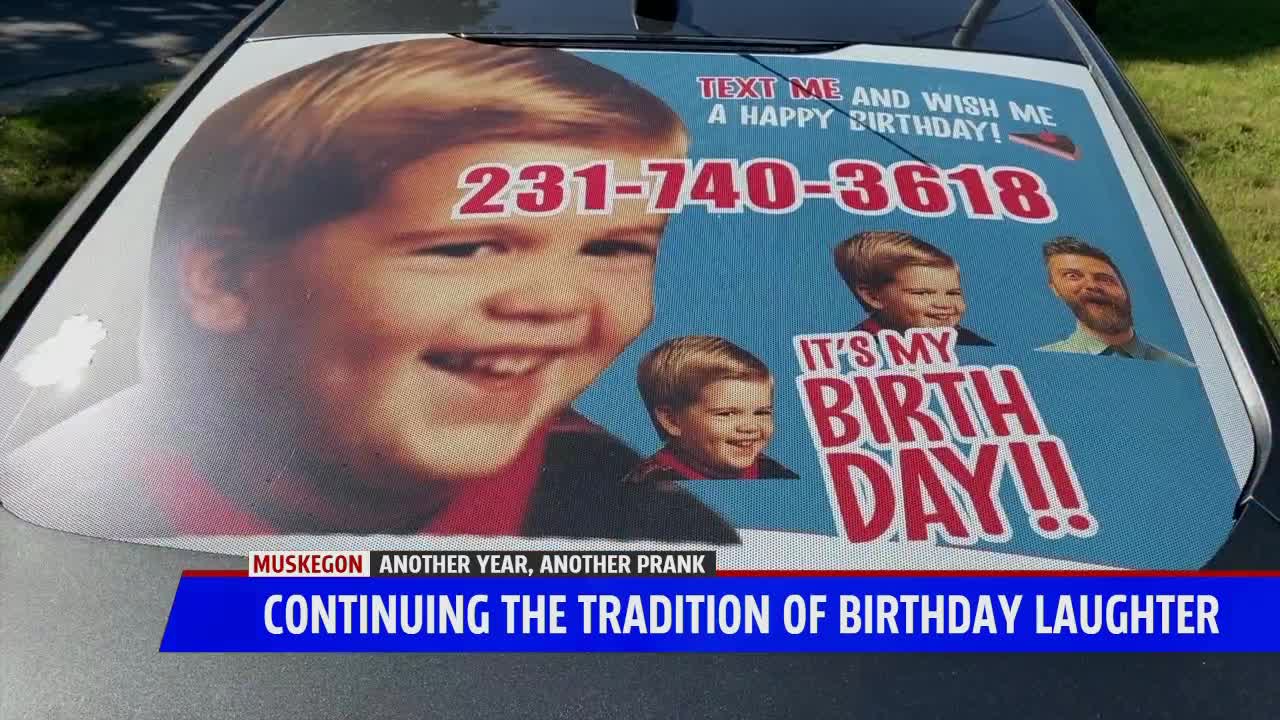 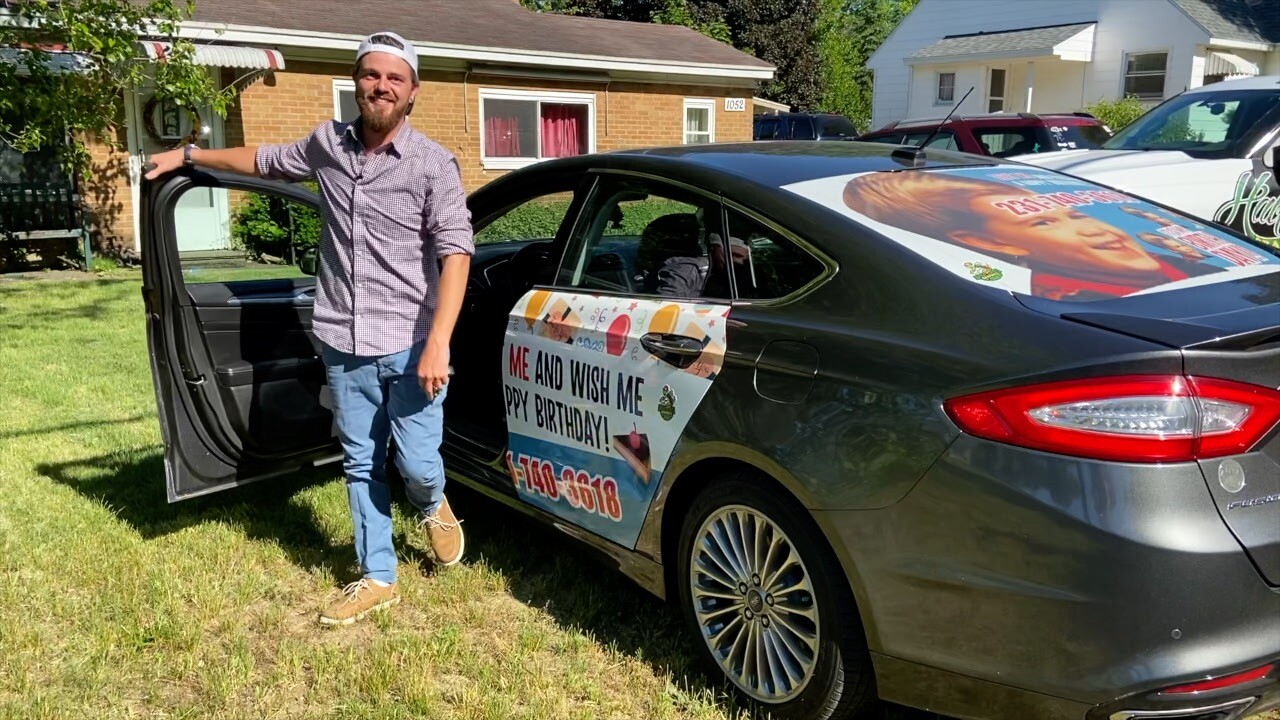 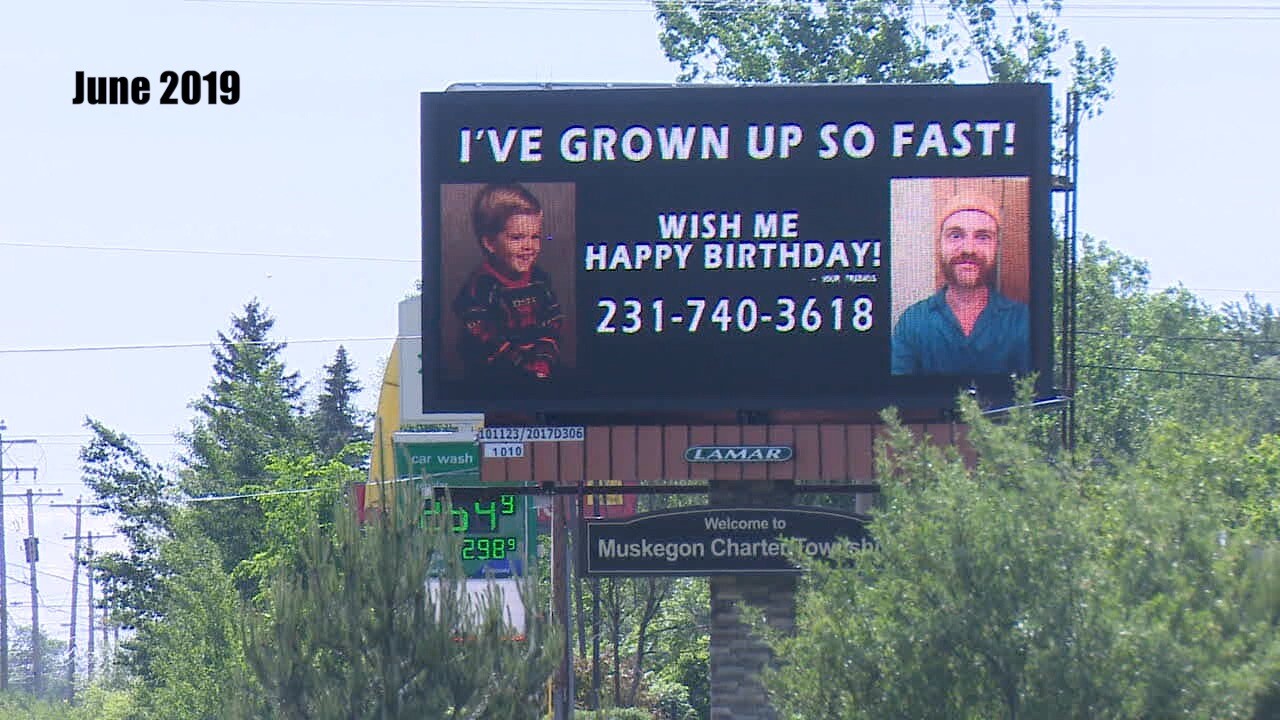 MUSKEGON, Mich. — Greg Johnson celebrated his birthday this weekend and his phone is full of hundreds of texts and well wishes, thanks in part to a prank his friends pulled on him once again.

You may recall this time last year, when a couple billboards were proudly displayed on roads near Muskegon.

The signs had silly photos of Greg and his cell phone number, a prank his friends pulled on him to celebrate his birthday.

“I got a few ideas. I got a folder on my computer just dedicated to Greg and his pranks,” Nick Leisenring, said.

Greg the owner of a fairly new car, was surprised to get a call from My Auto Import Center last week.

“I got a call from my dealership saying that I had a recall on a part for a car, so I went and dropped it off. Didn’t think anything of it, they gave me a loaner car and everything, and I got a call the next day saying it was ready to be picked up, and when I got there this was parked out front,” Johnson explained.

His friends struck again, when Greg picked up his car it was wrapped with decals.

The hood, the rear window and both sides covered in pictures of Greg as a kid and on each side was of course, his cell phone number.

“We got my face in the Brady Bunch form, my phone number my childhood picture, its all on there,” Johnson explained.

“I actually forget I have it on there while I’m driving, until I look over and see people laughing at me,’ he added.

“He got a new car, and he was bragging about it and stuff a few months ago, so I’m like well, I’m going to mess with his car,” Leisenring explained.

“We had like an hour window that we slapped it on there and got it done,” he added.

Just like last year, Greg’s phone has been blowing up since.

This prank though goes a little further, the wrap has to be taken off professionally, so it’s up to Nick to decide if and when it will come off.