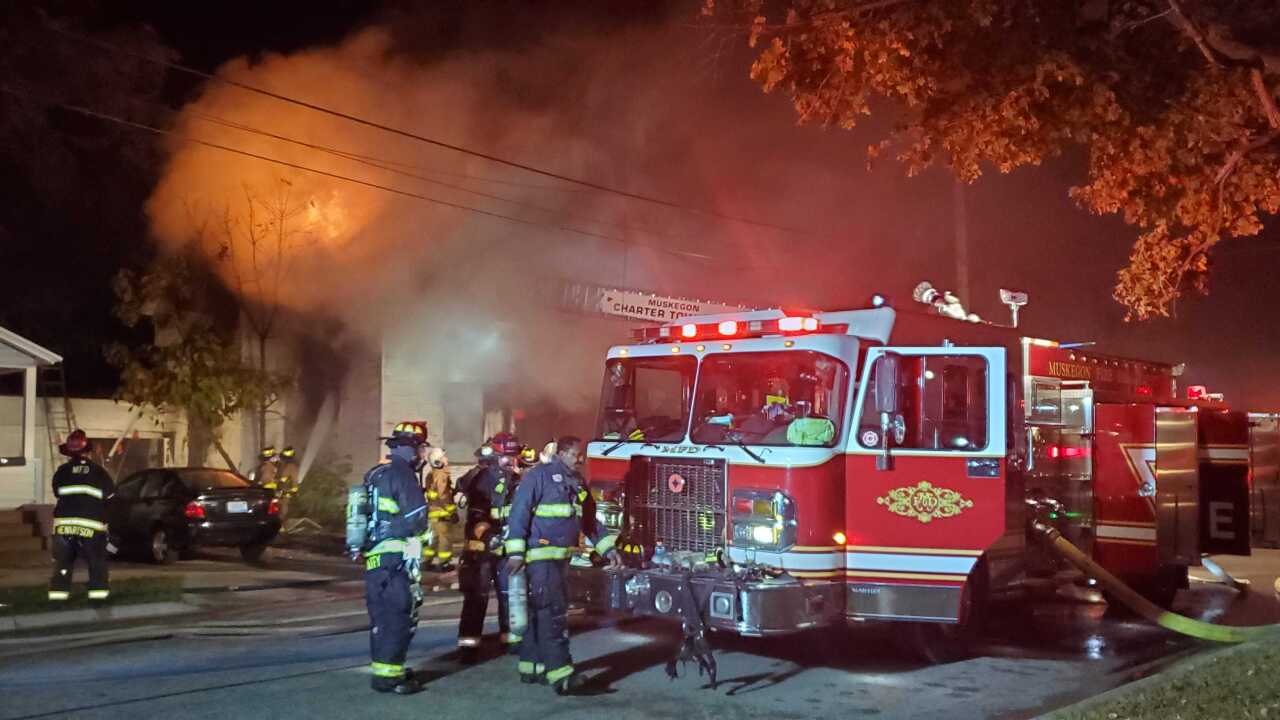 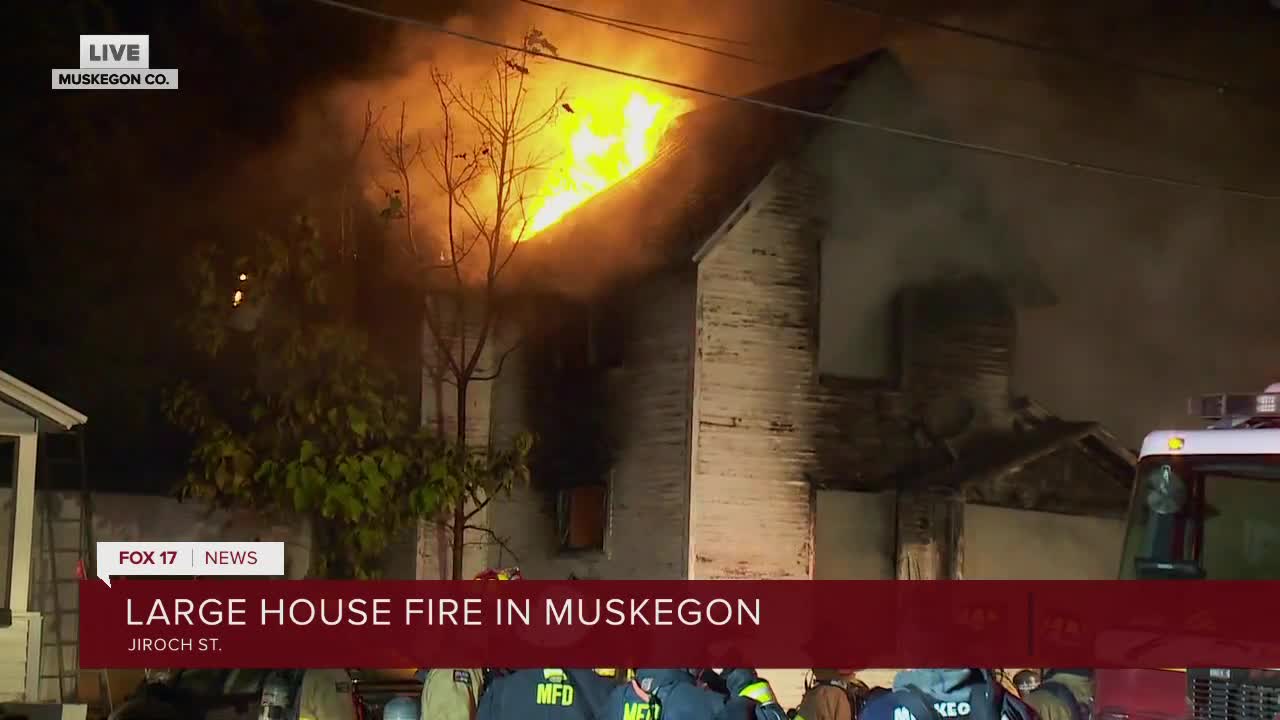 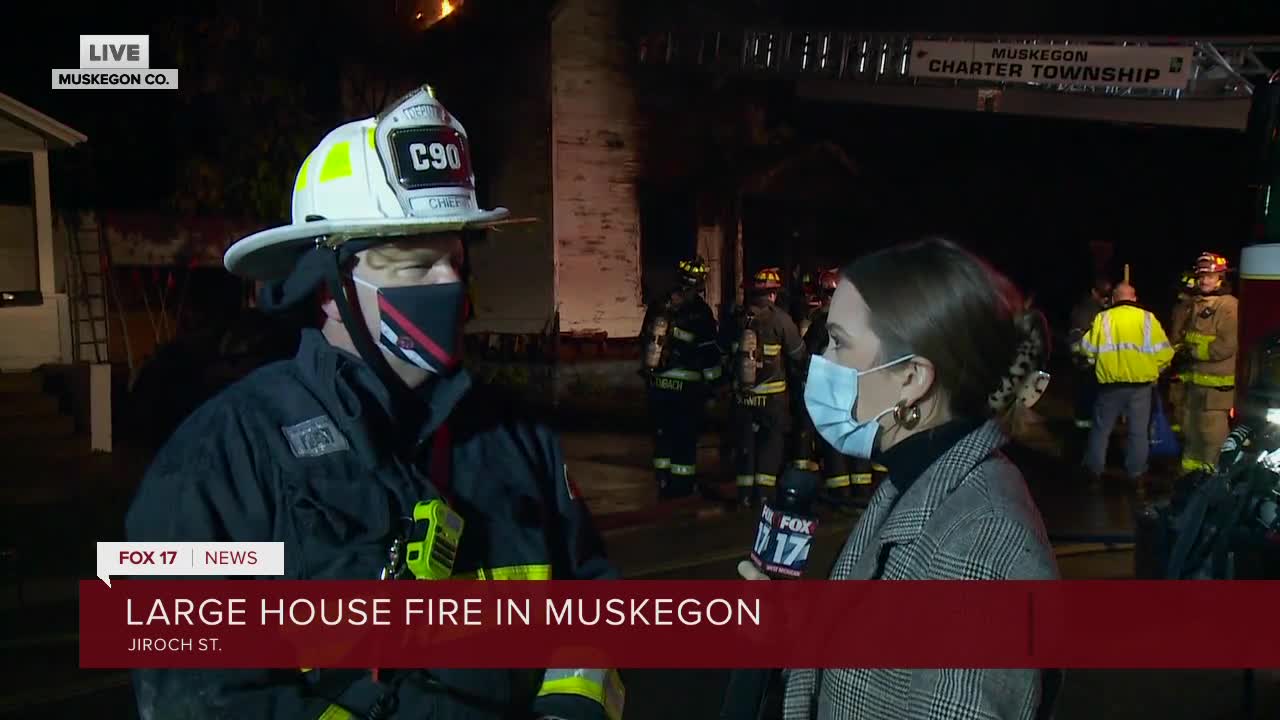 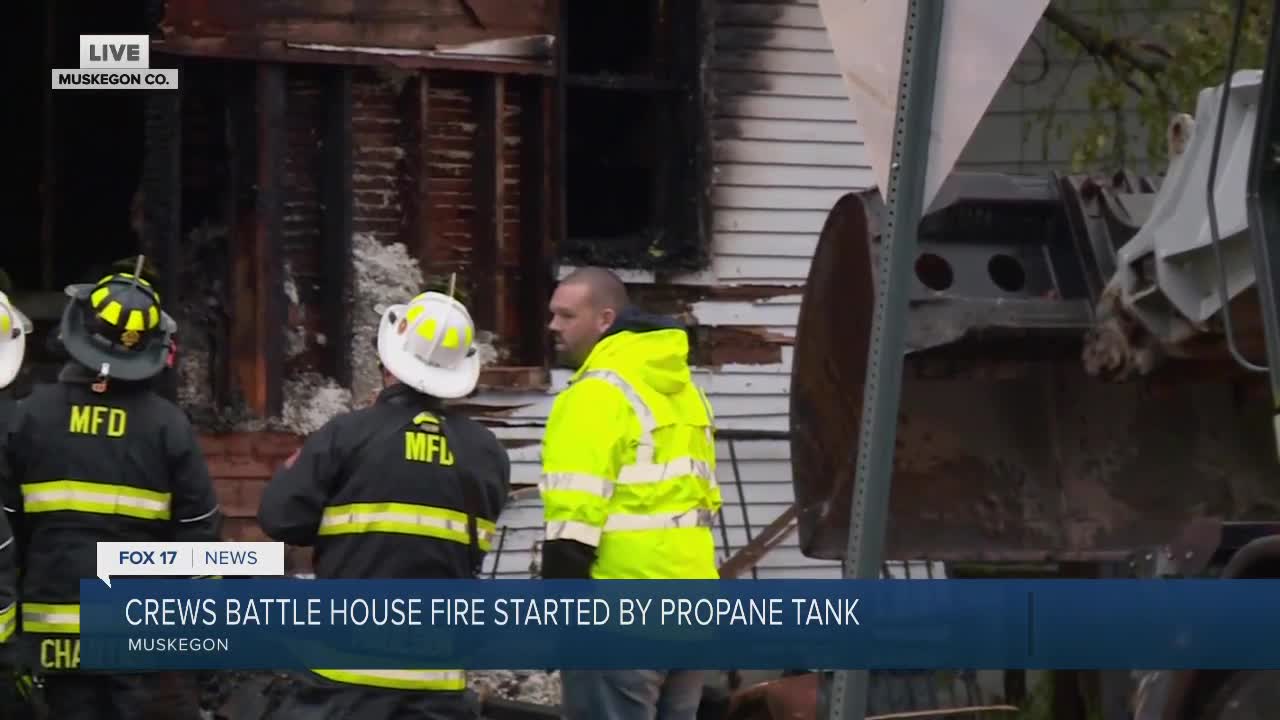 MUSKEGON, Mich. — Fire crews are still at the scene of a residential fire that they were called to around 4:30 a.m. Sunday morning.

The blaze destroyed the house.

When firefighters arrived, they found fire coming through the roof and fully engulfing the home, that's according to Deputy Fire Chief Jay Paulson.

He also confirmed that wind played a big factor in just how difficult it was to fight the flames.

Some nearby high voltage wires caught on fire as well, which made that job even harder.

Everyone got out and nobody was injured.

One of the neighbors, Carson Mulvahill, told Fox 17 that they heard, "a loud bang [...] which prompted us to come outside and when we came out we saw a lot of smoke and a lot of fire."

The second floor collapsed into the first floor, so heavy equipment is being brought in to help search for a possible victim.