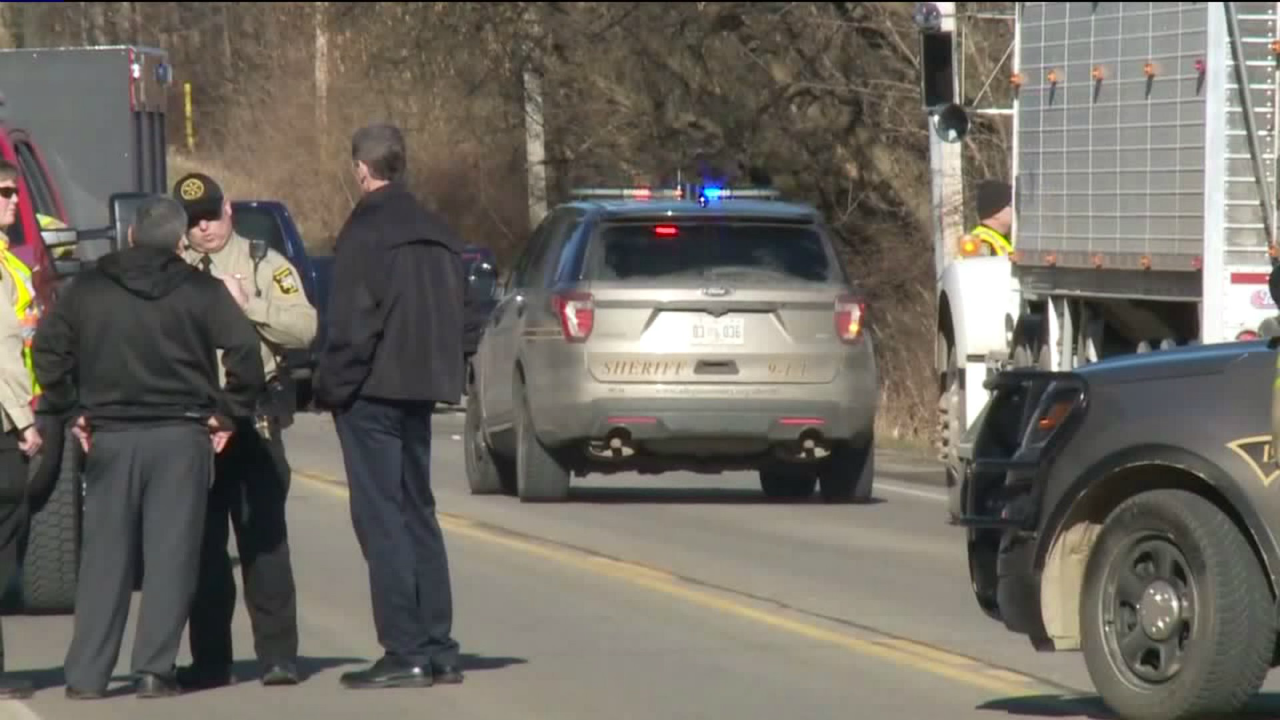 Copyright 2020 Scripps Media, Inc. All rights reserved. This material may not be published, broadcast, rewritten, or redistributed.
The scene of a crash on Jan. 6, 2020 in Gun Plain Township, Mich.

GUN PLAIN TOWNSHIP, Mich. — Authorities have identified a postal worker who was died Monday after her vehicle was hit while delivering mail Monday.

The crash happened around 12:25 p.m. on 10th Street south of Carrie Avenue in Gun Plain Township.

Sheila Gay Rackley, 55, was delivering mail to a home when her Postal Service vehicle was hit by a truck going south on 10th Street. The crash sent her vehicle into the ditch and caused it to catch fire.

She was pronounced dead at the scene.

The driver that hit Rackley’s vehicle may face charges in the crash.