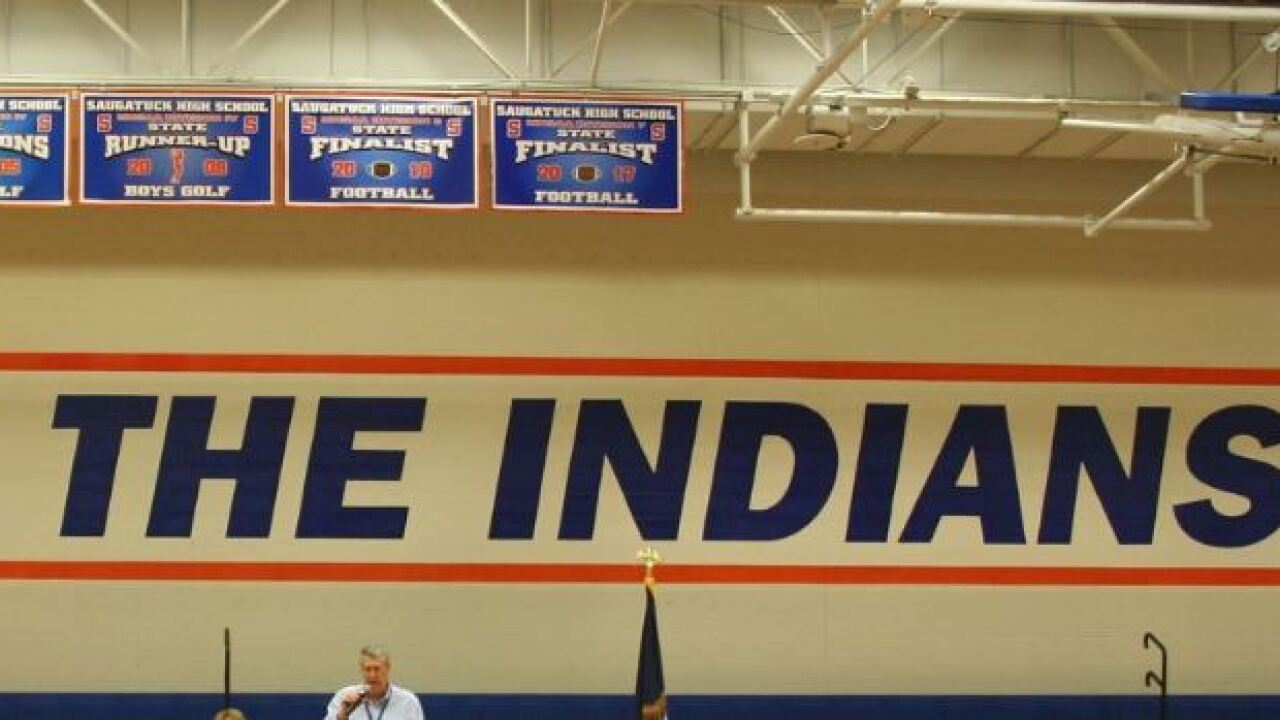 SAUGATUCK, Mich. (AP) — The man who painted a mural of an American Indian at Saugatuck High School gym in 1975 says he's willing to cover it up if the district drops the nickname.

The superintendent and school board president in Saugatuck say it's time to reexamine the Indians nickname.

The 800-student district discussed the issue Monday during a school board meeting held by video conference.

John Fox, a member of the Pokagon Band of Potawatomi, painted the mural decades ago.

He says he'd paint a new logo at no charge. The board didn't take a vote Monday, although many public speakers were in favor of dropping the nickname.