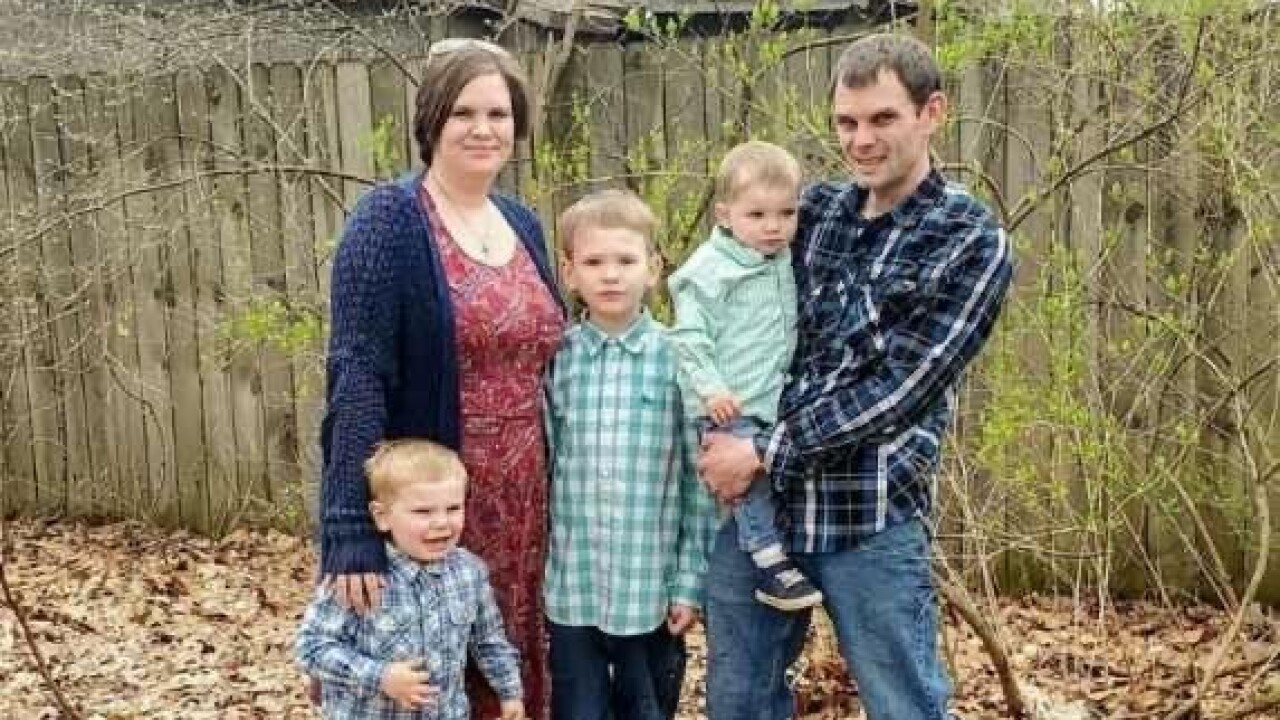 ALLEGAN, Mich. — Heather and Chris Malburg will do anything for their sons.

“With our oldest already having autism, we know that we’re special needs parents already,” said Heather. “We know that you have to do things a little differently, so with Waylon our life is going to be just a little bit more different," even if that includes moving from their Allegan home to Florida for the next few months so 28-weeks pregnant Heather and their baby, Waylon, can receive the medical treatment they need.

“We just know that he’s our kid, we’re going to keep him,” said Heather.

“Waylon has an extra large hole in the left side of his diaphragm,” said Heather. “Because of that, his stomach, his spleen, most of his bowel, and 25 percent of his liver are up in his chest cavity, so his left lung is hardly there.”

CDH affects roughly one in 3,000 pregnancies.

Surgery is required within hours of birth, but survival rates vary, depending on a hospital’s resources.

“As soon as they said that, I was like, No,” said Heather.

Its first-of-its-kind Center for Congenital Diaphragmatic Hernia boasts a survival rate of greater than 90 percent.

“It gave me hope and it gave me a chance to feel happy that we’re having another baby,” said Heather.

Due to COVID-19, Heather says the center is stretched thin on funding and cannot house the family. Other non-profits, like the Ronald McDonald House, are not accepting new clients either.

The family wants to stay together but says without assistance, that will not be possible. Chris’ company only covers six of the 16 weeks they would be in the hospital.

“It’s just going to be a lot on everybody, so it’ll be nice to have him there with me and to take care of our baby,” said Heather.

They’re hoping to raise $10,000 to pay for the living expenses before they leave in September. “It makes it so we can go down there,” said Heather.

They think it could give Waylon the chance to live his life.

“I think that all babies, they sense when their parents are stressed out, so if we’re not together as a family, then he’s going to sense that stress, which, just like being pregnant, is really bad for a baby,” said Heather.

“He (the doctor) can’t promise me what’s going to happen in the future, but what he can say is that (Waylon's) going to have a happy life regardless of the outcome,” said Heather.