Allegan County man pleads guilty to 1980 murder in Virginia, will be returned to Michigan on more charges 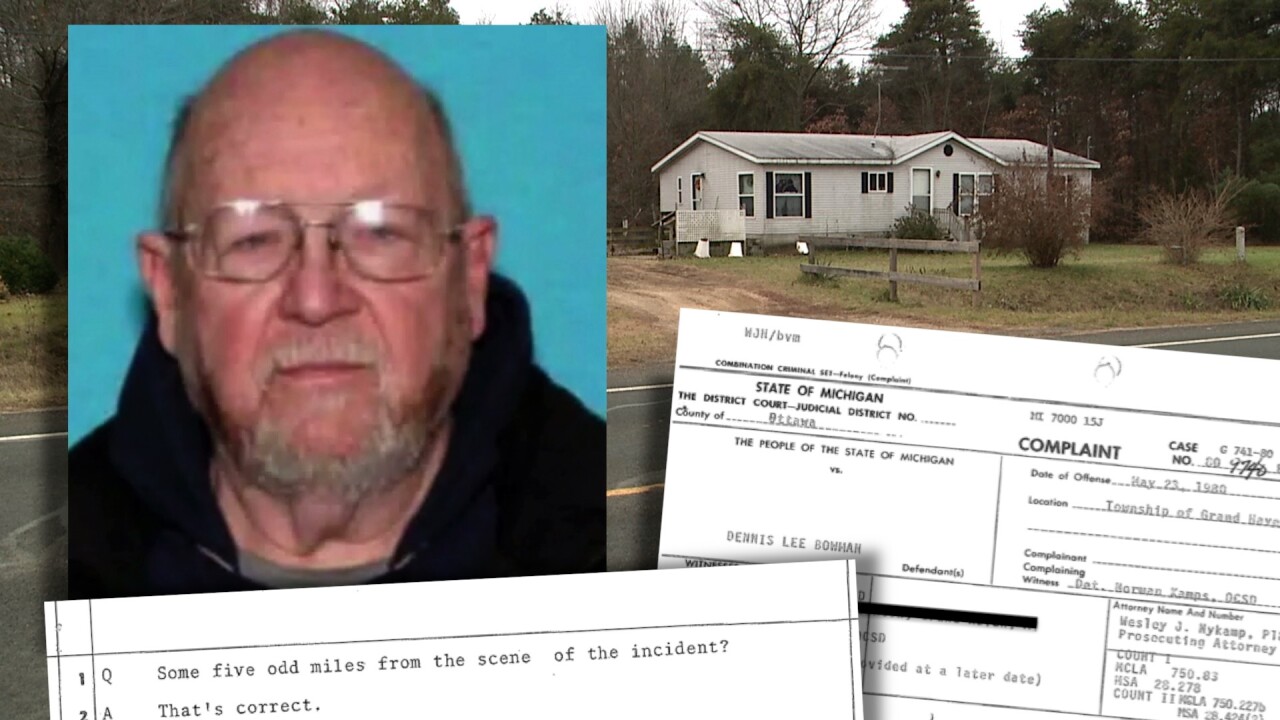 Copyright 2019 Scripps Media, Inc. All rights reserved. This material may not be published, broadcast, rewritten, or redistributed.
WXMI

NORFOLK, Va. — Dennis Lee Bowman, facing murder charges in Allegan County, pleaded guilty this week to charges in the 1980 murder of Kathleen O’Brien Doyle, who was 25 at the time and married to a U.S. Navy pilot who was on deployment. He was immediately sentenced to life in prison on murder and rape charges and to 20 years in prison on a burglary charge.

Bowman will eventually be returned to Allegan County to face charges of murder, child abuse, and body mutilation in the 1989 death of Aundrea Bowman, who as 14 at that time and had been his adoptive daughter.

Aundrea’s skeletal remains were discovered on Bowman’s Fillmore Township property in 2019 while investigators worked on the Norfolk murder case. She had gone missing in 1989.