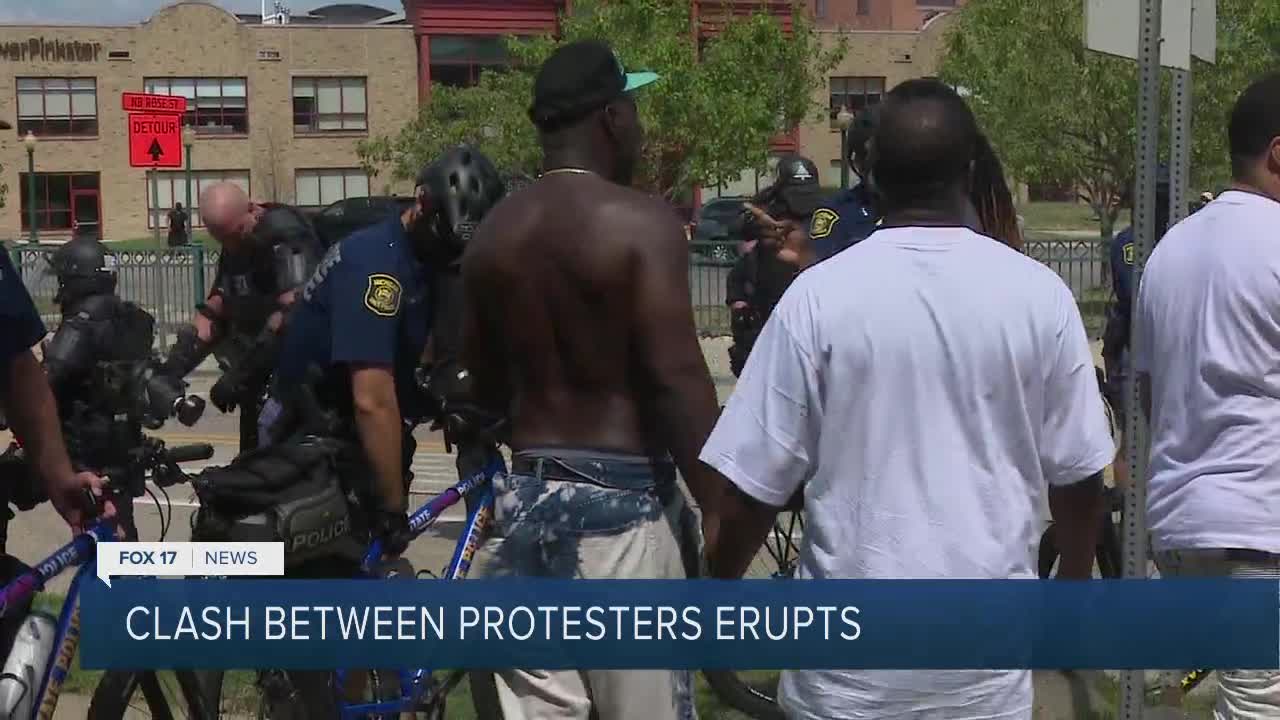 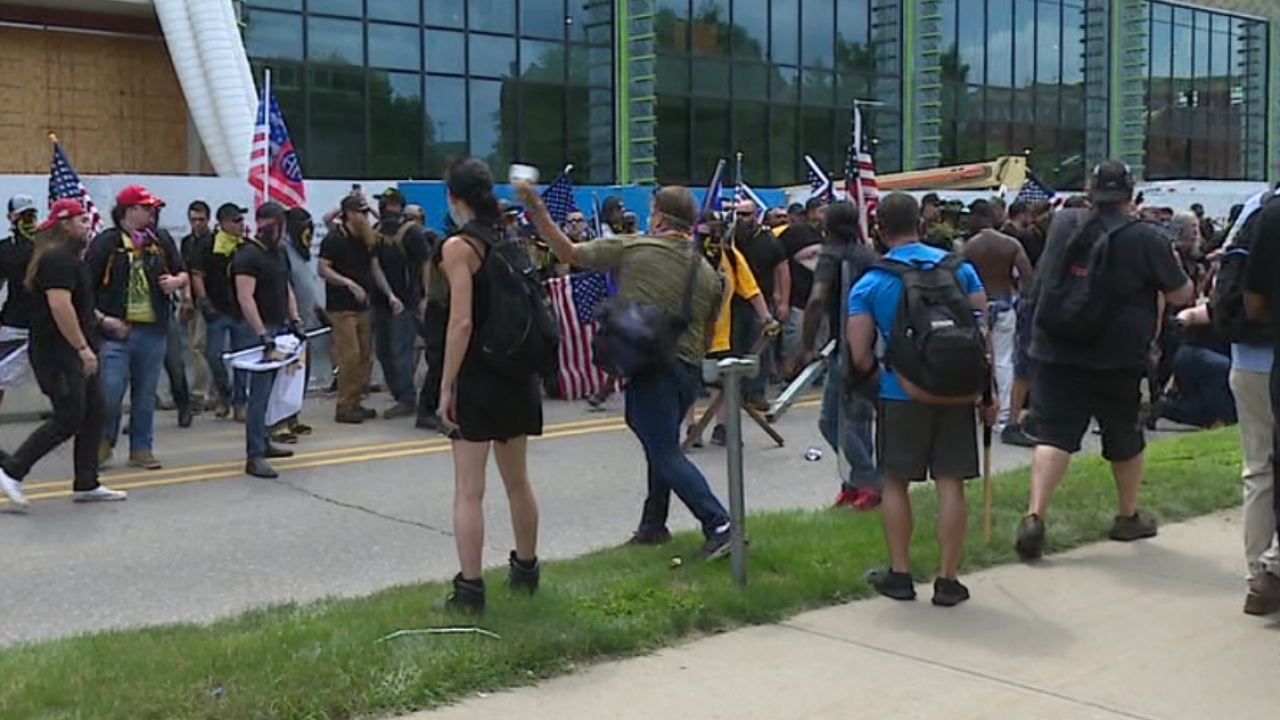 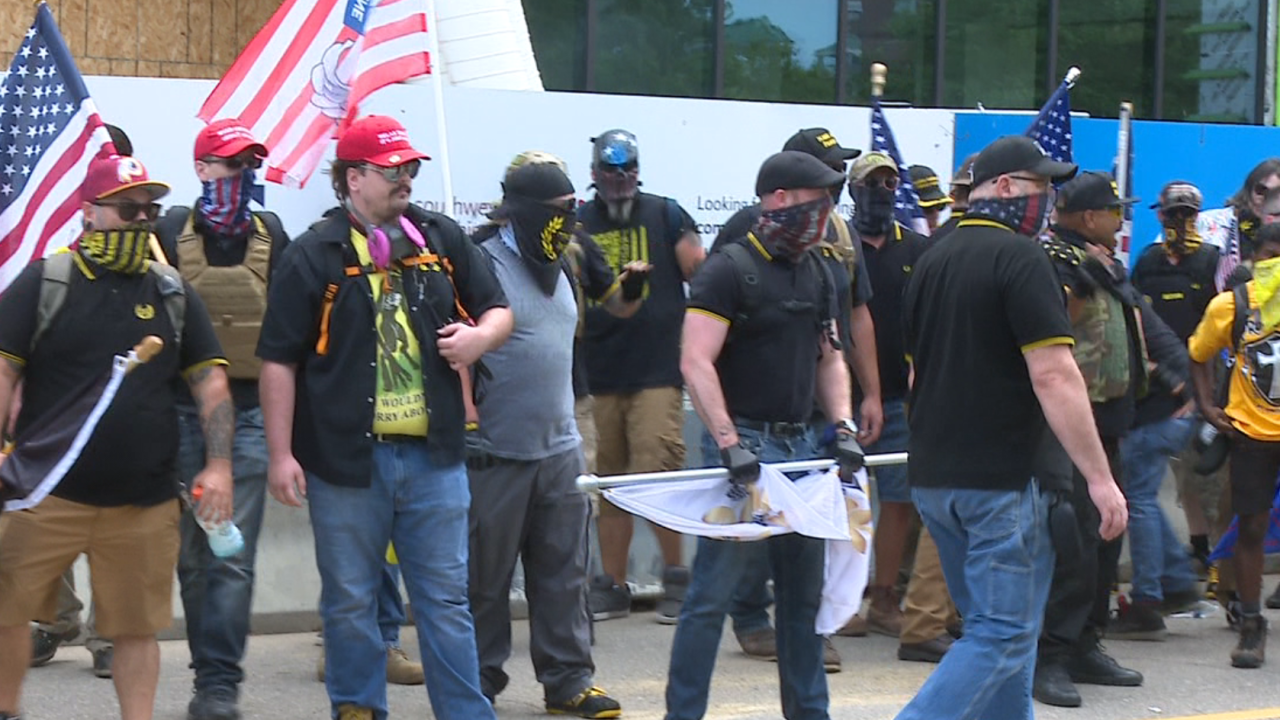 It started around 1:30 p.m. when The Proud Boys, which the Southern Poverty Law Center classifies as a hate group for its anti-Muslim and misogynistic rhetoric, marched down Water Street.

Counter protestors, who were gathered at Arcadia Creek Festival Place, walked alongside The Proud Boys as they approached.
Tensions rose with both groups yelling at each other, before the violence started.

The fight, which spilled onto Edwards Street, happened quick, lasting less than 30 minutes.

FOX17 saw people being punched and shoved, signs being thrown, and many people injured, with blood running down one man’s face and others washing irritants out of their eyes.

“We’re both covered in pepper spray, we both watched people get hit in the face,” said Noelle Massey, a counter protestor from Kalamazoo.

“I don’t want racists having the freedom to march down our streets without repercussions,” said Darrick Hubbard, another counter protestor from Kalamazoo.

Counter protestors say they met around 11 a.m. and described things as peaceful until the violence.

The Proud Boys eventually moved on, but police moved in, telling counter protestors to leave or face arrest.

A journalist at Live was also arrested. A Facebook live stream showed it unfold and a tweet from the reporter says he was charged with impeding traffic.

Counter protesters said the increased police presence frustrated them, with many saying police did nothing to stop the violence and after The Proud Boys left.

“All we were doing was standing against that with love in our hearts and instead we’re covered in pepper spray and being threatened to be arrested by the police,” said Massey.

“It’s just kind of a sad situation though, they all come into a town like this and cause you know a big disruption,” said one man.

Kalamazoo police told FOX17 officers did what they were trained to do and “treated people with dignity and respect.”