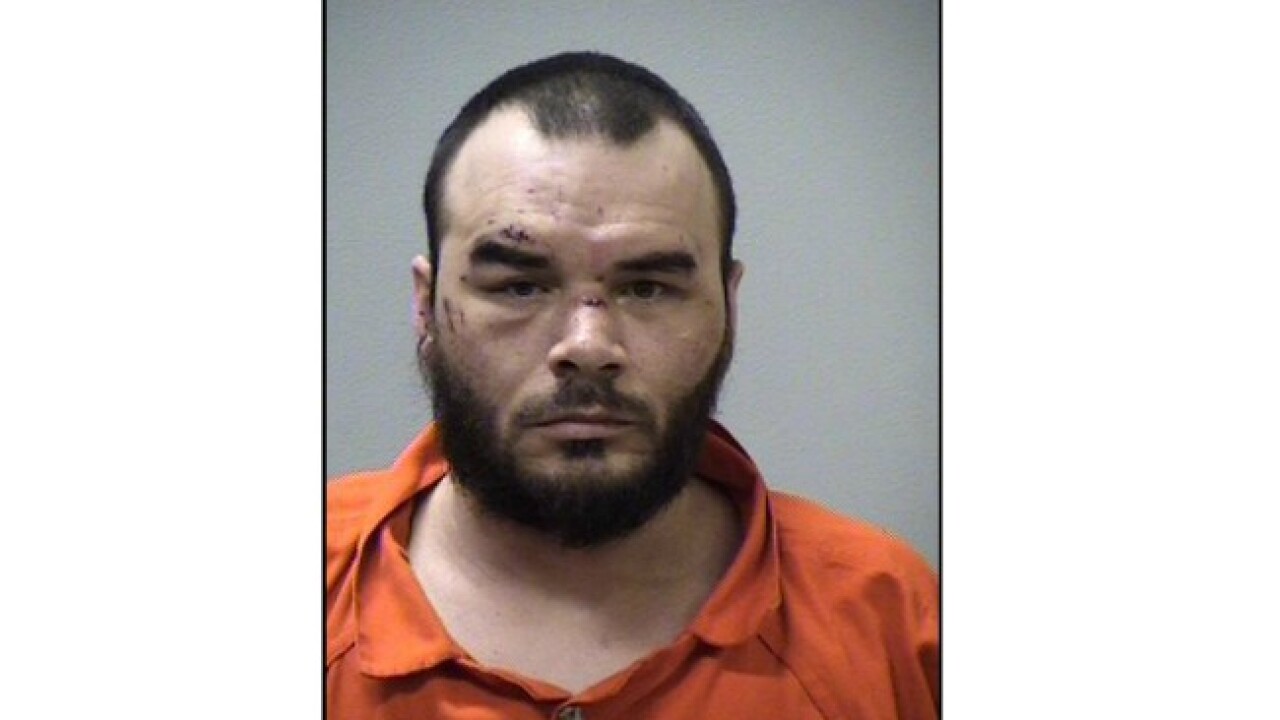 Copyright 2019 Scripps Media, Inc. All rights reserved. This material may not be published, broadcast, rewritten, or redistributed.
A mug shot of William Jones.

COMSTOCK TOWNSHIP, Mich. — A suspect has been charged in a home invasion that left a 22-year-old father dead and three officers injured.

Thirty-five-year-old William Paul Jones was arraigned Tuesday on 19 charges, including open murder, in the death of Christopher Neal.

Sunday night, police say Jones broke into Neal’s home on Proctor Avenue in Comstock Township while he was watching TV with his wife and 2-year-old daughter. Jones allegedly made the wife and child go upstairs and then took Neal into the back bedroom, telling him to call 911.

Officers arrived on the scene and set up a perimeter, trying to negotiate with Jones while waiting for the special response team. But when they heard a gunshot, they went inside. Jones then allegedly shot all three responding officers. Police say he then called 911 and when dispatchers asked if the caller was Christopher Neal, he replied that Neal was dead.

When SWAT officers arrived, they say they found Jones trying to escape from the home and he was taken into custody. Neal was found dead in the home and all three officers are expected to be OK.

At his arraignment Tuesday, Jones tried to rush along the court process, asking the judge, “If I plead guilty to all these right now, can I get sentenced today and hurry up and go to prison for life like everybody wants?”

Jones’ attorney stepped in and told him he was pleading not guilty.

He is expected back in court Dec. 18 for a preliminary hearing.