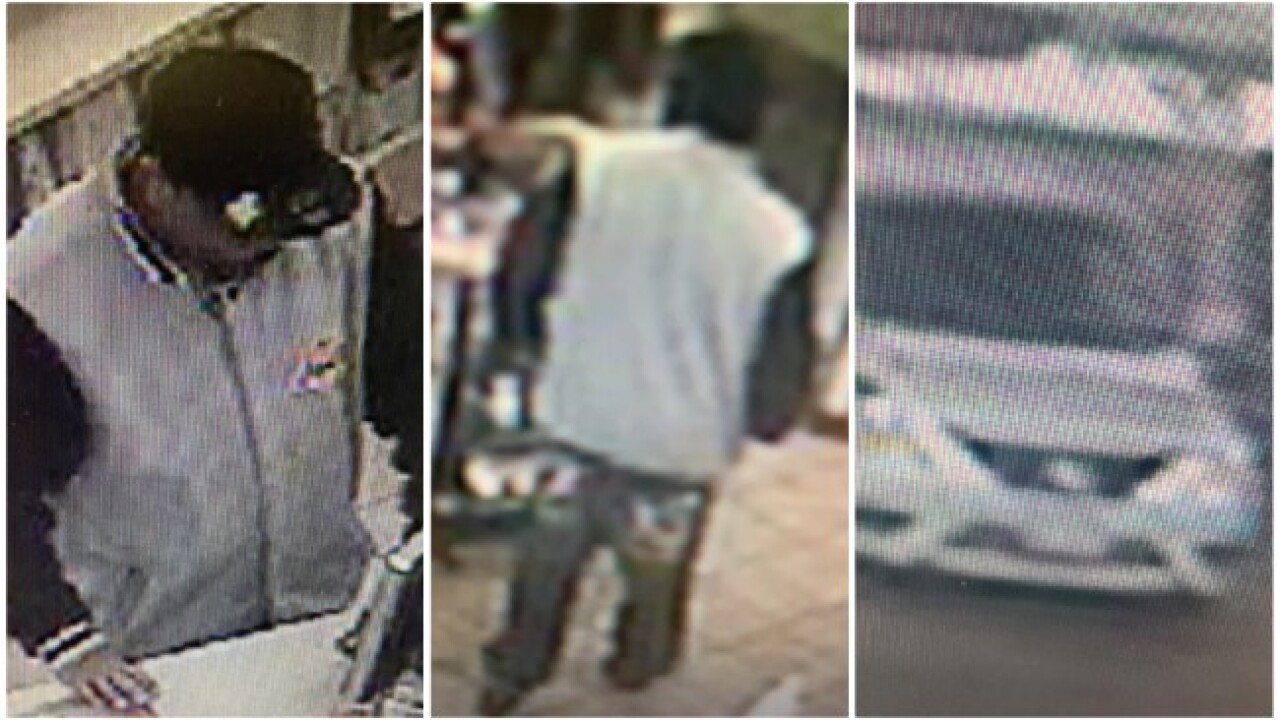 Copyright 2020 Scripps Media, Inc. All rights reserved. This material may not be published, broadcast, rewritten, or redistributed.
Surveillance footage of the suspect in multiple vehicle break-ins on Feb. 1, 2020 in Kalamazoo, Mich.

KALAMAZOO, Mich. — Kalamazoo police are looking for a man who they say has broken into several vehicles along Gull Road.

Officers were called Saturday morning to the area of Gull Road east of Sunnyside Drive after someone multiple vehicles had been broken into. Police determined the suspect took things out of seven vehicles over the span of an hour.

Using surveillance footage, investigators have found a suspect in the break-ins, but are now working to determine his identity.

Police say he is about 5-foot-8 with a stocky build and was wearing a light-colored jacket, blue jeans and a black hat at the time of the break-ins. He was seen driving a silver sedan.