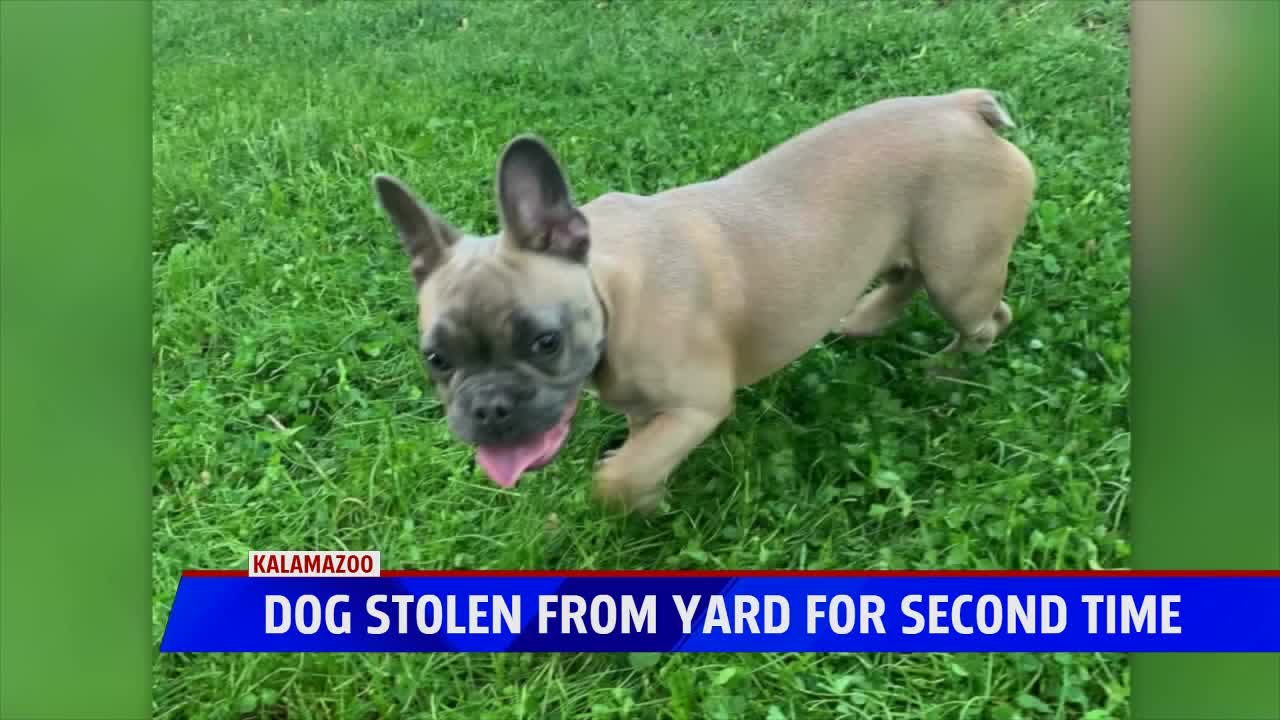 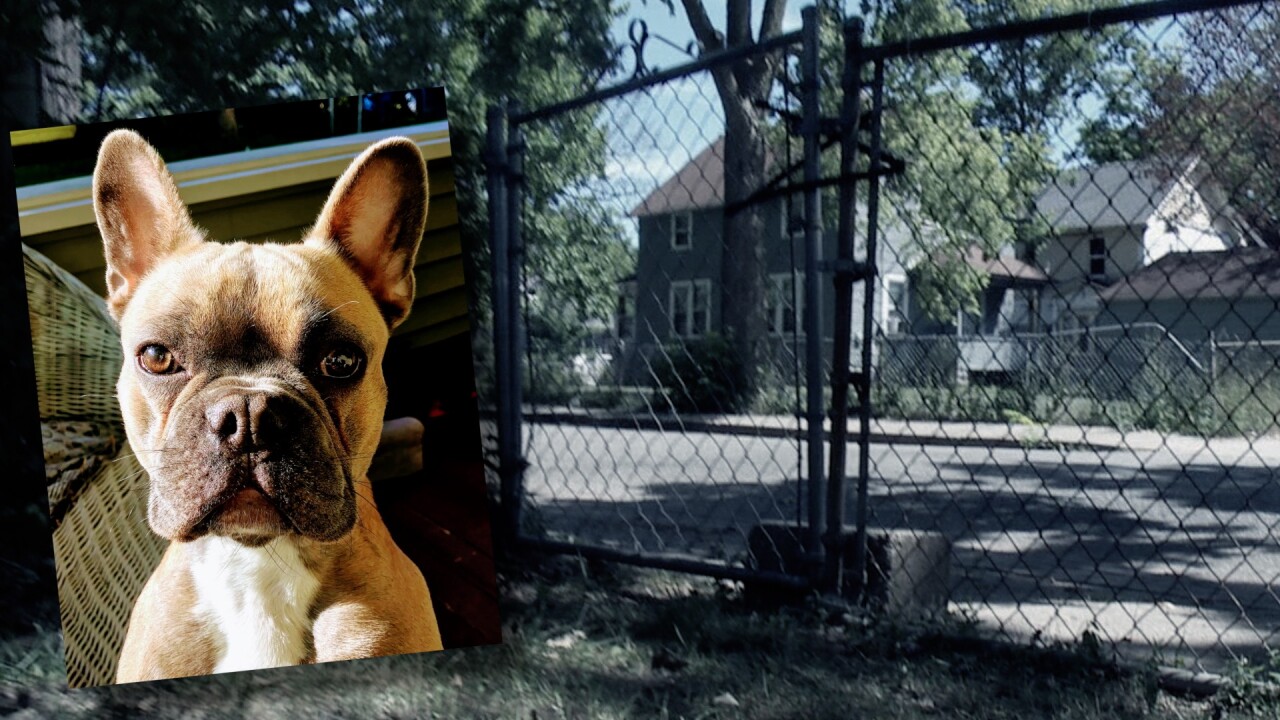 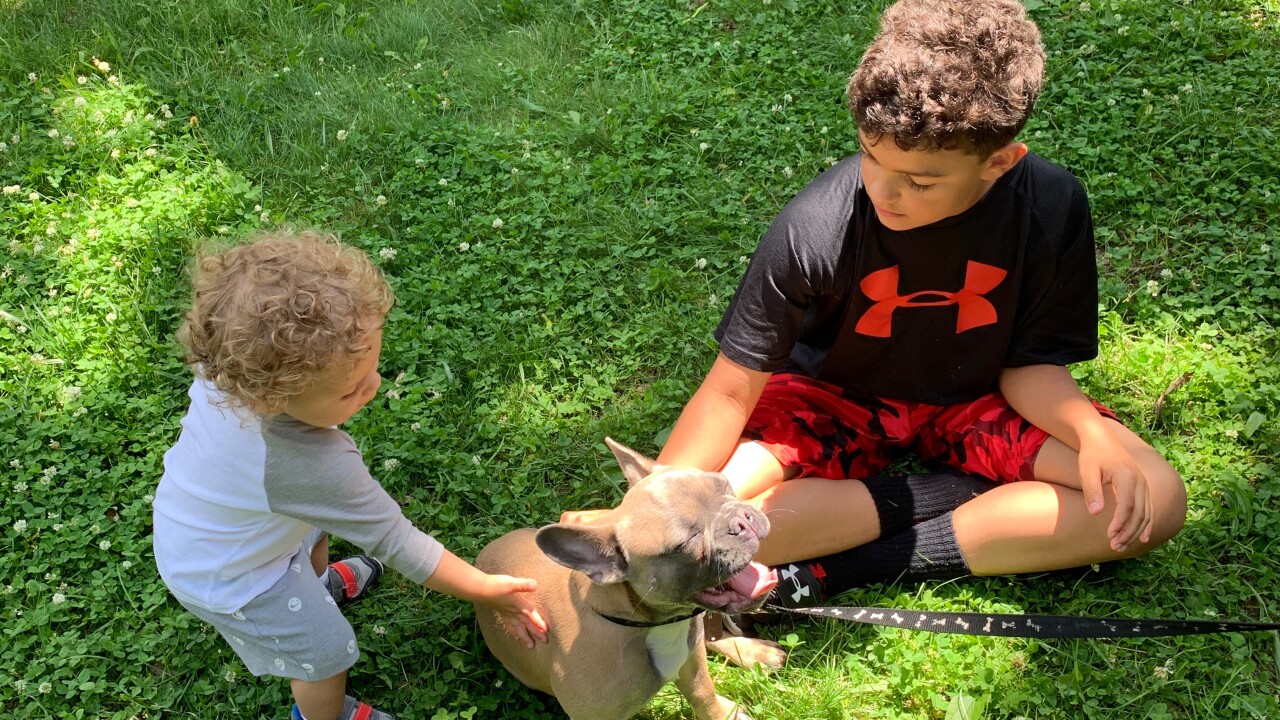 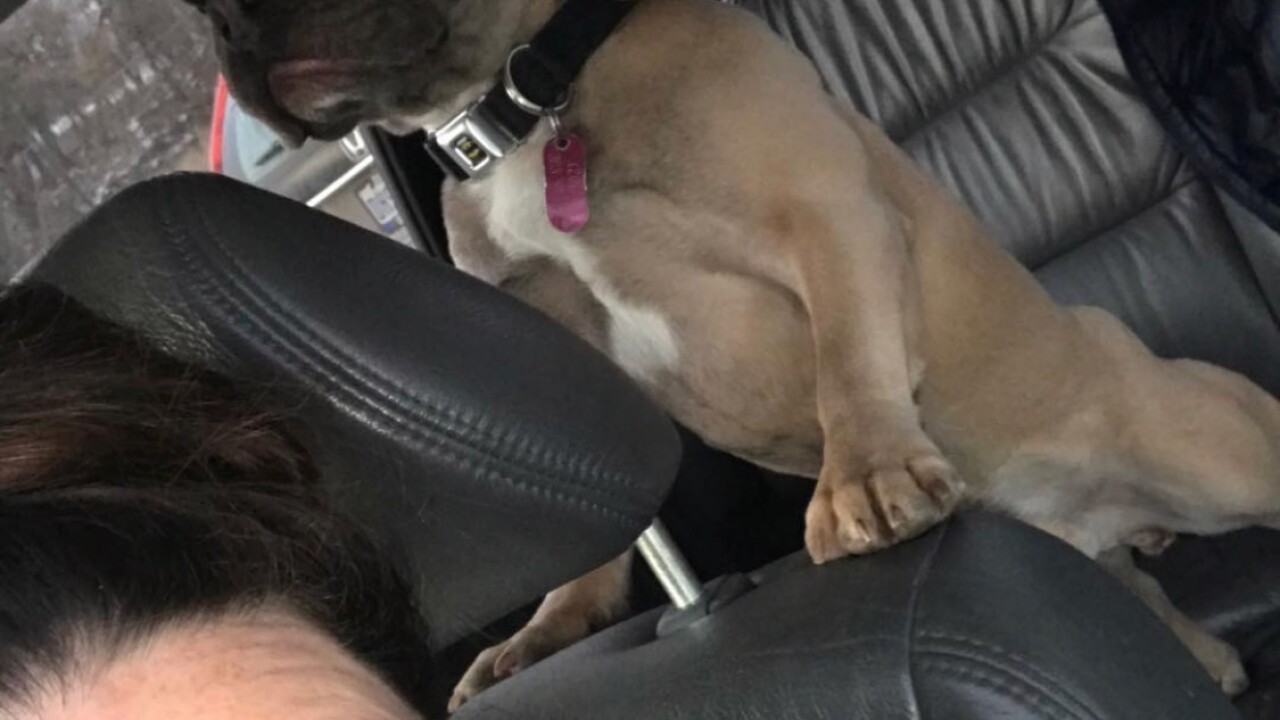 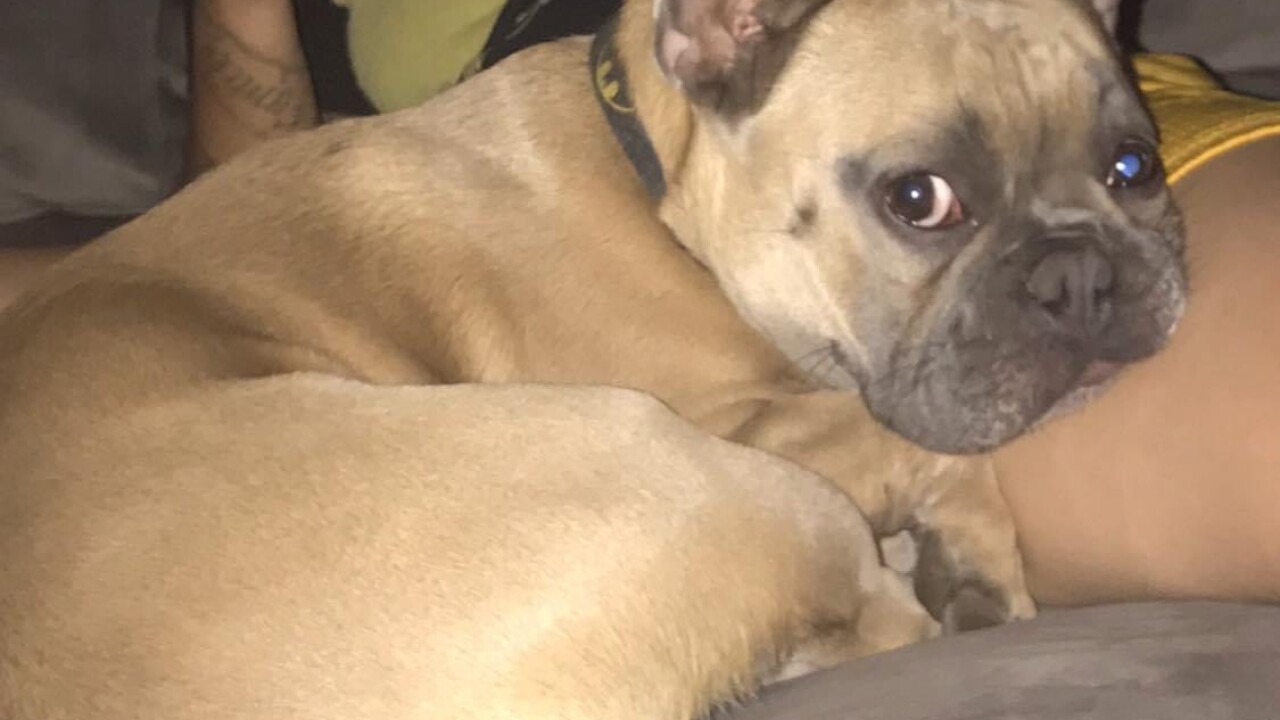 KALAMAZOO, Mich. — UPDATE: At midday Saturday, FOX 17 reporter Michael Martin learned that someone saw FOX 17's story below on Friday, recognized the dog as being at a residence in their neighborhood and informed the owners, who went and got the dog back safely from the people who had it and it is now back home.

A family is pleading for the public's help after they say their French Bulldog was stolen from their front yard for a second time.

Kannon, a feisty little French Bulldog, is just a year-and-a-half old. But this is not the first time he has been taken.

“He's an animal... he should be able to run free in his yard and play," his owner Jacquelyn Hobson told FOX 17 Friday morning.

It was a typical Thursday morning for the family when Jacquelyn let Kannon out in the front yard.

"He likes to go out to meet the mail lady every morning because she makes him bacon,” she said.

Just a few minutes after he had gone outside, she went to check on the dog.

“He normally comes running to the door as soon as he hears me click the door open, he didn’t. So I came around the porch and that’s when I saw our side gate had been pushed open and he was gone," Jacquelyn said.

She says Kannon would have had to be taken out the back gate, which is always latched up and blocked off with a piece of cement. But on Thursday, the rubber latch had been undone and the gate pushed open.

But even more puzzling than this dog napping in broad daylight, is the fact that this isn't the first time it's happened to the Hobson family.

"He was taken before," Jacquelyn told FOX 17.

Back in July of 2019, she says he was stolen from their front yard and later located at a home on the North end of Kalamazoo.

“Thankfully a really nice person messaged me and said, hey you know I saw someone post a picture of their new dog, could this be your dog? And it was,” she said.

They were able to have Kannon returned last time after posting his picture everywhere online they could think of.

"We were able to get the word out via social media. It had been shared over 600 times," she said.

So that is what they are doing now in hopes of bringing him home again. Still, Jacquelyn can't help but worry that he may be gone for good this time.

"Statistically speaking, will I get him back a second time? I'm kind of worried, like, what if we don't find him this time.”

The family did file a police report with the Kalamazoo Department of Public Safety, but more than anything they just want their dog back.

“My message to whoever has him.. if you’re enjoying him, think about how much we’re missing him and we’ve enjoyed him. We’ve had him since he was 6 weeks old. He’s part of this family.”

Jacquelyn says whoever took the dog can simply place him back in their yard and the matter will be done.

Otherwise, if you have any information about where Kannon might be you are asked to contact the Kalamazoo Department of Public Safety at (269) 488-8911 or send them an email here.