Dogs removed from home in Kalamazoo under dog-fighting warrant 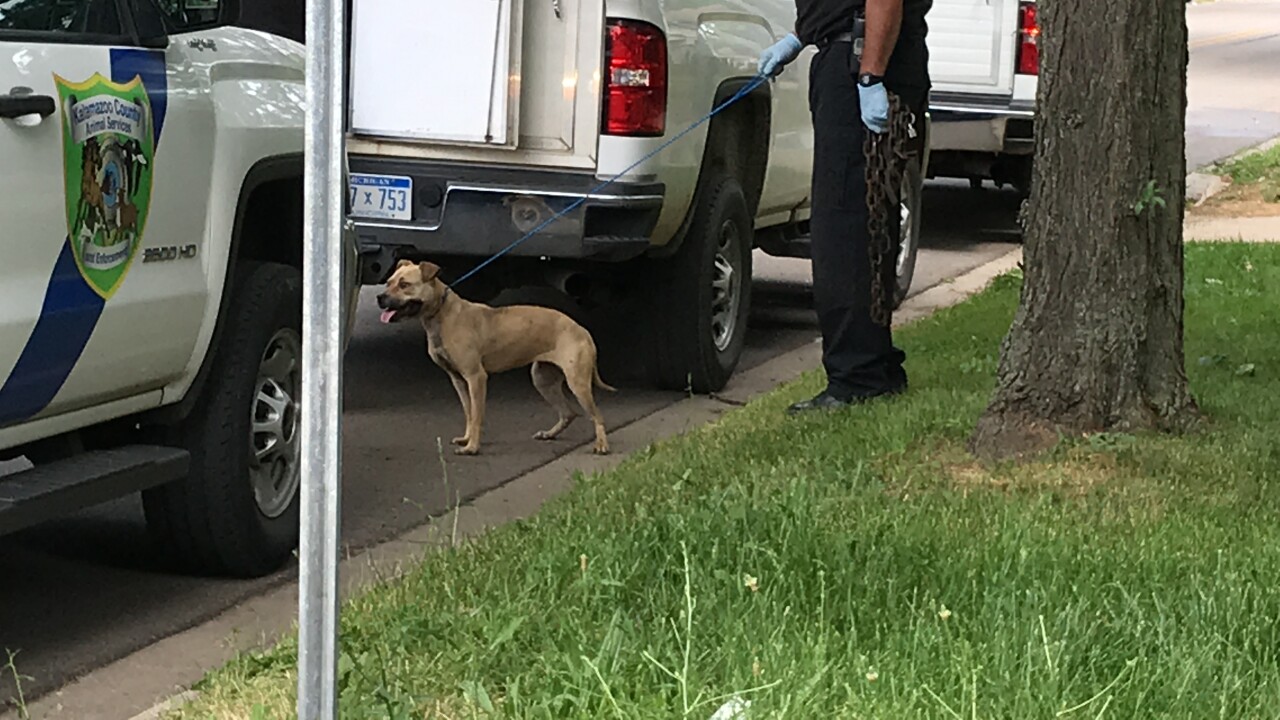 The Kalamazoo Humane Society was on-site for the removal.

“Right now there’s no immediate charges being filed but there was enough evidence to get a search warrant and to remove the animals,” said Julie Barber, director of community connections with the Humane Society.

Barber said authorities believe the dogs were a part of the dog-fighting ring.

Animal control said Wednesday’s removal was the third authorities had done in over a month. They first received a search warrant on May 18, where they seized 10 dogs from a residence. Then on the May 29, they got another search warrant to remove nine dog from a different home.

They said the entire investigation began when animal control received a barking-dog complaint in mid-May.

“When they get a complaint and the scenario fits what could possibly be dog fighting, they do follow up and they do get leads from the community,” Barber said. “It’s really important that our residents and neighbors are keeping an eye out because a lot of the time they’re the ones able to bring it to the attention of the officers.”

Barber said that the owner of the dogs of was not home at the time. However, charges may be possible.

“Dog fighting is a felony in Michigan and it’s not just the actual act of fighting the dog,” Barer said. “It can include maintaining property for the purpose of breeding or fighting or selling.”

The dogs were taken to the animal control faciltiy on Lamont Street next to the sheriff’s office.

Barber said they’ll be checked by a veterinarian while investigators continue to follow up on leads.

She added that at this time the dogs are not adoptable. The dogs are still owned by their owner. However, should the county get control of the dogs then they will be released to its rescue partners and put up for adoption.

“They’re just a dog and they’re just as capable of love and being properly trained and being wonderful animals to any other animal,” Barber said. “But, they are so exploited.”